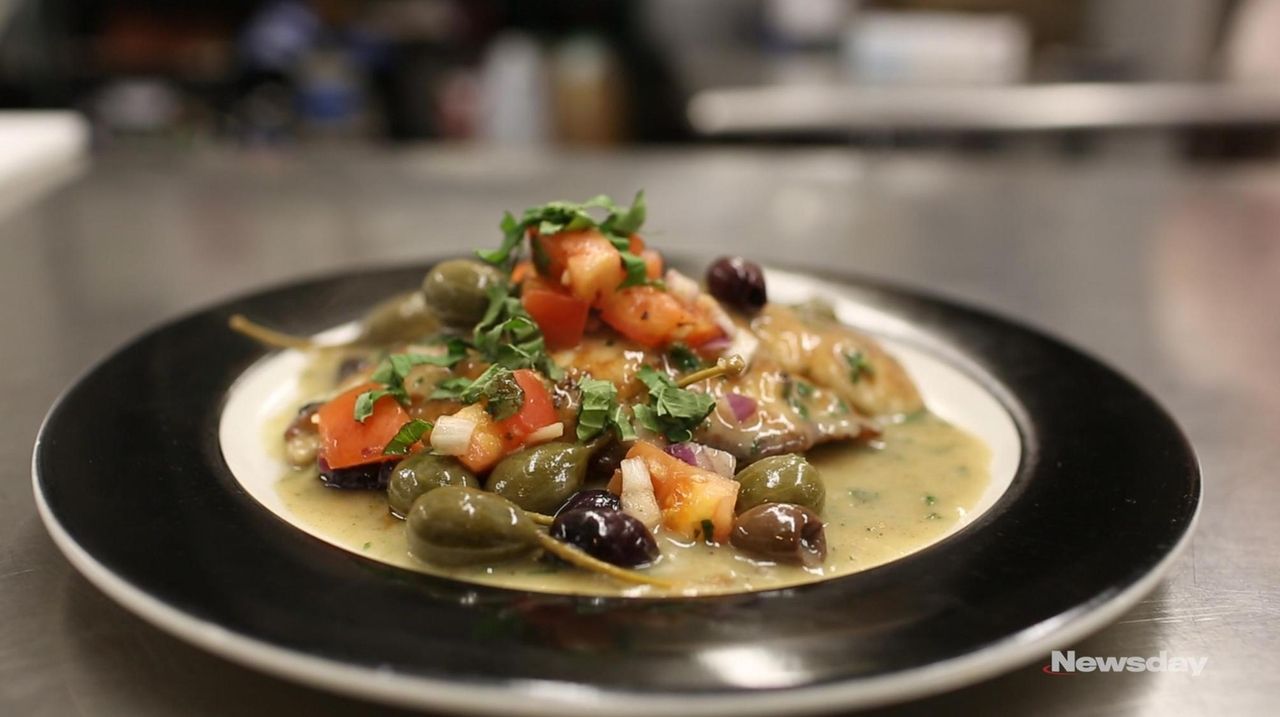 The Snapper Inn, situated on the banks of the Connetquot River, began as a fish stand in 1929 and is celebrating nine decades. On Saturday, April 6, chef Maureen Denning showed off a dish featured on the new spring menu, a sauteed Florida red snapper served with an herbed risotto, caper berries and calamatta olives, topped off with a tomato bruschetta. Credit: Yvonne Albinowski

The Snapper Inn, which began as a fish stand in 1929, is celebrating its many decades, situated on the banks of the Connetquot River, getting younger with the season.

Henry Remmer, an immigrant from Germany’s North Sea coast, became a successful businessman in Brooklyn and Sayville. He’d been in the soda fountain and candy trade, and then went east. He started a family rowboat and bait operation.

Remmer bought some waterfront land and eventually established The Snapper Inn, named for the small bluefish, which proved to be a big catch.

From the Great Depression through superstorm Sandy and what followed, The Snapper Inn has endured and become a local landmark.

The Remmer family continues to own and manage the now-sprawling restaurant, bar and catering facility. The niece of current owner Richard Remmer, Kerry Blanchard, is the general manager. The site of innumerable parties for weddings, anniversaries, showers, birthdays and more, the main dining room, rebuilt post-Sandy, seems decorated with balloons every weekend and a site for festivities almost daily.

And if you’re 90 years old, bring a valid identification and join in. You’ll receive a free entree.

Naturally, the woodwork is very polished all around. There are glass-enclosed models of sailing ships and a vintage, evocative rowing shell at ceiling height above them. The stained glass window that decorates the nearby “balcony room” is from Henry Remmer’s candy store. His two-masted fishing boat, from the 1880s, shares docking facilities and has been active on Great South Bay.

The history around the restaurant extends to Remmer’s recipe for sauerbraten, a tender, mild mainstay, flanked by red cabbage and a potato pancake. It’s a suitable main course during the cool-weather months.

Skip the timid seafood fra diavolo on limp linguine in favor of the substantial fried seafood platter of flounder, sea scallops and shrimp. The best of the seaside main courses, however, is the pristine steamed lobster, weighing in at 1  1/2 or 2 pounds. It’s sweet and flavorful enough to let you ignore either drawn butter or lemon.

Diners averse to fish can veer toward the respectable, boneless prime rib, a husky slab that you can imagine as the popular pick at a wedding reception. Same for the velvety, 8-ounce filet mignon. No need to have the former blackened or the latter au poivre. Au jus will do. And the 1/2-pound cheeseburger is available at lunch and dinner. Grilled asparagus and sauteed spinach are the preferable sides.

But The Snapper Inn could use something else.