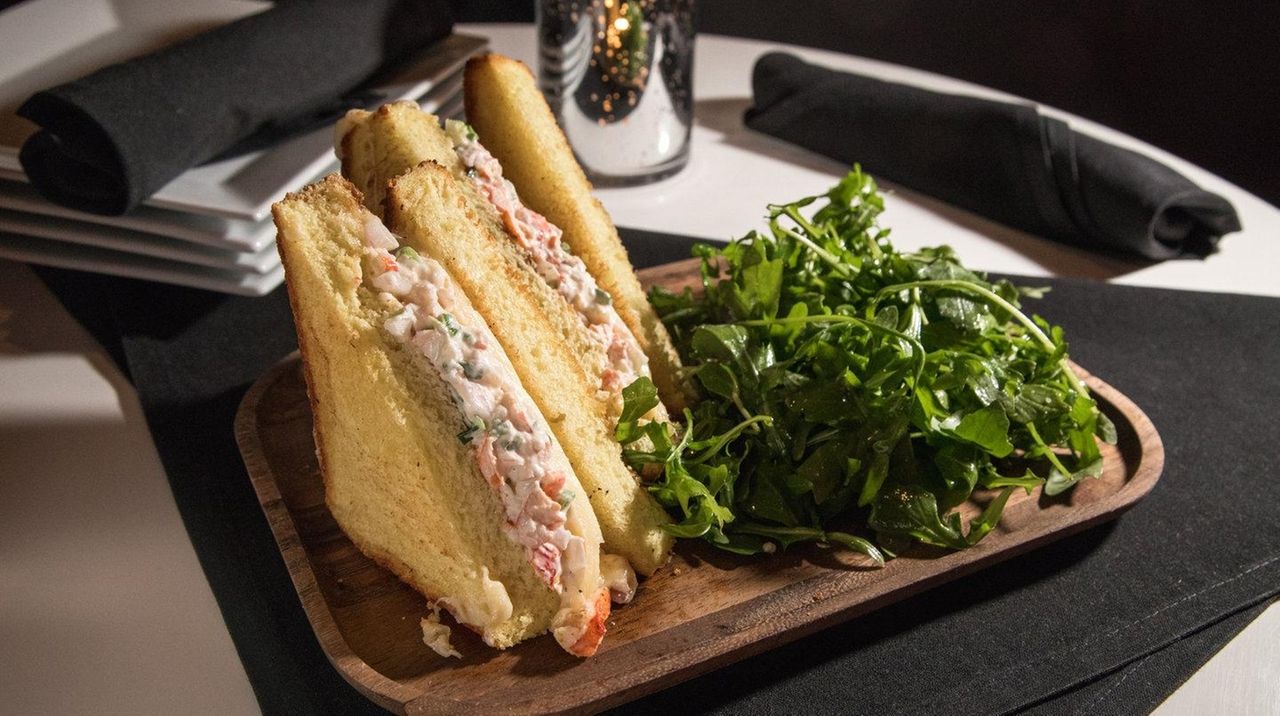 On Wednesday, Jan. 3, 2018, Newsday got an exclusive look into Vienna of Roslyn, a nightclub that serves small plates, which include lamb and lobster mac-and-cheese.  Credit: Jeremy Bales

AMBIENCE: Downstairs, a stone-lined pub; upstairs, a firelit lounge with a swanky feel

SERVICE: Relaxed and friendly, if occasionally sparse on details

Night spots are rarely known for their food. Bottle service and bass-driven music, maybe, but lamb rib chops or pizza? They’re often tangential to the experience.

At Vienna of Roslyn, though, chef Frank Falgiano isn’t dialing it in. Instead, he takes the rich, unfussy small plates that often go with drinking and dancing and presents them in ways that make you feel cared after.

The 19th century building that houses Vienna was, until a few months ago, Chalet. In the fall, Matt Prince — a longtime off-and-on-again nightclub owner (the Island’s two Bogart’s night spots were his ventures) bought and rehabbed the building, inside and out. Then he named it for the Billy Joel ballad whose first few lines might play in your head each time you hear the name. (Slow down, you crazy child . . .)

Vienna has multiple identities — an atmospheric, stone-lined tavern downstairs and an upstairs lounge and event space with a crackling gas fire, white couches, chandeliers, fuchsia lights, a DJ booth and another bar, plus two cozier side dining rooms. An oversized painting of Michael Jackson hangs near the fireplace, and the DJ might spin Bonnie Tyler’s “Total Eclipse of the Heart” — a clue as to the type of crowd Vienna hopes to attract.

Separating the tavern and lounge are slightly uneven stairs that reinforce the sense you are wandering through an old house, one with a transportive vibe.

While the downstairs tavern offers basic bar plates (burgers, wings and a quesadilla among them), it’s upstairs where Falgiano, once the chef at Babylon’s Barrique, shows off his skills with a suite of unexpectedly sating small plates.

Each table is fitted with a stainless-steel pizza stand, a not-so-subtle encouragement toward one of Vienna’s thin-crust pizzas. Though the kitchen brings in shells from elsewhere, they make for well-crafted, thin-crust pies, such as a basil-flecked margherita pizza that is surprisingly good. However, when another margherita showed up one night instead of the Grandma pizza that was ordered — and sent back to be replaced — the pie that reappeared looked suspiciously like the margherita, albeit with breadcrumbs on top.

Rich burrata finds its counterbalance in fig jam and a skein of fresh arugula. Tuna mini-tacos (five to an order) in crispy corn shells are yummy but a touch too drippy; better is a lobster-stuffed grilled cheese on butter-soaked toast oozing with melted Gouda, sort of a higher octave of a tuna melt.

Braised short ribs over creamy mashed new potatoes are falling-apart tender, and served in a skillet. Peppery grilled lamb ribs are perfectly cooked, while veal-laced meatballs, daubed with ricotta, echo the ones an Italian grandmother might make — seriously. Steak fries sprinkled with truffle oil seem slightly dated but were a crowd-pleaser at our table one night.

It ain’t all heavy — a feta-watermelon salad is a refreshing foil to such filling food — and it isn’t all a smooth ride. Lobster-topped guacamole seems like an unnecessary melding of the two, and way too salty. Sliced flat iron steak, though generously portioned, was downright parched, and sautéed shrimp over saucy polenta lacked pop.

Vienna’s servers are mellow and familiar but may not be as familiar with dishes, and especially drinks, as you might like. By early January, Vienna still didn’t have a printed drinks menu, a surprising gap for a lounge; verbal recitations of beer and wine were scant on details, and ordering a cocktail is old school: Know what you want, and the bar will make it.

Because Vienna is an events space with a busy schedule of parties, bar mitzvahs and the like, the upstairs lounge can be closed off at any time — so check the club’s website, even though you usually can grab a seat in the tavern.

To call Vienna’s small plates “cheap” is slightly deceiving: Prices, from $9 (for the dip) to $22 (for the lamb), mean the bill can climb quickly. Despite its quirks and flaws, though, Vienna has enough atmosphere, and talent in the kitchen, that it’s a place where you can take the phone off the hook and disappear for a while.