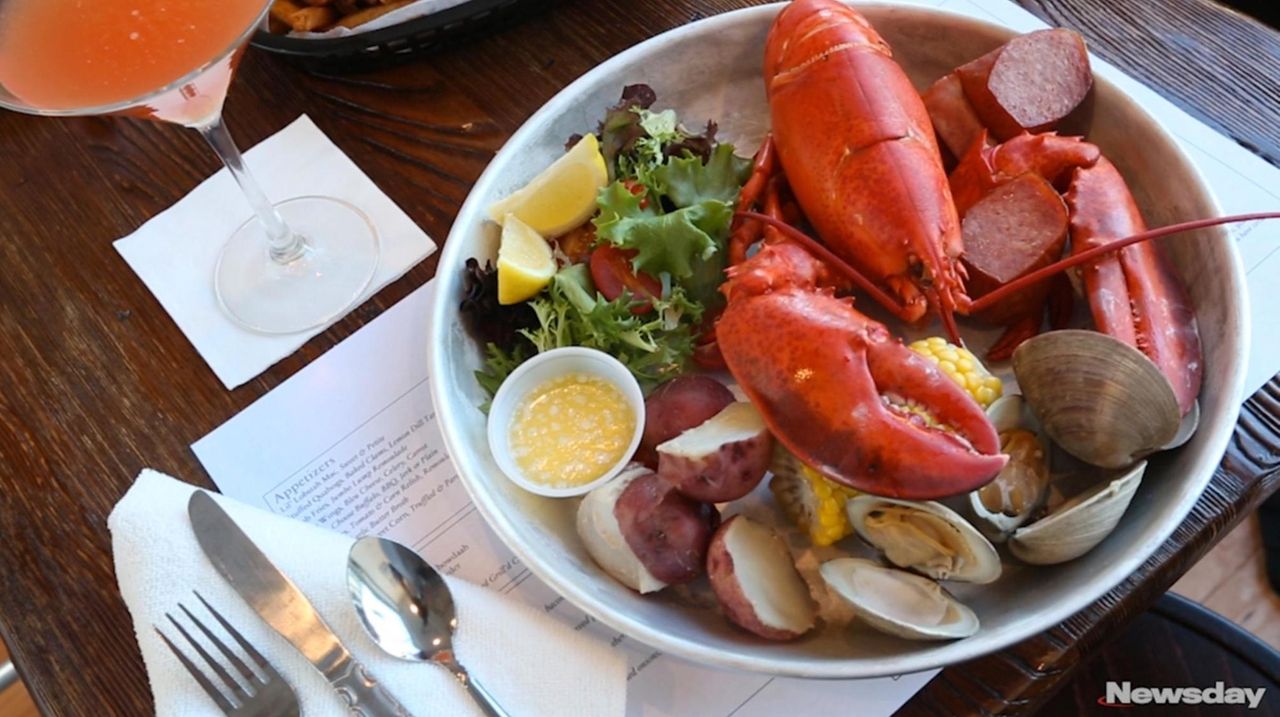 Owner L.J. Sealey-Ashford takes a creative approach on bringing the taste of Cape Cod to the hub of dining out in Nassau County at The Village Raw Bar in Rockville Centre.  Credit: Bruce Gilbert

AMBIENCE: Down the Cape

Wicked pissah in almost every way, The Village Raw Bar brings a taste of Cape Cod to the hub of dining out in Nassau County.

Rimmed with white beadboard wainscoting that gives way to a cream paint job, the storefront that once housed a Subway sandwich shop has been transformed. Go elsewhere for grinders.

It’s a briny-sweet addition to a downtown that could use more splashy seafood and casual style. Owner L.J. Sealey-Ashford’s family has a raw bar in Hyannis. That inspired the look and the food here.

About 30 contented diners slip into the place, which is approximately two bowling alleys wide. The bar itself is an easygoing perch to down all those oysters listed in the blackboard. But arrive on the early side to land a table,

And immediately start with oysters on the half shell: pristinely marine Lucky 13s from Great South Bay and savory Pine Islands from Oyster Bay; salty-sweet Mookie Blues from Maine; coppery Malpeques from Prince Edward Island; light and polite Beausoleils from New Brunswick; salty-earthy Spring Creeks from Barnstable on Cape Cod, and up to 10 others every day.

Stuffed and baked quahog clams also are a flavor-packed opener, more than the modest crabcakes, which do benefit from tomato-and-corn relish. The “lobstah mac,” with claw and tail meat enriching the macaroni and cheese, still could use more seasoning. Crab fries tangle the jumbo lump meat with crisp potatoes, boosted by sauce rémoulade.

But the most vivid way to go post-oyster is the coral-hued lobster bisque, with morsels of shellfish poking through the surface. It’s one of the best within driving distance. The New England clam “chowdah” earns its accent, creamy and warming, ready for those Westminster crackers.

From there, move on to the whole Maine “lobstah” pot, an expert steaming, with potatoes, corn on the cob, coleslaw and a generous cut of smoky, snappy kielbasa. You can gild it with peel-and-eat shrimp or littleneck clams.

The Village Idiot smartly designates broiled lobster, capped with jumbo lump crab meat, truffled corn and buttered Parmesan crumbs. Athena’s Platter, either fried or broiled, hauls in shrimp, scallops, clams and cod. The fried version stands out, along with the fish and chips.

Al dente spaghetti is the cushion for a respectable fra diavolo-sauced combo of shrimp and mussels that’s buttressed with olives.

Cast-iron-singed sea scallops, however, veer toward overdone, despite the pomegranate glaze. And Poseidon’s Trident translates into an unwieldy bun overloaded with routine crabcake, shrimp, clam strips, coleslaw, lettuce and tomato.

You’re much better off with the satisfying, summery lobster salad roll, which finishes well ahead of its warm-and-buttered competitor.

To accompany all this, try a can of Barrier Brewing Co.’s Azores pilsner; or, if you’re in a darker mood, the Oceanside brewer’s bottled Morticia Oak Aged Russian Imperial Stout.

The bar offers excellent “signature juices,” too, among them a blend of freshly squeezed lemons with basil and ice; and a fauxito, made with freshly squeezed limes and mint. The creamsicle playfully brings together orange juice, whipped cream and cinnamon — dessert in a glass.

The avenue is packed on weekend nights. But, eventually, you’ll be able to pahk the cah.