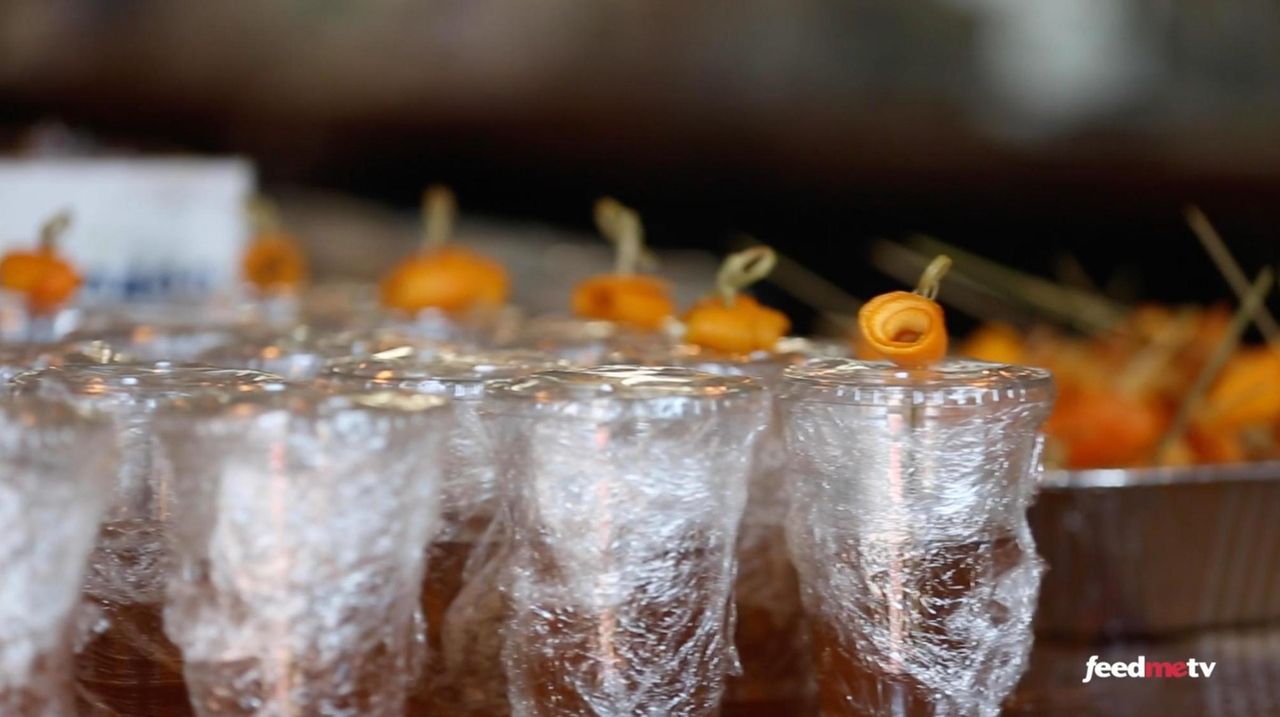 Sayville's Joelle Barroom + Cafe, South Shore Dive, The Portly Villager and Sayville Athletic Club teamed up May 7 to provide a virtual bar crawl experience for their patrons. For a fixed price, customers received two drinks and one appetizer from each of the four restaurants, delivered to their homes throughout the day. The restaurants also hosted live music and giveaways on their social media accounts. Credit: Yvonne Albinowski; Jake Byrne; James Caporuscio; Frederick Maloney

One is a novelty, two the stirrings of a trend. When you get to three, four or even five virtual pub crawls, you know you might be in the midst of a craze — a welcome one at that, at least when it comes to supporting restaurants and bars.

These virtual happy hours are spreading like embers along the South Shore. How long until the make it to the shores of the Long Island Sound? It's hard to say. For now, lucky residents of these communities can engage in a newly hatched ritual of having drinks and vittles dropped off at their door, often accompanied by live music or events streamed on Instagram.

“I thought it was a lot of fun, a super-creative idea and a good way to keep local businesses afloat,” said Jennifer Gienau, an engineer in Patchogue, who took part in one of that town's first crawls.

Here are the five currently running virtual pub crawls, in the order in which they appeared.

The first Patchogue virtual pub crawl was also the one that paved the way for all others on Long Island, and it was a hit: 40 people got knocks on their doors every hour, and goodies such as fried oysters, vegan fruit tarts and bottled manhattans appeared on their doorsteps. The next week, Instagram-live music and bingo games were added. The event (organized by Better Man Distilling Co.) is still happening every Saturday, at least for those who live within four miles of the Patchogue Theater. Past and present participants include The Cheese Patch, Fulton’s Gate, Bobbique, Arooga’s, Great South Bar, The Village Idiot, That Meatball Place, PeraBell Food Bar, Rhum, Rudi's, Brickhouse Brewery and Peach and Pine Cafe. The event has two sessions, afternoon and evening, and costs $89 for two people or $158 for four. More info: thebettermandistillingco.com/bar-crawl

Next came the Bay Shore Virtual Bar Crawl, which rolled in with chips and guacamole (from Verde Kitchen & Cocktails), chicken pinchos and mezcal drinks (from Coastal Kitchen & Curbside Pickup Bar) and taquitos and pork sliders, plus beer (from organizer The Tap Room). The menu changes weekly, but these three restaurants remain the backbone of this Saturday event — you just have to be within three miles of Main Street for delivery. $35 for curbside pickup, $40 delivered. More info and tickets are found on universe.com.

It was only a matter of time before Lindenhurst got involved. Sunday, May 3 marked the village's first "Sunday Funday," and though the event sold out quickly, it's continued every Sunday. . For the next installment, called "Lindenhurst Pride: We're All In This Together," ramen will come from Bakuto, hearts of palm ceviche from Hermanas Kitchen and Cocktails, buffalo chicken dip from Restoration Kitchen & Cocktails, spanakopita from Pita Bowl, rice balls Parmigiana from Spasso's Pizzeria and French macarons from Muni's Coffee Joint. On the drinks front, beer (including pilsner, IPA and a milk stout) will be provided by 27A Brewery, Sand City Brewing Co. and Flag Beverage Corp, while WA Meadwerks will provide blueberry-ginger mead. Food and drink is pickup only (at Bakuto) for $65, and musician Brian Ripps will play live, albeit virtually.   Find tickets at universe.com.

Not to be outdone, Sayville has jumped into the virtual pub crawl game — but they're shaking things up by doing theirs on a Thursday (May 7 was the first event). Five spots are taking part — Cafe Joelle, South Shore Dive, Sayville Athletic Club, The Sayville Inn and the Portly Villager — and ticket holders get two drinks and one appetizer from each. (In the past, those have included lavender margaritas, mac-and-cheese, an Italian hero and White Claws). South Shore Dive will hold online giveaways and live music; the entire experience costs $100 for pickup, $105 for delivery, eventbrite.com.