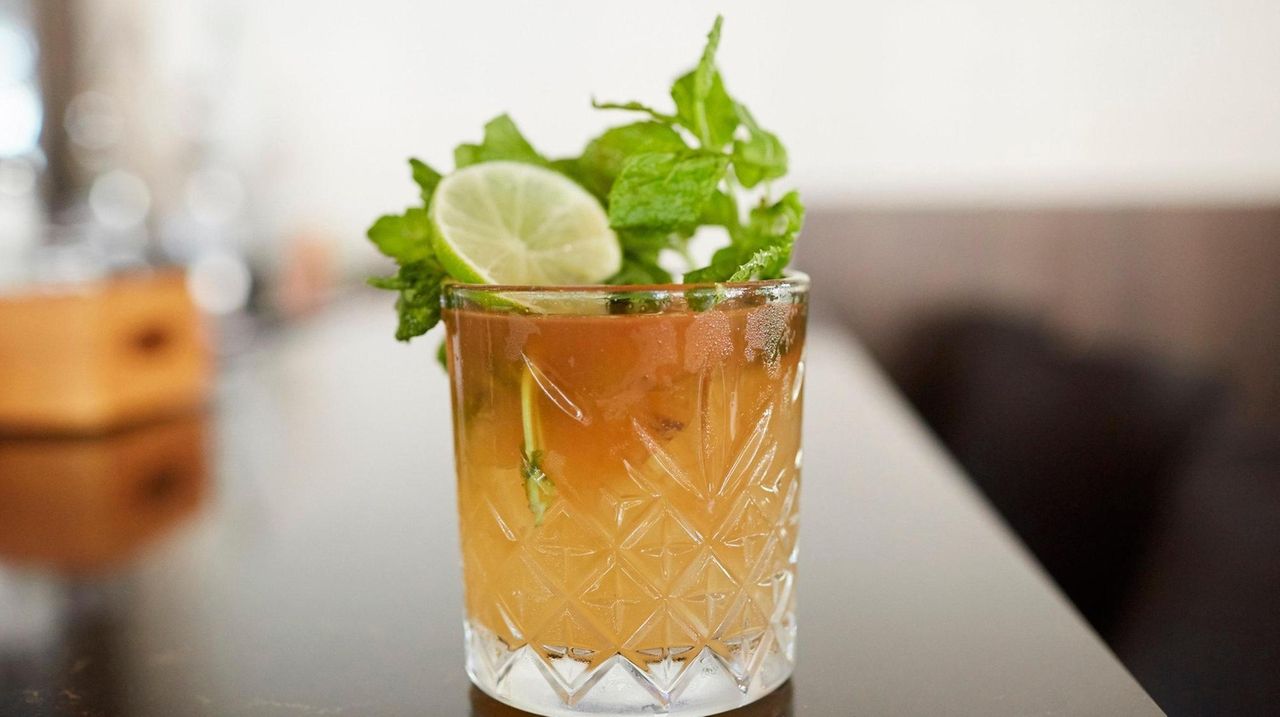 SERVICE: So efficient it's almost unnerving

AMBIENCE: Can be crowded and loud weekend evenings, try to snag an outdoor table

“I’m not saying the food’s not good. It’s very good,” admitted my dinner companion, her mouth bearing heavy evidence of a recent battle with dry-rubbed chicken wings. Another tablemate eyed the breading on his mozzarella cheese stick, painted it with marinara sauce and directed it mouthward. “Awesome,” he mumbled.

“What’s going on?'' I asked, but a moment later I knew. A plate of meatloaf was deposited before me. The shiny, caramelized carapace was tightly wrapped in bacon, its heft supported by a field of mashed potatoes goosed by onions and Cheddar cheese. Clearly my dinner would be more meat than loaf, its innards neither fuzzy nor gray, no taste-masking miracle (ketchup) would prove crucial. One bite confirmed this. The choice beef tasted almost buttery, the potatoes were a delicate, flavorful puree. “The food is supposed to be terrible at a place like this.”

But they have created a menu and atmosphere that is the opposite.

The they in question are brother-sister proprietors John and Alyson Kanaras, who have daringly, and perhaps riskily, dubbed their Farmingdale restaurant not Whiskey Down but Whiskey Down Diner — a word to which low culinary expectations are joined at the hip.

Since when do diners offer fresh, exciting food, forgiving lighting, suave décors employing subtle shades on the color wheel? A diner is 900 menu items, half of which are available open-faced or all the way, a display case filled with very tall, very bad cakes. Diners are places for pouring out your troubles to the guy who pours you coffee, hooking up with someone else’s prom date, staying put till it’s safe to drive, telling the kids you’re getting a divorce. Not places like this.

Of course, diners are also near the top of the endangered eatery list, their numbers dwindling daily thanks to changing tastes, rising costs and invasive species of the fast-casual variety. Clearly, something must be done, and together with chef Michael Heinlein, the Kanarases — who grew up working in their father’s diner, the Olympic in Deer Park — are hoping that salvation lies in smaller menus and food executed phenomenally well from morning to night.

Based on my own visits, I wouldn’t bet against them. The breakfast poutine is a fun, anarchic assemblage of fried eggs, slabs of bacon, a silky cheese sauce, sweet potato tots — the whole ruckus flung onto the table in a cast iron skillet. Whiskey Down is equally good at traditional fare, adding little filigrees of novelty. The biscuits and gravy come with a pair of fried eggs on top, the house pancakes with a hint of citrus.

Lunchtime marks the arrival of a sandwich too fine for a name like steak melt — thick tranches of ciabatta bread barely able to contain thick beef strips dressed with pickled vegetables, bright arugula and a truffle aioli. It’s tremendous. And while the bacon cheeseburger is unspecial and quickly devolves into a wet mess, even then you’ll appreciate Whiskey Down’s devotion to high-quality ingredients — not least the potatoes in its French fries, perhaps the only unreconstituted specimens I’ve ever had in a diner. A haystack of them comes with a comparatively ascetic BLT, the whole thing a steal at $8.

Nighttime brings another front in the Kanarases diner campaign, as their Mel-and-Flo counter area tries to morph into a swank cocktail bar with the aid of mixologist Jonathan Gonzalez’ drink list, an homage to the diner’s glory days, when Mad Men downed Manhattans and rob roys, their secretaries mai tais and grasshoppers. (Notable exception: Gonzalez’ Thunder Island, a fine new refreshment born of rum, Cointreau, passion fruit and lime.)

So far, the day/night transition has been mostly a nonstarter, if only because swank cocktail bar-goers tend not to enjoy having their conversations drowned out by busboys clearing nearby tables and servers calling for milkshakes. Luckily, however, evenings also feature stellar cashew-crusted, perfectly cooked salmon served over a rich stew of white beans and lobster meat, an equally fine steak with fingerling potatoes, and yes, the meatloaf that stopped my table cold.

“Diners should never change,” said my sated but traditional dining companion. For him, until now, a place isn’t a diner unless you visit it as an afterthought, no one cares if you linger for hours, and the food is beside the point. The survival of Whiskey Down Diner, and indeed every other diner, may well depend on his being wrong.

Where Have All the Diners GoneWill this Long Island institution be there for the next generation? 86 Cheap Eats to try on LIThe latest Cheap Eats restaurant reviews.