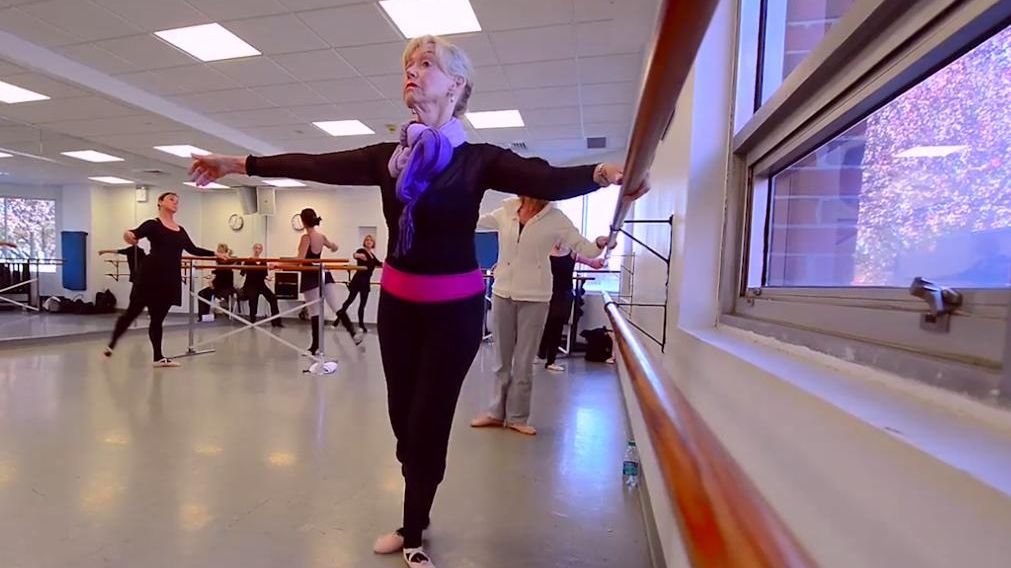 Barbara Gerbasi longed to study ballet when she was young, but her dreams of donning a tutu and pink satin shoes were at odds with her mother, who preferred she learn piano. It wasn't until she turned 16 that she enrolled in ballet, paying for classes with baby-sitting money.

By the time she was married with children, there was little time for recreation. Shortly after she turned 60, though, she saw an ad in a local newspaper for ballet classes and decided to pick up where she left off. "I went to a ballet class during my lunch break at work," recalls Gerbasi, who lives in Manhasset. "I was embarrassed, so I wasn't going to tell my secretary — but then I thought, 'What if something should happen to me? Someone should know where I am and what I'm doing.' "

A couple of weeks later, she summoned the nerve to tell her husband she had signed up for lessons. "He thought I was crazy and told me I was too old for ballet," says the grandmother of six. "Friends said, 'You're going to do what?' "

That was 16 years ago. Gerbasi, now 76, is still dancing. "I am fulfilling my dream and doing what I always wanted to do," says the retired public relations consultant and freelance writer.

Gerbasi and other older adults are taking their places along the ballet barre and living out their childhood fantasies. Once the province of the young, ballet is drawing late-life ballerinas and, to a lesser extent, male ballet dancers, who are returning to the art after a decades-long absence. Some, with no previous experiences, are attempting pliés and pirouettes for the first time.

There is no statistical data on how many in the over-50 set are skipping yoga or the gym for ballet, but experts say the physically strenuous and mentally challenging pastime can improve vitality and provide a social outlet for older adults.

"Ballet is low-impact, aerobic, weight-bearing, great core training and great for joint mobility, because you work the muscle in numerous positions," says Chris Freytag, an emeritus member of the board of directors of the San Diego-based American Council on Exercise. "And it's great for brain fitness, because you have to connect your brain to doing a number of steps or sequences."

Grace Smoak, 54, of Mineola, danced as a child and periodically as an adult, even donning her ballet shoes after the birth of her first child in 1988. Two years ago, the teaching assistant decided to join a gym to lose weight but quickly grew bored with walking on a treadmill. The mother of two missed the creative and expressive nature of ballet and returned to dance last February.

During a recent Thursday night class, Smoak begins with barre exercises that prepare dancers to perform combinations of steps, turns, leaps and jumps "in the center" without the support of a handrail.

Instructor Yaroslav Fadeyev at the Eglevsky Ballet in Bethpage directs the class to perform a foot stretch known as tendu and the graceful knee bend called demi-plié at the barre. The class follows his movements after he demonstrates the combination. He then clicks a remote control, releasing classical piano melodies that play from a boom box in the corner of the mirror-walled studio.

As the class, composed of several women in their 50s, 60s and 70s, lightheartedly complains the combination is too fast and complicated, Fadeyev jokes, "It's slow enough," but he means business as he calls out, "Sharp legs. Come on, ladies, make it peppier!"

Something to strive for

Concentrating intently and drenched in sweat, Smoak, clad in a black leotard, tights, chiffon skirt and the requisite ballet slippers, skillfully executes a combination of steps. Suddenly, she stumbles slightly and stops. But just as quickly, she catches her breath and resumes the exercise.

"It can be a little frustrating when you remember what you were able to do and you can't do it now," Smoak says later. "I'm still weak, but it gives me something to strive for."

Experts agree that taking up ballet at an older age can be physically challenging but that if you have been trained as a child, the road back is not as arduous.

"Once you've done ballet, it's like riding a bike, you don't forget the rules," says Laszlo Berdo, Eglevsky Ballet's artistic director, who is a former principal dancer with the Boston Ballet.

When Dr. Risa Gold took up ballet 28 years ago, it was more than she bargained for.

"I had no strength, flexibility or stamina and I didn't know how to stand up straight," says the 58-year-old Laurel Hollow psychiatrist and mother of four. "I couldn't hold my balance, and it was all I could do to stand on one foot."

Now, Gold is learning to dance on toe shoes — a feat not attempted by many ballet late bloomers. "You're usually not dancing on toe shoes as an adult, because it's too difficult," says Erin Lopez, artistic director of Variations, A Dancer's Studio, in Huntington, where Gold is a student. "Risa is an anomaly."

Experts recommend that newcomers go easy and aim for beginner classes. Willa Damien, co-director of the Dance Loft in Long Beach and a former soloist with the Royal Opera of Ghent in Belgium, recommends that novice dancers perform gentle stretches at the barre to test their flexibility and practice transferring their weight from one leg to the other. "The class would give you the benefit of the grace and posture of ballet," she says, "without risking injury."

Many older adults return to dance after putting their children through years of ballet training. Paul Sabatino, 54, had taken up ballet at 22, danced for 17 years and then stopped. But after he enrolled his son, Michael, in ballet at age 5, he began yearning for the barre. Michael is now 9 and Sabatino, a Syosset electrical engineer, has been dancing ever since. "Ballet helps you to get in touch with your own physicality in a way that is always challenging, always different and always interesting," he says. "It allows you to be creative and express yourself."

Ballet offers the benefits of a group exercise, explains the American Council on Exercise's Freytag, because the class becomes part of a routine, and the students are "accountable" to one another.

Barbara Trevouledes, 55, of Merrick is drawn to classes at the Dance Loft each week by the romance and beauty of ballet, but she especially enjoys getting together with classmates to celebrate birthdays and holidays and to take in a ballet. "Everyone comes from different backgrounds, but ballet is what we have in common," says the retired New York Police Department detective.

Dancers say ballet helps lighten their mood and keeps them from focusing on their problems. "Ballet is a place you can forget about everything going on in your life, because you're focusing on your turnout, your placement, your arms, the steps and trying to dance to the music while putting expression in what you're doing," Damien says. "During that hour and a half, all the worries of the world fall away because you are totally involved in what you're doing."

One of the reasons Carol Alpern, 68, of Long Beach signed up for ballet lessons 15 years ago was to improve her poor posture. Then she became hooked. The semiretired program director for communication sciences and disorders at Pace University in New York City, who is also an avid skier and ballroom dancer, injured a hamstring muscle last year while trying to execute a turn. But injuries and setbacks rarely sideline her.

"I would like to see myself at the ballet barre at 78, if I can," says Alpern. "I don't think of myself as someone old dancing; it's just what I do."

TAKE THE NEXT STEP

Here are some dance schools that offer adult beginner ballet classes. Most charge $18 to $20 a class or discount a package of 10 classes.