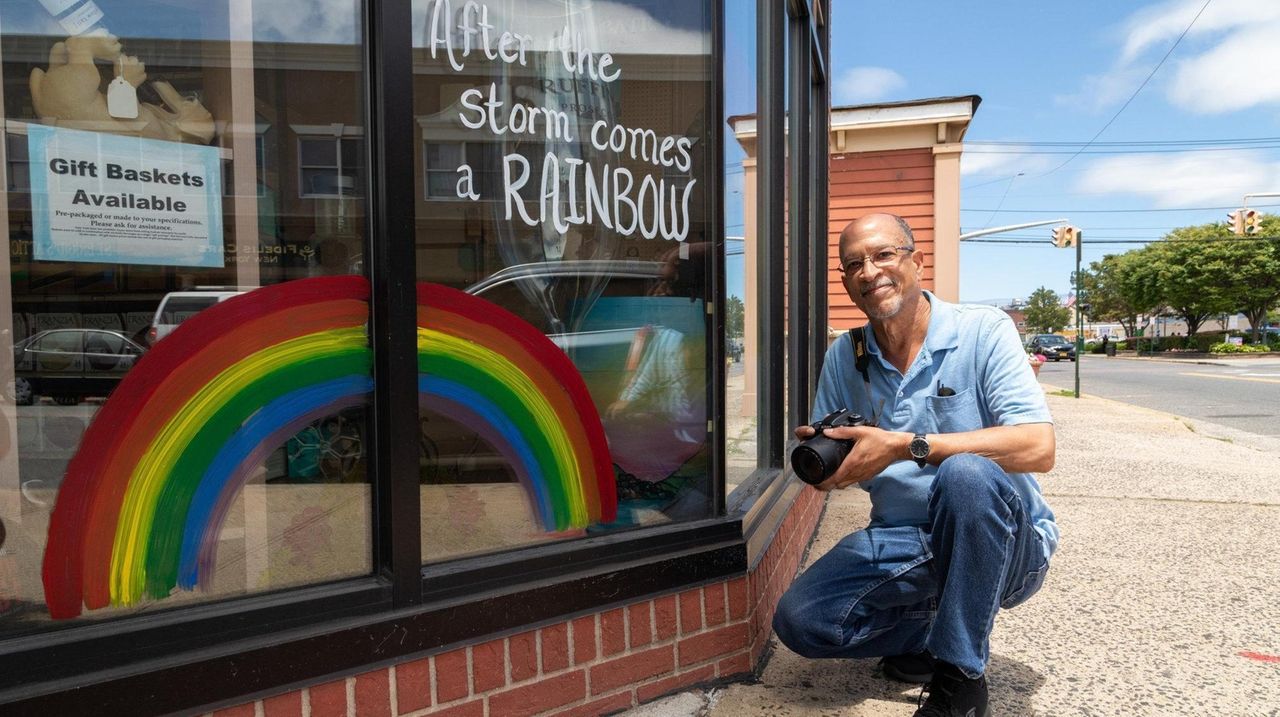 When he heard the familiar hymn, re-imagined for these troubled times, Doug McQuillan had a creative flash.

McQuillan, 64, was participating in a virtual weeknight service at The Life Lutheran Church in Old Westbury. His pastor, the Rev. Justin Vetrano, had begun holding regular Zoom services during the “pause” to slow the spread of COVID-19, and on this early April evening, he included a live performance of a traditional African American spiritual — "He's Got the Whole World In His Hands" — rewritten by his daughter Sydney, a student at Berklee College of Music in Boston.

Sydney, 22, played guitar and sang the re-imagined song with her 20-year-old sister, Kassie, a nursing student at Adelphi University in Hempstead.

He’s got the nurses and the doctors in His hands

He’s got the teachers and the officers in His hands

He’s got the first responders in His hands

He’s got the whole world in His hands

As McQuillan listened to the new, timely lyrics, rendered through the sisters’ crystalline harmonies, he was moved and inspired. "A light bulb went off in my head, and I started to visualize the song," McQuillan said. "Later that evening and the next day I went through some of my photo files and started picking out pictures I thought would go well with the lyrics."

For "the teachers and the officers" line, he used a 2002 photo of educators at Park Avenue Elementary School in Westbury, including his late mother, Eva, who was a teacher's aide at the school; and a shot he took of a group of smiling Nassau County police at a Westbury community event in 2017.

He then grabbed his Nikon DSLR camera and headed out to collect more images in his neighborhood. "I walked up and down Post Avenue in Westbury," said McQuillan, taking pictures of inspiring messages written on closed storefronts and other scenes.

Hours on the iMovie editing program followed, as McQuillan worked to create the piece that he felt would help bring the song to life. Less than a week after the performance at the service, McQuillan sent the Rev. Vetrano a fluidly edited, 2-minute and 1-second music video. The pastor immediately shared it with his daughter.

"It was completely humbling," said Sydney Vetrano. "It captured the spirit of the song more than I could have imagined any video would have."

"Amazing," is how the Rev. Vetrano described the quick-turnaround video. "It's so inspiring to see people sharing their faith through talents and gifts that God has given them."

In McQuillan's case, it's a talent he has only begun mining in retirement. The Westbury native's interest in visual media came after a nearly 40-year-career in radio: McQuillan was a news announcer on Long Island radio stations WHLI and WKJY before going to work for News Corp.'s Wall Street Journal Radio Network, where he updated listeners around the country on the latest business news for two decades.

After taking a buyout from that job in 2013, McQuillan became more interested in video and photography — shooting pictures on a volunteer basis for such not-for-profit organizations as Autism Speaks and the Leukemia & Lymphoma Society, as well as the Life Church, which he began attending in 2018, with his significant other, Carol Plisky.

"I've always loved combining the creative with the technical," said McQuillan, who during his radio career also dabbled in audio recording at a home studio he built.

Working on his new hobby in the context of his faith community made it even more powerful. "Creativity is a part of the natural design for those of us engaged in religious expression," said the Rev. Hope Johnson, minister emerita at the Unitarian Universalist Congregation of Central Nassau in Garden City. Creative projects in a faith-based setting, she said, offer "an opportunity for renewal, for rejuvenation, for your faith to be expressed and affirmed in new ways."

According to the polling firm Gallup, older adults are far more likely than younger adults to be members of churches. For them, the creative challenge can be formidable, particularly now — when so many forms of expression are digital or virtual.

Matthew Koraus, director of music ministries for the Church of St. Patrick in Huntington, faced this problem as he planned the church's annual Evening of Music — without a live audience. He knew that most of the members of his 26-voice adult chorale were over 50 and with varying degrees of technological expertise.

And digital skill would be required to learn remotely the pieces of choral music they would be performing. Koraus, 33, emailed each choir member, via Dropbox, a master video recording that he created for each piece. Each member then made an audiovisual recording of themselves singing their part while listening to the video with headphones and watching on their computer screens as the choirmaster lead them through the piece.

"I tried to make it as clear as possible," Koraus said with a chuckle, "and I offered phone support." Still, he noted, "it's not an easy thing to do. And you don't have the immediacy of the rest of the choir surrounding you."

"I recorded my part many times before I finally sent it in," said Bob La Rose, 87, of Huntington, who sings bass in the chorale. But he added, "I was proud of the result."

Koraus said that La Rose and his fellow chorale members, "rose to the occasion." Indeed, the heavenly blend of voices — in performances of pieces by Gabriel Fauré, Mozart and a traditional Irish hymn rearranged by Koraus — proved uplifting, even overwhelming, to the 1,042 members of the church who have watched the concert since it was posted online June 7. "A few people said it literally made them cry," Koraus said.

Mandelbaum, 82, an accomplished professional artist who lives in Sunnyside, Queens, decided to offer a basic drawing class to members of her church and other Unitarian Universalist congregations. For the first class, she said, she asked the students to draw a picture of a tree. "It was completely quiet for 15 minutes, while people drew," she said. That quietude, as her half dozen students got lost in the creative process, was "so spiritual and reassuring."

One student, 74-year-old Patti Paris of Port Washington, said participation in the class has helped her spark a new appreciation of nature and Long Island. The art class on Zoom, she said, “awakened me to the blooming of spring in Port Washington. I had never really looked at the shapes and colors of leaves and trees." Paris now sketches and draws daily.

This flowering of her artistic sensibilities — through the context of her faith community — is not unusual. "We're all born with that creative spirit," said the Rev. Janice Johnson, Hope Johnson's twin sister and a director at the Unitarian Universalist Association, based in Boston. "And that is often revealed in a religious setting."

The revelation has come later in life for some; but it couldn't come at a better time. Producing the music video for the new rendition of "He's Got the Whole World in His Hands" helped McQuillan feel, he said, "like you're helping in some way, shape or form to spread God's word."

He says he hopes to continue creating videos for the church. As for his music video, he's delighted that it's been well received, and hopes those who watch will appreciate the central message. "It's a reminder to everybody that God is with you, even during a pandemic," he said. "So, keep the faith."

Doug McQuillan's music video of "He's Got the Whole World in His Hands," rewritten by Sydney Vetrano and performed by Sydney and her sister, Kassie, can be found at:

The Church of St. Patrick's Virtual Spring Concert, may be found on the parish's website at stpathuntington.org/news/456-virtual-spring-concert-announcement or on YouTube at youtube.com/watch?v=9V1a9Zhl8VE.

3:48
Four haunted car washes to drive through this Halloween season
1:13
Bring your dog to these pet-friendly fall events
1:13
Pet-friendly fall festivities on Long Island
Beloved family-owned bakery in Floral Park opens new bistro
It could be last call for Hampton Bays' Boardy Barn
Oktoberfest bar crawl coming to Wantagh this weekend
Didn’t find what you were looking for?