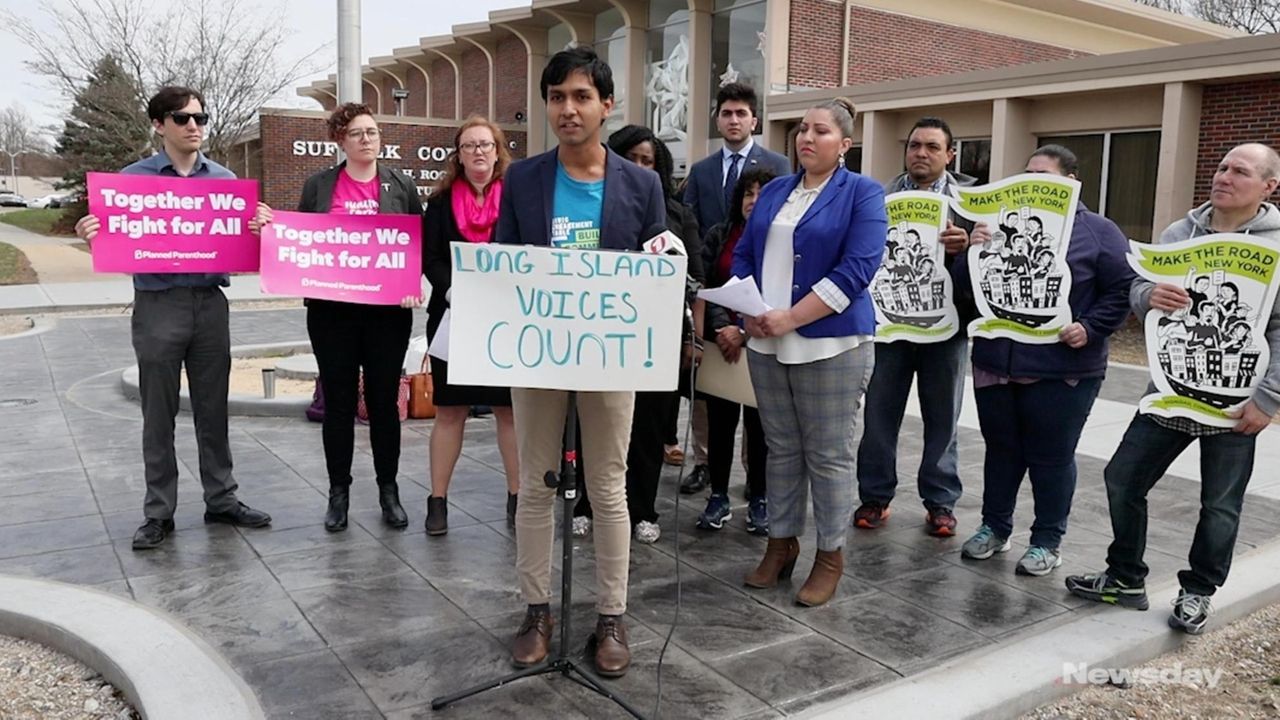 Long Island and the state as a whole are at risk of failing to count all residents for the 2020 U.S. census, advocates said Friday, citing problems ranging from too few dollars for outreach to the chilling effect of anti-immigrant rhetoric and policies.

Long Island communities that are deemed “hard to count” tend to have sizable numbers of renters, sometimes in unregistered group homes; recent Hispanic immigrants; children under 5 years old; and households that lack computers or internet access, they said, noting next year’s census will be the country’s first with an online form.

The bipartisan New York Complete Count Commission delved into these and other difficulties at a hearing Friday at Suffolk’s legislative chambers in Smithtown ahead of next year’s census, which will decide how states share billions of dollars of federal funding and the size of their delegation in the U.S. House of Representatives.

New York State earmarked as much as $20 million to persuade New Yorkers to participate; the Fiscal Policy Institute last year said $40 million was needed. Though California’s population — at almost 40 million — is roughly double New York’s, the Golden State’s website says California plans to spend as much as $150 million on outreach.

Freeman Klopott, a spokesman for the New York State budget, said the state is committed to a complete count, citing efforts to update a federal master list with addresses it lacked, and to work with local groups.

A spokesman for Gov. Andrew M. Cuomo had no immediate comment on whether more outreach funds were needed.

Though the answers on census forms remain with the organization that collects them and are not shared with the government, Rebecca Sanin, CEO of the Health and Welfare Council of Long Island, pointed out that some immigrants are too afraid to even apply for food stamps or Medicare.

“In an anti-immigrant climate, we need to be concerned in a way we never have been before,” Sanin said.

This is why it is so crucial to recruit trusted local leaders to serve as census ambassadors, the experts said. “They talk to us, they trust us,” said Shanequa Levin, founder of the Women’s Diversity Network, before the session.

Libraries, schools, community centers, houses of worship, food banks and other places people gather all must be enlisted, they said.

“If our communities are unaware of the need to participate, there will not be an accurate count, and unmet needs will abound,” said Claire Deroche, speaking on behalf of the social justice committee for the Unitarian Universalist Congregation at Shelter Rock.

Undercounts in the 2010 census cost New York two congressional seats, advocates said. Vanessa Baird-Streeter, Suffolk County assistant deputy county executive, highlighted other problems that arose. For example, she said, a school district was forced to spend hundreds of thousands of dollars renting a building that it could not anticipate it would need because so many prekindergarteners were missed.

Describing the county’s efforts to add overlooked addresses to the database, Baird-Streeter said: “Suffolk County was the seventh-lowest county responding in 2010 in New York. That is not going to be acceptable in 2020.”