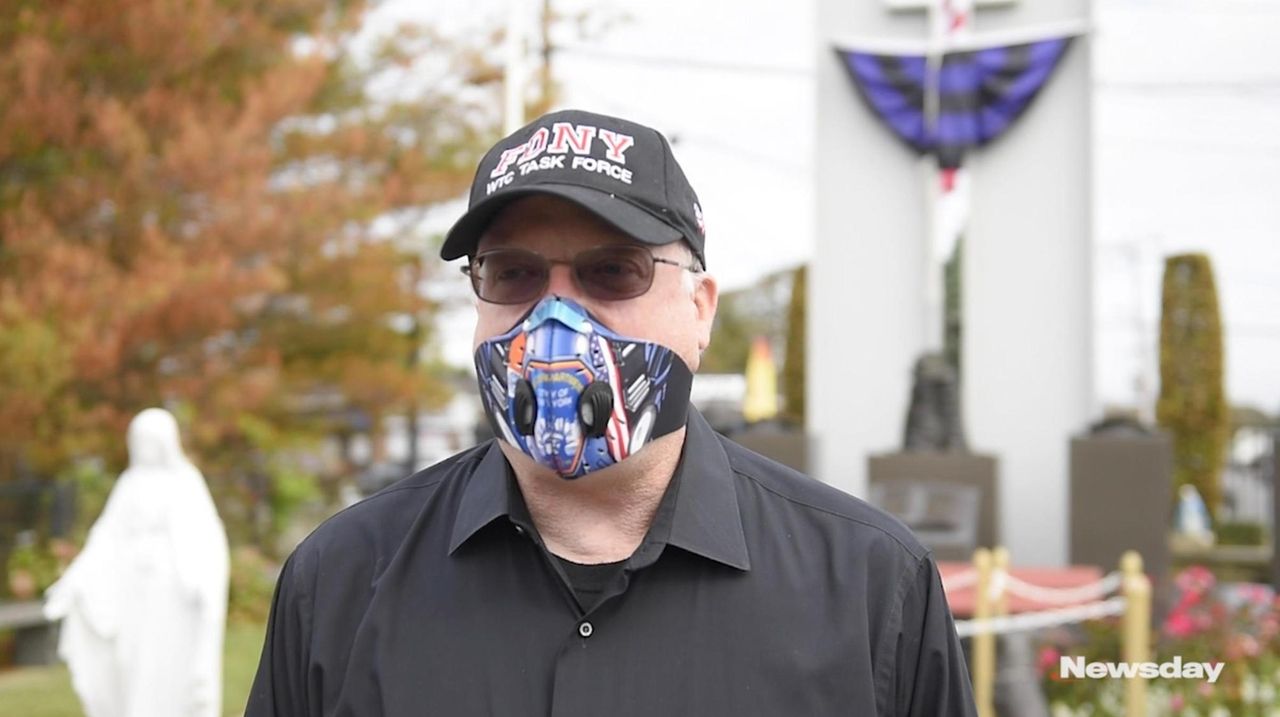 New York State Assemb. Mike LiPetri and Town of Oyster Bay Supervisor Joseph Saladino spoke on Wednesday about the Fund The First campaign, which seeks to benefit 9/11 victims and families who are still suffering from related illnesses. Credit: Johnny Milano

A new crowdfunding campaign announced Wednesday aims to raise awareness of the September 11th Families' Association and the 9/11 Tribute Museum — 19 years after the horrific 2001 terror attacks shook New York City and the world.

The new "Never Forget" campaign on Fund the First, a verified crowdfunding platform that raises funds for causes related to first responders and military, was announced by Oyster Bay Town Supervisor Joseph Saladino, Assemb. Mike LiPetri (R-Massapequa) and members of the Oyster Bay Town Board at a news conference at the Sept. 11 Memorial at John J. Burns Park in Massapequa.

The goal is to benefit the September 11th Families' Association as it "advocates for victims of terrorism and their families through communication, representation, peer support, and education," the town said in a statement Wednesday.

On the online funding page a statement from LiPetri read: "This week, as we honor the lives lost to terrorism nineteen years ago at the World Trade Center, we are reminded that these heroes and families continue to need our support. This campaign will raise money for the Association so that they can continue their mission and support those who have been tragically affected."

The announcement of the fundraising effort came the same day that the FDNY said it would add the names of 27 members who died of illnesses from their work in the rescue and recovery efforts at the World Trade Center on and after 9/11 to the FDNY World Trade Center Memorial Wall in a closed ceremony at FDNY headquarters at 9 Metrotech Center in Brooklyn. To date more than 226 FDNY members have died of WTC-related illnesses, the department said, a solemn addition to the 343 FDNY members who lost their lives on Sept. 11, 2001.

More information on the September 11 Families' Association fundraiser can be found at fundthefirst.com.