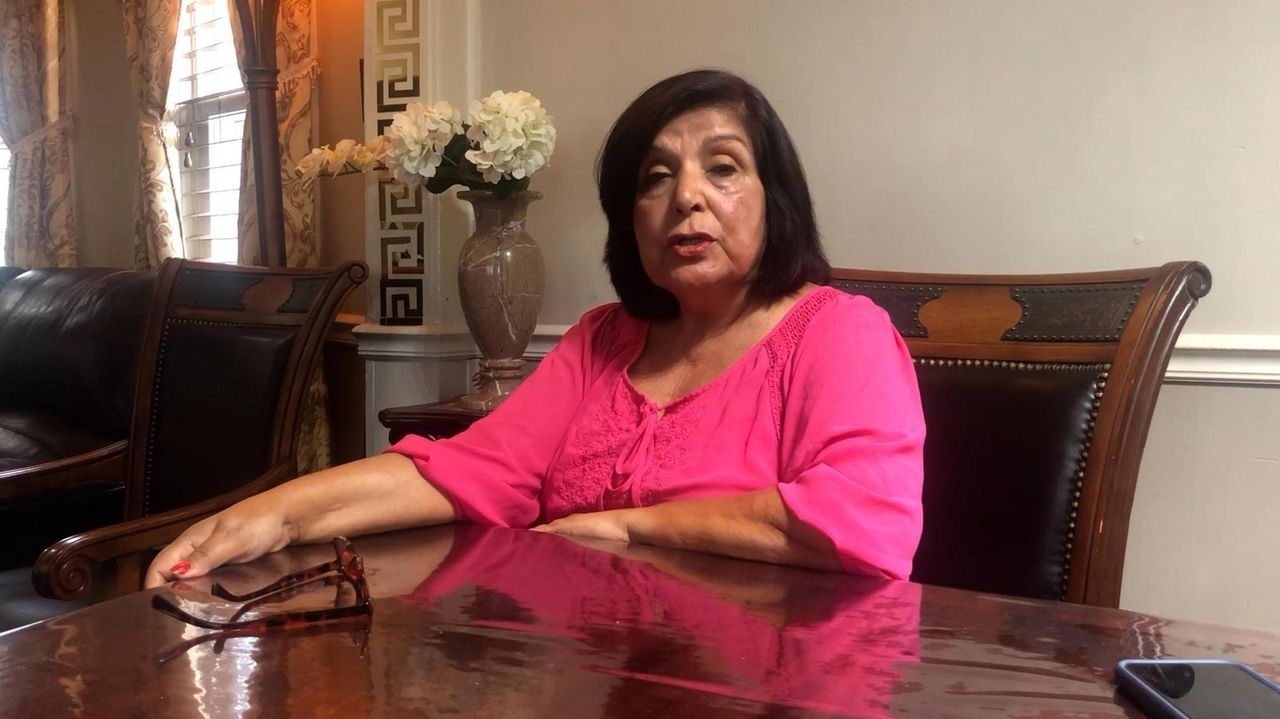 Latifa Woodhouse, an Afghan native living in Great Neck, shared her concerns over the situation in Afghanistan and her fears for her brother, who was an interpreter for the U.S. military in Kabul. Credit: Hans Pennink / Hans Pennink

For 48 hours last week, Latifa Woodhouse of Great Neck sat anxiously by the phone, desperately waiting for word from her family in Afghanistan.

No news, she feared, was bad news as the Taliban took over her native country with rapid and aggressive force following the withdrawal of American troops.

Woodhouse feared for the safety of her brother, who worked from 2003-2006 as a translator for the U.S. government, and his six children, ages 2 to 14.

And what would come of the countless cousins, nieces and nephews still living in Kandahar, the birthplace of the Taliban, and her home for the first 20 years of her life?

"We could not get messages out. The phone lines were cut off," said Woodhouse, 68, a pioneering activist whose work with the Syrian refugee crisis led to a 2006 trip to the White House, in an interview Wednesday. "I was terrified. I thought they killed [her brother]."

'I am really scared'

On Friday, her brother — whose name Newsday is not disclosing for security reasons — sent word to his sister through WhatsApp, an encrypted messaging service. The family was safe, he wrote, and hiding in his home's basement, where they would remain through the weekend, even as gunfire and explosions erupted in the distance.

On Sunday, Woodhouse said, members of the Taliban knocked on her brother's door, looking to speak with him, but were rebuffed by his 14-year-old son, who convinced the armed insurgents his father was not home.

When her brother and nephew finally emerged on Monday to purchase bread, the scene on the street, Woodhouse said, was "horrific."

Bodies of the few Afghan soldiers who resisted the Taliban takeover were on the streets, she said.

"These people are murderers. They are terrorists," Woodhouse said. "They are horrible to women … I am really scared and afraid. I have been crying for days."

By Tuesday, Woodhouse's family, half a world away, would be forced to adjust to their new normal.

Her brother's four eldest children returned to school but under new rules, she said. Women can no longer cover their heads in scarves bearing the black, red and green colors of the Afghanistan flag. Pictures on the wall were torn down. Islamic teaching will now be the curriculum.

"After 20 years of progress, and all the strides we made, they're all gone," Woodhouse said. "Down to zero."

Woodhouse's sentiment is emblematic of the tens of thousands of Afghan expats who fled the country searching for a better life, but for whom family members remain perilously behind.

On Wednesday, thousands of Afghans raced to Hamid Karzai International Airport in Kabul seeking to flee the war-torn nation. Millions more hid inside their homes.

Sunita Viswanath, founder and board chair for Women for Afghan Women, a Fresh Meadows-based nonprofit, said they're raising money to charter a plane, once commercial flights resume, to evacuate 500 clients, staff and family members.

The group also plans to hire a full-time immigration attorney to assist with asylum applications and eventually help repatriate Afghan refugees that may settle in New York.

Latifa Woodhouse left Afghanistan in 1977 after becoming the country's first female Fulbright Scholar, enrolling at the University of Albany. She later spent nearly 30 years as an ESL teacher in Brooklyn and Queens.

She and her husband, Colin Woodhouse, a former Peace Corps volunteer and professor at the University of Kabul, focus much of their time advocating and fundraising for Syrian refugees who resettled in Greece.

The couple founded Shared Humanity USA, a nonprofit that helps people forcibly displaced by war, persecution and economic deprivation. The group, she said, has raised $15,000 in the past week that will be sent to Kandahar — through other nonprofits once banks there reopen — to provide food, shelter, diapers and baby formula.

Woodhouse said she supported President Joe Biden's decision to pull out U.S. forces but contends the haphazard nature of the evacuation endangered men like her brother, who risked their lives to help the Americans.

"The way it happened was so abrupt and without a master plan," she said. "I am very disappointed as an American citizen and as a woman that it was not done the way it should have been done … It really is heartbreaking."

Woodhouse's family members have been targets in the past.

A nephew, a prominent clergyman who had met with then-President George W. Bush, was executed by the Taliban in 2005 after denouncing Osama bin Laden in a sermon, Woodhouse said.

Her brother's house was torched by the Taliban that same year because they discovered he was working with U.S. reconstruction efforts. Her brother stopped working for the Americans and opened a pair of grocery stores.

Woodhouse has sought assistance from Rep. Tom Suozzi (D-Glen Cove) in helping her brother and his family obtain a special immigrant visa for Afghans who were employed on behalf of the U.S. government.

Suozzi said his office is working with the State Department on five cases involving 19 people — including Woodhouse's family — seeking to evacuate from Afghanistan.

"These are life or death cases involving people who helped the U.S. government during the past 20 years off and on and their children and families," Suozzi said. "We are going to keep working aggressively and do everything we can … to move the slow moving wheels of bureaucracy and get people out."

In the meantime, Woodhouse said the danger in Kandahar persists.

Just last week, she said a 20-year-old relative was slain while shopping in a Kandahar market, apparently the victim of a stray bullet by Taliban soldiers.

She worries that all of the progress from the past 20 years — especially for women and young girls — will evaporate as the Taliban assumes control of Afghanistan.

"Women will lose their rights and we'll go back 500 years," she said. "And it will take another 500 years for us to gain back what we gained in the past 20 years. … It's a continuing circle that just never ends."

A previous version of this story incorrectly identified the relationship between Latifa Woodhouse and her nephew, as well as when he was killed. It has been updated to reflect the corrected information.

2:10
Police in Wyoming, Florida conduct separate searches for Gabrielle Petito, 'person of interest' fiance
Blue Point native Gabrielle Petito 'loved that van life.' Now she's missing.
1:08
Marchers in Wyandanch: 'Drop the guns, save our sons'
Hochul: Slight decline in number of coronavirus hospitalizations
If you see it, kill it: Why this pretty bug has experts sounding alarms
2:29
Workforce, middle-class homebuyers shut out on Shelter Island
Didn’t find what you were looking for?