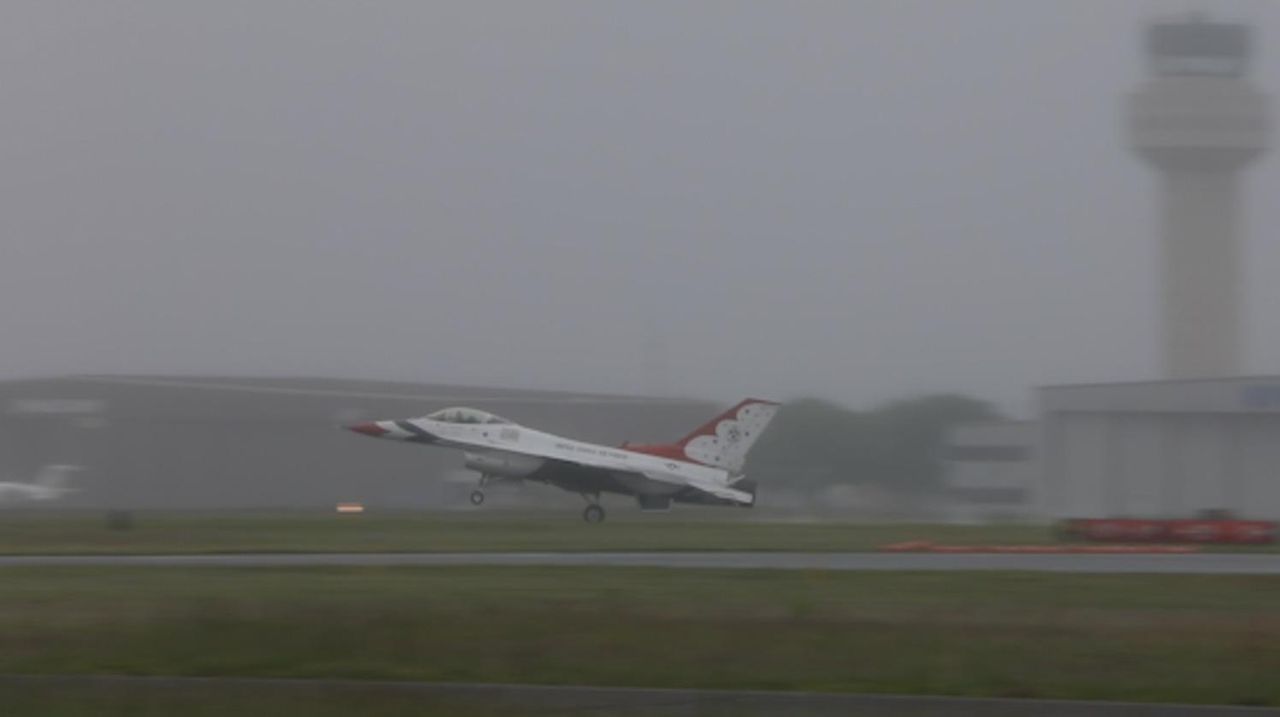 On Thursday, May 25, 2017, the U.S. Air Force Thunderbirds rolled in for the highly anticipated Bethpage Air Show to be held at Jones Beach this Memorial Day weekend.  Credit: Newsday / Jeffrey Basinger

Low visibility due to cloud cover might deprive the crowd of some soaring loops, but that still leaves precision rolls and thundering passes over Jones Beach at 600 mph.

For Walsh, the most difficult maneuver is “Delta Roll,” with the F-16 Fighting Falcons turning in unison in extremely tight formation.

“All of us roll to the left. It is the very definition of teamwork,” Walsh, 38, said after the team touched down Thursday evening at Long Island MacArthur Airport.

The Thunderbirds are headlining the free show — held from noon to 5 p.m. Saturday and Sunday — which typically fills Jones Beach State Park with huge crowds. Many other stunt pilots will also perform.

Walsh, who is making his Jones Beach debut, has been “talking up” Long Island to his teammates, said Maj. Nate Hofmann, 34, of Rockford, Illinois.

“We’re excited about the sights; I love the Revolutionary [War] experience in our nation’s history,” the pilot said.

For Hofmann, the toughest maneuver is “Trails,” when the jets are “all stacked up vertically, 3 feet to 18 inches apart.”

The pilots, he said, must cope with the turbulence from the jets that can bounce them around.