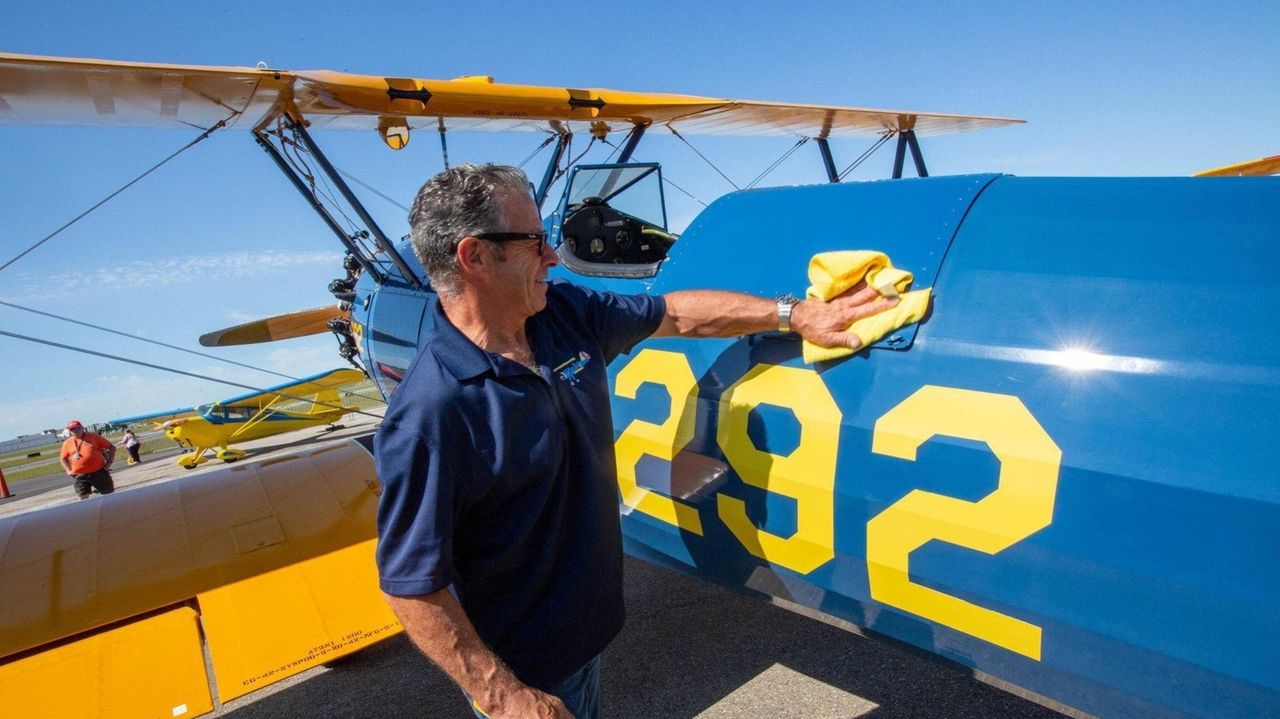 Bruce Adams took the front passenger seat of a red World War II-era Waco biplane and took to the skies, from East Farmingdale to Northport.

The former Northport harbormaster was flown Saturday from the American Airpower Museum to Northport and back, canvassing the harbor, Long Island Sound and the New York City skyline in the distance. He photographed Harborfields High School before his class reunion Saturday night.

"What a trip. … I was seeing things I can’t imagine seeing on the ground," Adams said. "I can’t imagine the whole overview of Long Island. I saw the high school where I went, directly below me, and Northport Village. It was a tremendous experience."

Saturday’s events featured paid rides on the 1939 Waco UPF-7 — the one in which Adams flew — and the AT-6D Texan propeller planes used to train World War II pilots.

Sunday’s festivities will include classic hot rods, muscle cars and Model T’s, along with a fleet of Warbird aircraft, low flybys and missing-man formations soaring over the airport.

The museum returned to the show this year after it was canceled last year during the COVID-19 pandemic, museum spokesman Robert Salant said.

"Old airplanes and cars are two things Americans have this unending love affair with, and the mission of the Airpower Museum is to serve as an educational foundation to educate the public about military aviation," he said.

The nonprofit museum collects classic military aircraft and restores most planes to be airworthy, such as the C-47 D-Day troop transporter and the Avenger Torpedo Bomber.

"It is Long Island’s only flying military aviation museum where guests can actually observe these planes flying and take flights," Salant said.

Rows of prewar Model A cars lined the tarmac, adorned with decorations that read "repeal the 18th Amendment" and signs to vote for FDR.

Jai Marine, 71, of Farmingdale, was wandering among the rows of cars with his two grandsons.

"My grandsons love planes, so we came to look at it," he said. "It’s great to see planes and cars from so many years ago are still here."