Brentwood residents have anxiously waited months for the arrests of those responsible for the shocking slayings of two high school girls so they could finally feel safe again.

On Thursday, relief swept through the community as news spread that MS-13 gang members had been indicted for three killings, including the September beating deaths of best friends Nisa Mickens, 15, and Kayla Cuevas, 16.

Officials hope the latest gang arrests mark the beginning of a healing period.

They and concerned residents vow to prevent further tragedies by continuing their push for gang-prevention programs and more resources and activities for vulnerable youths.

“We were still fearful. We were still thinking they were out in the community,” Levy McIntyre, superintendent of the Brentwood school district said of the killers. “But now they’re caught and behind bars, and it brought great relief.”

Suffolk Legis. Monica Martinez (D-Brentwood), a former assistant principal at East Middle School who was close to Cuevas, said Police Commissioner Timothy Sini called her Thursday morning to inform her of the arrests.

“It was the call we’ve all been waiting for,” Martinez said. “It doesn’t bring the girls back or the others who were killed, but I think the community feels a little safer now that they are off the streets.”

In the wake of the gang violence, Martinez said she received letters from Brentwood students, recounting their fears and frustration that their classmates’ killers hadn’t yet been arrested.

“When I received those letters, it broke my heart,” Martinez said. “They were writing their feelings so eloquently, and I thought it’s so not fair that a child is feeling like this. I think the news of the arrests is going to help them, too.”

“We’re feeling very happy and relieved that something was done, that justice is being served and the police department didn’t give up,” Medina said.

McIntyre said increased security measures have been implemented since the slayings, including the purchase of seven new metal detectors and additional security guards at the district’s middle schools and high schools.

“What we do need to do is stay active and proactive in the schools, and with the police department, parents, everybody,” Medina said. “We really need to keep these kids straight. We can’t just say justice was served, the killers were found and forget about it until the next situation happens. We need to keep them off the streets and actively engaged in programs.” 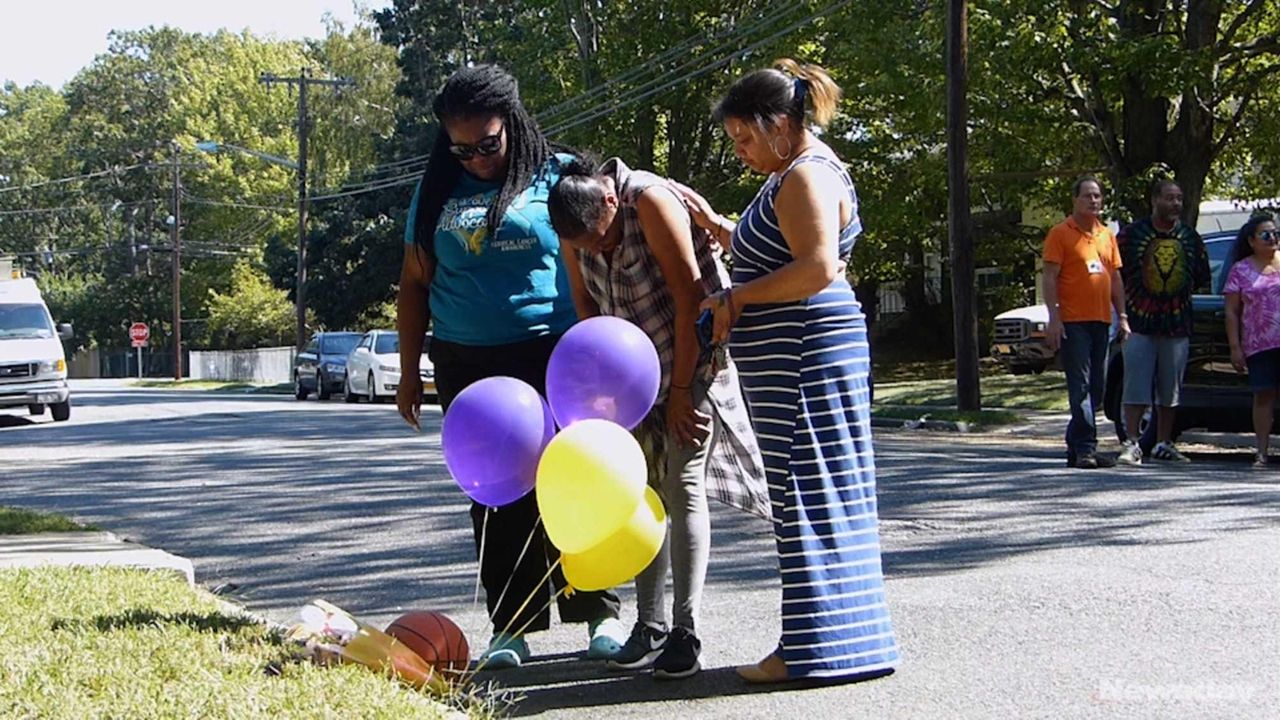 Martinez said she reached out Thursday to the mothers of Cuevas and Mickens. One parent was still stunned by the welcome news; the other was in tears.

“This is the beginning of the healing process,” Martinez said. “... Now we can begin rebuilding again and continue what we’ve been doing as a community.”