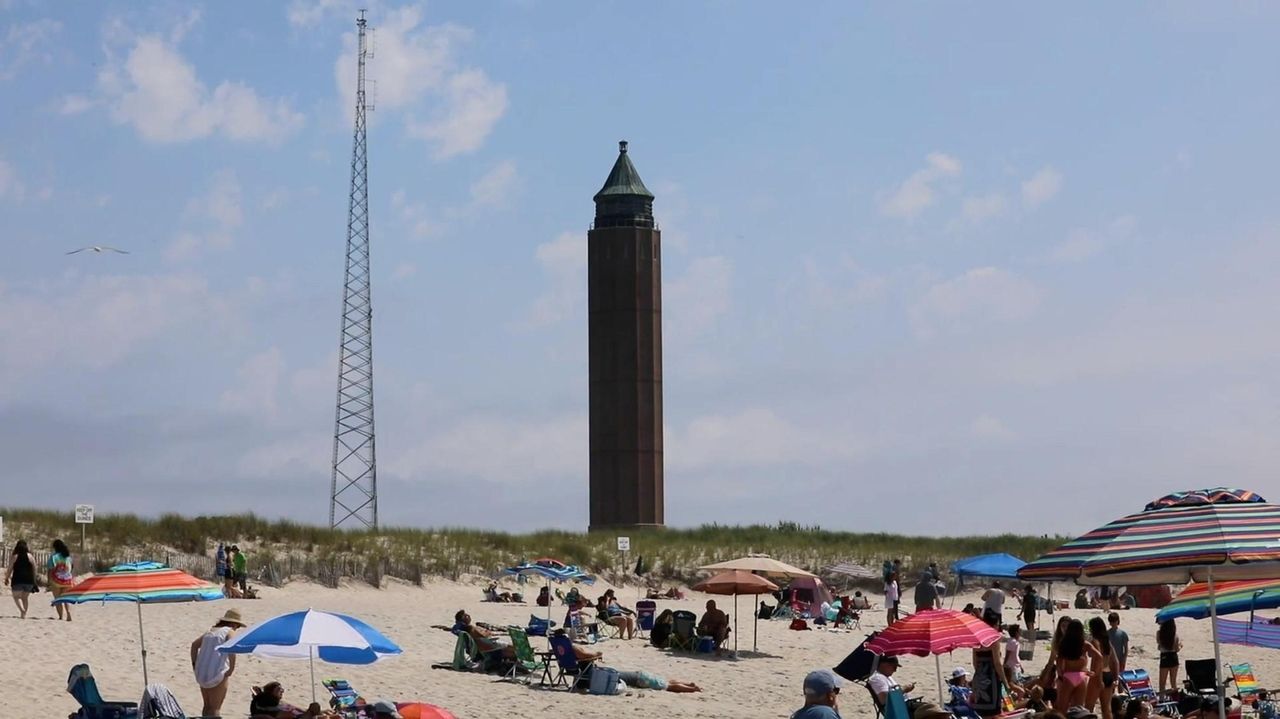 Capacity was back at 100%. No discarded disposable masks could be spotted in the sand. And people at Jones Beach and Robert Moses on Monday said they did not feel as tense around one another. Credit: Newsday / Reece T. Williams; Morgan Campbell

Uckert spent most of the pandemic homebound, her children taking care of her chores and errands for fear their nonagenarian matriarch would catch COVID-19. It was sometimes frustrating, but taking those precautions meant she stayed healthy enough to return this holiday weekend to the beach she has visited since well before the Fire Island Inlet Bridge was built in 1964.

Being fully vaccinated, coupled with the recent lifting of restrictions, means freedom, she said.

Uckert and others marveled over how different a 2021 beach visit felt this July 5 compared to the same time last year.

Capacity was allowed to go up to 100%. No discarded disposable masks could be spotted in the sand. With more than half of New Yorkers fully vaccinated and the daily number of statewide COVID-19-related deaths in the single digits, people did not feel as tense around one another.

LaGrega enjoyed the day with his longtime friend, Justin Roestenberg, who will turn 40 this week. They plan to mark the milestone birthday with dinner at Rothmann’s Steakhouse in East Norwich.

Megan Dreiss, a high school social studies teacher in the Jericho school district, had a year to remember. She grappled with teaching hybrid classes while taking care of three kids, including a baby girl born right at the start of the lockdown.

That stress was far from her mind while her sons Luca, 7, and Leo, 5, played in the water lapping the shoreline.

"It’s almost like you forget there was a pandemic at this point," said Dreiss, 34, of Greenlawn.

Several miles west at Jones Beach State Park, Tameka Kendrick-Bredwood of Hempstead said the day felt like a return to normalcy. It was also one made better by the fact that overcast skies meant modest crowds.

"We’re very free," Kendrick-Bredwood said. "We can be out. Mask-wearing is optional. There’s not too many people out here right now, which is amazing."

Back at Robert Moses, Heddy Sapione of Port Chester said she had a rough time during the pandemic. Sapione, who is legally blind, lost her job as a preschool Spanish teacher and said being disabled makes it harder to find work. She also hasn’t been able to visit her parents in Peru, which has been hit hard by the pandemic with 180,000 deaths in a country of 33 million.

But on Monday she was grateful for a peaceful day at the ocean with her family and was hopeful for better times ahead.

"I really think not everything in this pandemic has been bad," Sapione said. "People have become more conscious and appreciative of what we have."

Cases remain low as NYers enjoy holiday weekendNassau County accounted for 31 new cases and Suffolk County had 25, according to statistics provided by the state on Monday.