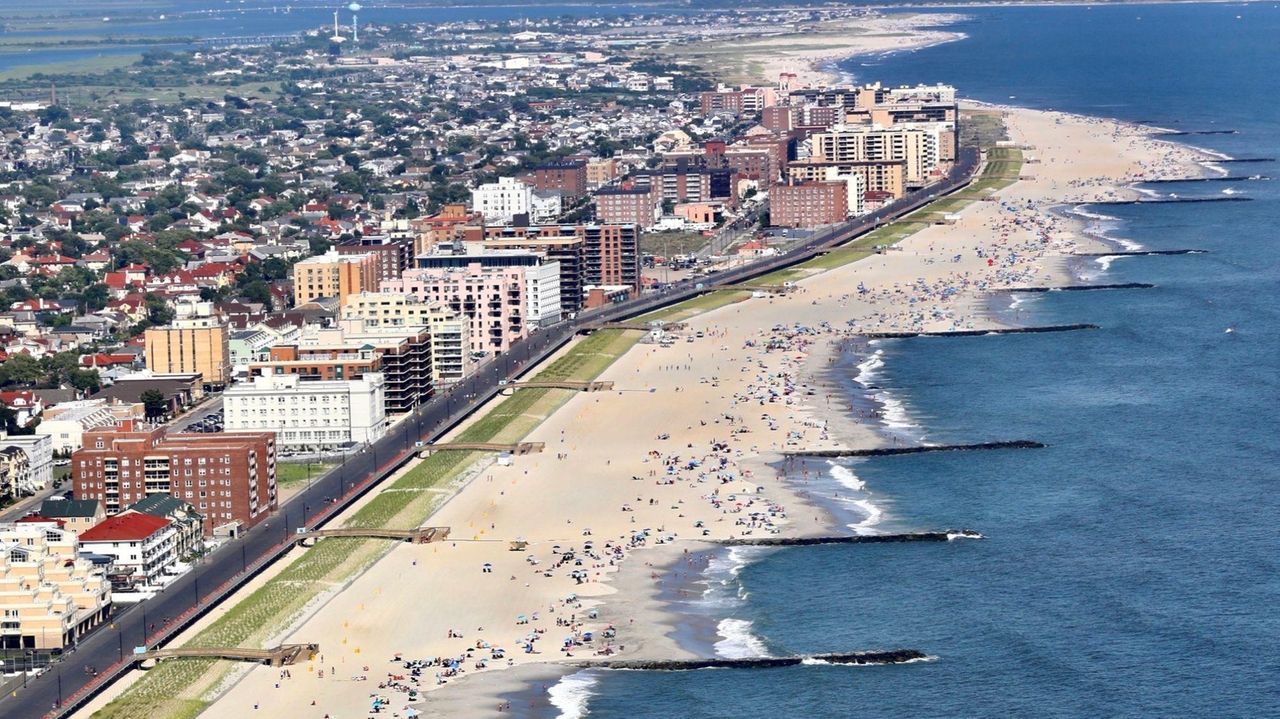 Kaminsky and Curran stood on the Long Beach boardwalk Wednesday with city officials and business owners, saying increasing beach capacity was vital to Long Beach and other beach communities’ economies.

"We are beach people. We are islanders. It’s in our name. It’s in our DNA," Curran said. "People go to the beach and support their local businesses. We need the beaches open 100%. We know we can do it safely."

In an email, the state Parks Department said: "Due to the ongoing COVID-19 pandemic, State Parks will begin the swimming season with existing guidelines for our beaches. We understand the concerns and that beaches are critical to the economy and quality of life on Long Island. As things continue to evolve based on the data and science, we will make revisions as needed in coordination with the State Department of Health."

There are no plans to change the capacity at the Air Show at Jones Beach at this time, the email said.

State rules limit beach capacity to 50% with at least 10 feet between beach blankets.

Long Island officials urged the state to consider new CDC guidance that shows the transmission of the virus on the beach is rare.

Cases in Nassau County have dropped by about one third in the past week and the county has vaccinated about 70% of all adults with at least one dose, Curran said.

"Last summer’s beach guidance is no longer relevant and should no longer be the rule of the day," Kaminsky said. "For those of us in coastal communities, beaches are the lifeblood of our economy."

Beach capacity limits in Long Beach and the Town of Hempstead could restrict access to residents only. Nassau County lifted its residency rules on Nickerson Beach last year after New York City opened its beaches.

Long Beach officials warned that if restrictions remained in place, the city’s beaches would be limited to residents only on weekends, cutting off a major revenue source for the city as it looks to hire lifeguards, ticket takers and beach staff.

Long Beach is setting its budget for next year, banking on higher capacity and an increased beach pass fee. The city is forecast to take in $4.2 million in revenue from July through June 2022, but that's contingent on lifting restrictions, officials said.

"Decisions about the summer must be made now," Kaminsky said. "Long Beach needs to know what kind of summer it will have."

Long Beach City Council President John Bendo said the city still would have all the expenses of operating the beach, but may get half the revenue from reduced capacity.

"In a small community like Long Beach, that is a difficult pill to swallow," Bendo said. "This is a significant portion of our budget each year and losing half the revenue has to be made up somewhere else. That often means on the backs of taxpayers. We don’t want to tax our residents back to the Stone Age. This needs to be open because we depend on it."

I got my COVID-19 vaccine — what can and can't I do?There are some clear guidelines from the CDC and other authorities on what you can and can't do now, but other decisions depend on your comfort level. Here's a guide for what to know. See the percentage of LIers who are fully vaccinatedCheck the latest numbers on how coronavirus has spread in your community. See latest news on the coronavirus, vaccinesStay up to date with the latest on the pandemic.