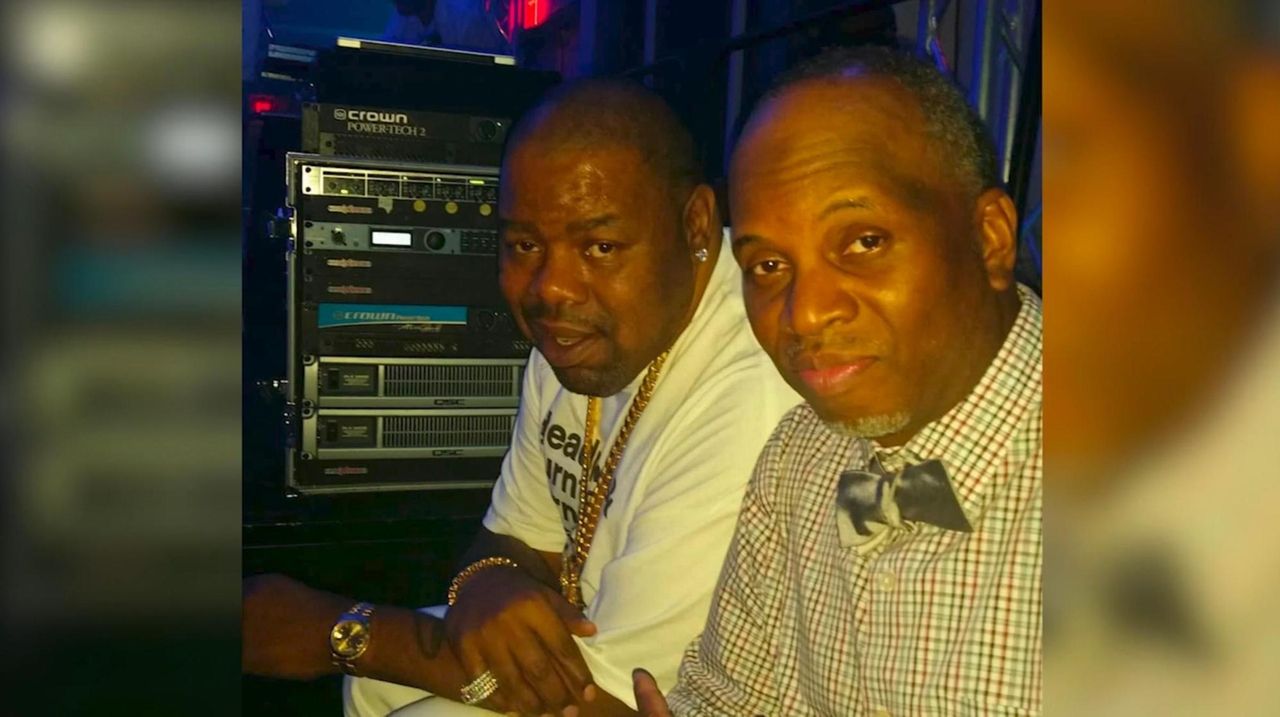 Clever, often comic lyrics, and always beat-heavy thumps propelled Biz Markie to hip-hop stardom, but countless house party performances from one end of Long Island to the other helped get him there.

To those who knew Markie by his real name, Marcel Theo Hall, when he was growing up in Patchogue, the fame he attained was a result of his personal plan.

For nearly four decades Markie did it, going on national tours while keeping in touch with friends from home.

Markie's mic and turntable talents made him an in-demand DJ for celebrities. His flair for comedy and a keep-it-fun-and-light vibe caught the eye of talent scouts.

By the time Markie died July 16 at 57, his persona had eclipsed music stages along with Hollywood parties and led him to movie cameos and appearances on the children's television show "Yo Gabba Gabba!"

Years before that, Long Island hip-hop fans were well aware of Markie's skills at beatboxing — a form of vocal percussion using the mouth and teeth to mimic a drum machine or other musical instruments.

There is sure to be lots of reminiscing of way-back-when during a private memorial service for him scheduled for Monday. And sometime in the near future, village officials said, anyone driving on West Avenue where it crosses South Street in Patchogue will pass a lasting tribute in the form of a street sign, "Biz Markie Way."

In the early 1980s, a formative decade for hip-hop before it had branched out and made stars of Public Enemy, De La Soul and other Long Island-based rappers, Markie's skills had already made believers out of Daryl "Chill" Mitchell and Belal Miller.

Both graduated in 1983 from Wyandanch Memorial High School and partied and created with Markie, whose sound would eventually climb the Billboard charts, etched in a hip-hop style all his own.

"These sounds that we thought was astonishing to see a DJ do with their hands," said Mitchell, 56, "… [Markie] is making the exact same sounds with his mouth."

Markie's plan included promoting other rappers coming up on Long Island and in New York City. It was not uncommon for a young and driven Markie to perform outside high schools across the Island, from Patchogue and Brentwood to Hempstead and Roosevelt, all the while reminding the kids of an upcoming show by either him or fellow soon-to-be stars like Doug E. Fresh and The Get Fresh Crew.

Markie "would be hopping on the train, going outside of each school and giving mini-concerts," said Miller, 55, his road manager from 2016 to 2020, who first saw him at Wyandanch Park in the summer of 1984.

"We call them mini-concerts," Miller said, "because he would beatbox with whoever was rapping at the time."

The pivotal moments didn't end for Markie that summer.

In late 1984, Frank Abel had just become band director at Wyandanch high. Abel had Rakim in the band when he was known as William Michael Griffin Jr. and before he reached stardom — as part of the hip-hop tandem, Eric B. and Rakim. The band was gaining notoriety for their skills, Abel said, but with "ancient" uniforms.

Not much asking was needed to get Markie to lend a hand, and of course, his skills, Abel said.

Markie performed in fundraising concerts at the high school — with the first one in February 1985 — along with Miller, who was in his early years working as a DJ.

"We had over a thousand people, the first performance," said Abel, 75, who left Wyandanch in 1989 and later taught at high schools in Mount Vernon, Uniondale and Roosevelt, where he consults on fine arts for the school district.

"We did two shows," Abel said, "and made enough money to put in to get the uniforms."

Mitchell, who along with Miller, was part of the hip-hop group Groove B Chill and also had a role in the film "House Party," said having specialties back in their Long Island days was a key to credibility.

When they were performing at parties, whether in someone's living room or backyard, or out in front of a high school, it "used to be Rakim, Biz, Belal and myself," Mitchell said. "… Everybody had their own thing. Biz had the beatbox, Rakim had a flow that was out of this world, I was a crowd motivator and Belal had scratches that was impeccable."

All the parties and traveling from one Long Island town to another for performances started paying off for Markie in 1986 as a member of the Juice Crew, a collection of rappers with roots in Queensbridge. He beatboxed his way through "Biz Beat," a song recorded with crewmate Roxanne Shanté.

Two years later, Markie released his debut album "Goin’ Off," and that summer, went on a U.S. tour with acts including Doug E. Fresh, Eric B, Rakim, Kool Moe Dee and Boogie Down Productions.

Although the song was a lighthearted look at the frustrations of a failed attempt at romance, its title spoke to who Markie was.

He always made time for the people who were with him in those early years, Horton said, and made a point of checking up on friends with a phone call.

Before that summer tour , called the Dope Jam Tour, Horton, who goes by the nickname, "Truck," said that while living in poverty, he started selling drugs. Markie got involved and offered him a job.

"He just said, you’re better than this," Horton said. "Come be my road manager and let’s go see the world."

Horton took his buddy from the backyard house party days up on his offer and worked as Markie’s road manager from 1988 until 1992, and again from 2004 until 2007.

"We were friends as kids," Horton said. "Whatever I did for him when he was trying to get on, I never looked for anything back. But he came back and he got me because he cared about me and he changed my life."