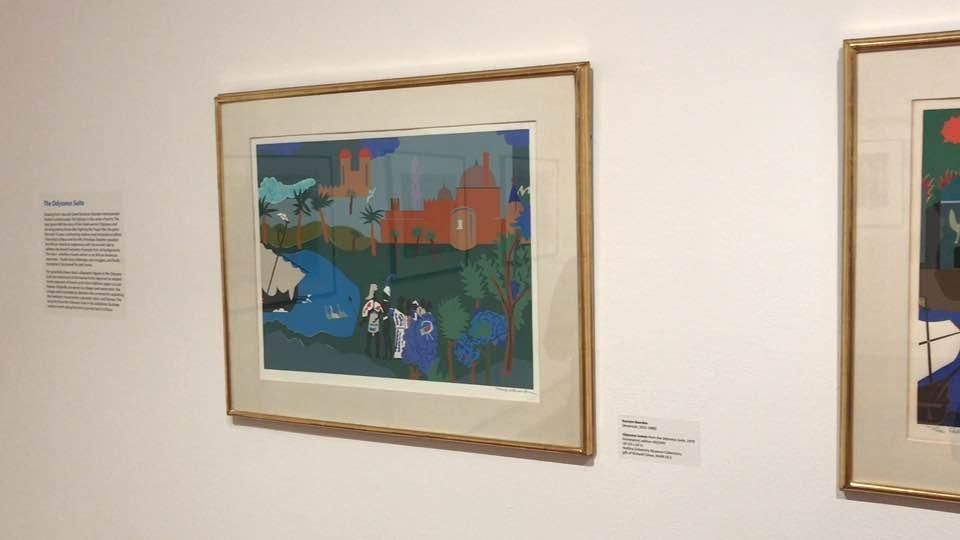 Rachel Davis grew up in an area of Long Island with little exposure to art and culture that reflected her reality as an African-American.

An exhibit at Hofstra University’s Emily Lowe Gallery — like others across the Island — is seeking to change that by bringing the works of African-American artists to the fore during Black History Month.

The Hofstra exhibit is showcasing the works of artist Romare Bearden, who was active in the 1970s and became known for telling stories of the African-American experience. The free show will be on display this month, and through Aug. 17, at the Emily Lowe Gallery on Hempstead Turnpike in Hempstead.

“Things like this didn’t exist when I was a child,” said Davis, 26, of Holbrook. “You [traditionally] equate humanity or the history of culture with white people . . . Where are the black people?”

“He’s putting our people . . . into classical mythology, and I’ve never really seen that before,” Davis said. “To be able to have that on my campus on Long Island, in a predominantly white culture, is really reaffirming.”

The Patchogue Arts Council also is promoting black culture with a showcase of more than a dozen African-American artists. Their work will be on display through Feb. 25 at 20 Terry St., in Patchogue.

The works are varied and include a detailed quilt by artist Faith Ringgold titled, “Tar Beach,” which depicts a black family on the roof of their Brooklyn apartment on a summer night.

Sharon Hutchinson, 52, of Patchogue, said she became teary-eyed while viewing that familiar scene: a black family together.

“Often we’re overlooked on Long Island,” Hutchinson said. “I see happiness and family, like my family. And I can see myself in it, too.”

Hutchinson, an artist, said seeing works by other African-Americans makes her optimistic about a future of equality on Long Island.

Other exhibits showcasing black artists this month include: