College professor Stephanie Burke said she did not feel welcome on Long Island.

Jackson-Howell, Ingram and Burke are among the Black people who have left the area in recent years for other parts of the country, particularly the South, a migration pattern experts said has been occurring for the past decade. While Long Island's Black population grew between 2010 and 2020, according to census data, it was far outpaced by the growth of Asians and Latinos.

"I do think it’s reasonable to assume that part of the reason that the Black population is increasing at a slower pace than Latinos or Asians [on Long Island] is because there is a movement nationally of Blacks moving South," said Christopher Jones, senior research fellow at the Regional Plan Association, based in Manhattan. "That’s true for the entire Northeastern and Midwest" regions.

While the 2020 census does not provide migration data, the American Community Survey of 3 million people annually conducted by the U.S. Census Bureau does.

Jeffrey Passel, senior demographer for the Pew Research Center, based in Washington, D.C., said his review of community survey data since 2010 showed "the South has been gaining Blacks over that last decade, and I think longer. … And the bulk of the movement is coming from the Northeast."

"New York State itself is a big factor in this," Passel said. "Over the last decade, about 200,000 more Blacks moved from New York to the South than moved from the South to New York."

The factors that influence the decisions of some Blacks to leave Long Island are varied, but the Island's economic conditions and social inequities, some local observers said, may partly explain it.

"High cost of living and the lack of affordable housing has inhibited Long Island’s growth of the Island’s Black population. There has been a decrease in the white population for the same reasons," John D. Cameron, chair of the Long Island Regional Planning Council, said in an email to Newsday.

"More equitable opportunity … and a more equitable distribution of resources" are needed to keep and attract more Black people to the Island, Cameron added.

Evidence of the change is anecdotal, with reports of Black congregants leaving their community churches, for example. But census data also shows many communities that long had Black majority populations have become less so.

An example of the changing composition of a Black-majority community can be seen in Lakeview, a hamlet in Nassau County. Lakeview has the Island's highest percentage of Black residents, according to the census, and was at 69.9% in 2020, down from 78.3% in 2010. That's despite a small increase in its overall population: 6,077 in 2020 compared with 5,615 in 2010.

The Rev. William Earl Thomas, pastor of St. Johns Baptist Church in Lakeview, estimated that about 10 parishioners — out of a congregation of about 150 — have left the Island in recent years.

"We’ve seen a transition, and folks are in the process of moving South," Thomas said. "Most of them say they can live cheaper down South."

The census also shows Black population counts in communities where they were long the majority have declined. Those include Hempstead Village, where Latinos are now the majority at 50.1%, and Roosevelt, where Blacks and Latinos are near parity (47.2% and 46.5%, respectively).

Some other communities show large decreases in Black residents, though they still remain the dominant group, including in North Amityville and Wyandanch in Suffolk County.

200,000 more Blacks moved South from New York than moved from the South to New York over the past decade

Another reason Blacks are leaving could be because of housing issues.

"When I have private conversations with other African Americans, there is often a story — a housing discrimination story," said Elaine Gross, president of ERASE Racism, a Syosset-based civil rights group that has documented racial inequities in housing and public education on Long Island.

"I think this severe residential segregation, and then school segregation that accompanies that, is not something that gets fixed quickly, but I do think that is part of the root cause" of some Blacks leaving Long Island, Gross said.

Researchers said the Island's segregation levels decreased somewhat between 2010 and 2020. The census shows small increases in the presence of Blacks in several of the Island's predominantly white communities.

Still, segregation on Long Island remains "a very entrenched pattern," said John Logan, a sociology professor at Brown University in Rhode Island, who, with Brian Stults of Florida State University, has analyzed segregation across the nation.

Logan said Nassau and Suffolk counties are "still on the high side, compared to other metropolitan areas. That’s not new."

In analyzing segregation between Blacks and whites, the two researchers ranked Long Island as the 10th-most-segregated area in 2020 among the 50 metropolitan areas with the largest Black populations.

Newsday talked to three former Long Islanders about why they left the region.

'I’m closer to family. It’s a much lower of cost of living.'

Ingram, 60, moved from South Floral Park, his home of 23 years, to Greensboro, North Carolina, this past March.

Ingram said he had a job opportunity — he's now vice president of network development at Cardinal Innovations Healthcare, based in Charlotte — a desire to be closer to his 93-year-old mother in Greensboro, where his sister lives as well, and financial considerations.

"It was an opportunity to sell my house," he said. "The housing prices were really great for sellers. I sold my house. I moved down here with a job. I’m closer to family. It’s a much lower of cost of living. It’s a trifecta for me in that respect." 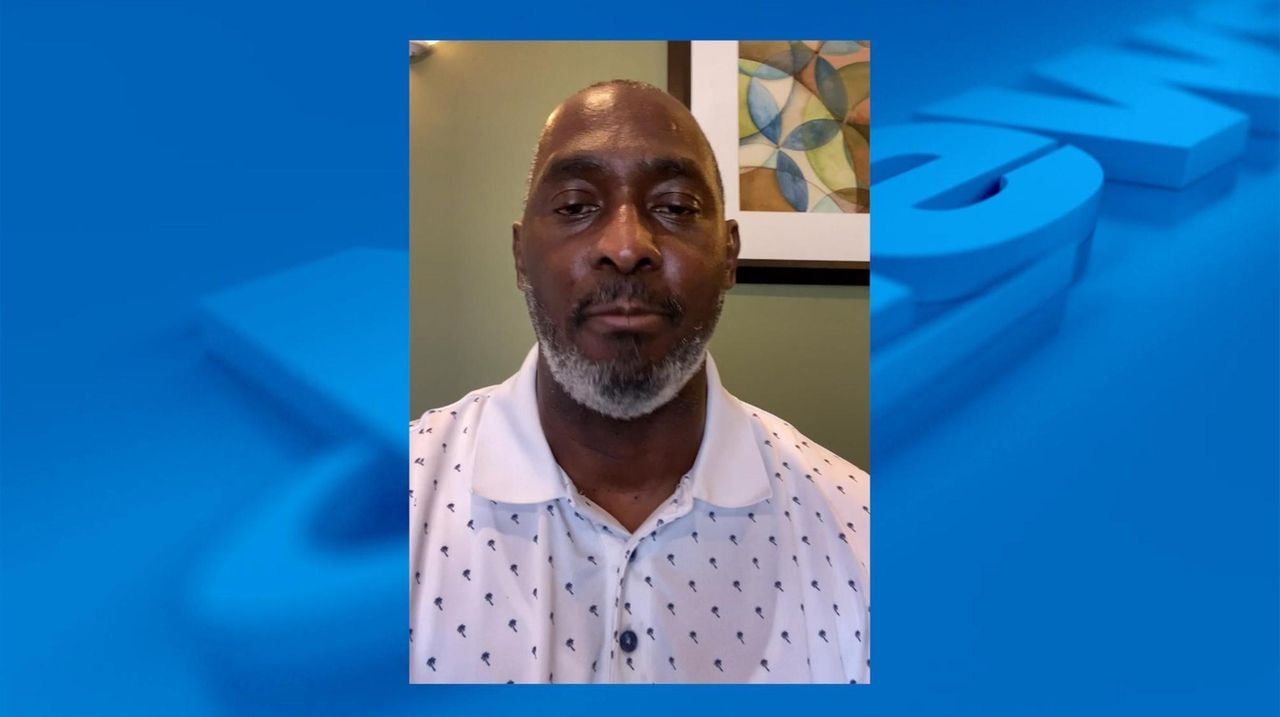 Why did he leave Long Island? George Ingram said he moved from South Floral Park to Greensboro, N.C., because of lower taxes and more affordable housing options. Credit: George Ingram

In Greensboro, Ingram said, "I’m in a two-bedroom apartment. I chose not to buy a house right away. I could buy a house down here for cash and still have money left from the proceeds of selling my house on Long IsIand." The median home price in Greensboro is about $225,000, according to Realtor.com.

Ingram said of South Floral Park, "I loved it. I was a village trustee there for over 20 years. I held every position except for mayor. I was deputy mayor, fire commissioner."

George Ingram packs up his home of 23 years in South Floral Park as he prepares to move to Greensboro, North Carolina.

South Floral Park, he said, "is a great place to live, a great place to raise a family. Once you reach a certain point in your life and your career, and your family is grown, the expense on Long Island is just high." He is divorced with two grown daughters.

He said he told the people that bought his home in the village that they were "going to love that community. I told them you’ve got great neighbors. It’s a quiet secret."

But he's excited about Greensboro, hoping to be as engaged in his new city as he was in South Floral Park. And while he misses his former community, he said North Carolina's lower cost of living was a significant plus.

'I just was tired of struggling and doing it on my own.'

-Stacey Jackson-Howell, 43, who moved from Bay Shore to Spartanburg, S.C.

Jackson-Howell, 43, grew up in Amityville but was living in Bay Shore when she decided to leave Long Island in 2011 and move to Spartanburg, South Carolina.

"I just was tired of struggling and doing it on my own," she said of living on Long Island as a single mother with one daughter at the time.

She said Long Island's high cost of living was just too much for her. "I was living in a two-bedroom apartment. I did have Section 8 [housing assistance]. Even with Section 8, I still could not afford it. I just was at that point, and I knew I needed a change. I figured I’d try South Carolina because I have a lot of family here."

Her parents had moved back to their native South Carolina in 2008.

Now married with another daughter in Spartanburg, where she works as a certified nurse's assistant and at a doctor's office, Jackson-Howell said having family nearby was "definitely a help."

She said her older daughter was in the fifth grade when they moved to Spartanburg. "My mom helped out. And then my youngest one was born here. My parents are getting older, so it’s good I’m here, and my sister and brother are here," Jackson-Howell said. Another sister remains on Long Island.

Jackson-Howell said she misses her Long Island friends, but as for the Island itself, "I don't miss it. I don't, because I was struggling there."

'I do not like Long Island … It’s very heavily segregated.'

Burke, 52, an associate professor of public health at Prince George's Community College in Largo, Maryland, left Roosevelt in 2019 for Columbia, Maryland. Her mother sold the family's Roosevelt home she had lived in for 52 years in April and moved to Maryland as well. Burke said her two brothers also left Long Island, one for Virginia in 2015 and the other for Denver in 2018.

"I think Roosevelt was and is a forgotten town," Burke said. "Growing up, my family was one of the first Black families on the block. My [late] father was a physician assistant and my mother was a nurse."

Around the time Burke's family moved there in the 1960s, Roosevelt was majority white. In 1960, Roosevelt was 82% white and 17% Black. A decade later, the white share of the population had plummeted to 32%, while the Black share rose to 67%.

Burke didn't mince words about why she left.

"I do not like Long Island. … It’s very heavily segregated. It’s ridiculous," she said, adding, "You're not welcome." She spoke of encountering "a lot of microaggressions." 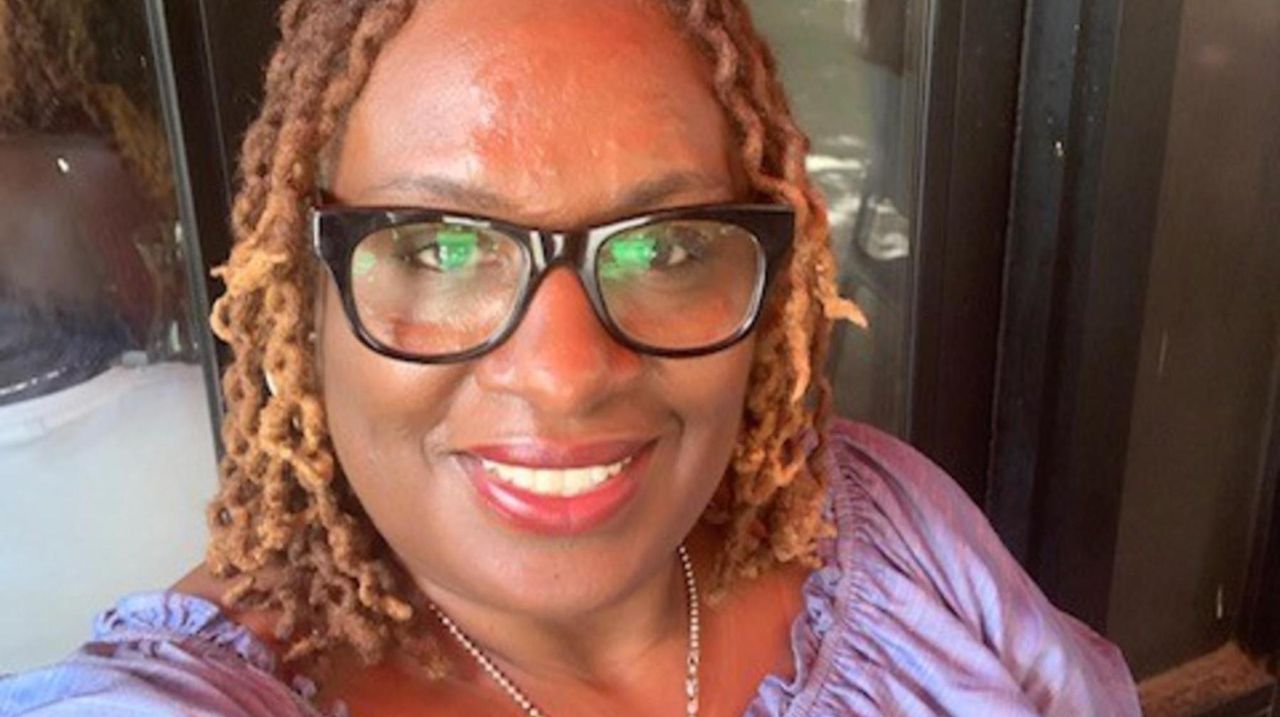 She moved to Maryland. Why she says it's better than LI. Stephanie Burke said she moved from Roosevelt to Columbia, Md., because Long Island was too costly and not diverse enough. Credit: Stephanie Burke

"You go in a store, people are following you — it’s a feeling. It’s the behaviors. The way they look at you. They ask questions they wouldn’t ask the next person. It’s not every place." She added, it's "not so much the comments, [but] the way that people look at you."

And then there's Long Island's high cost of living. "I could not find a home that was suitable for me" in a racially diverse enough area, she said.

Burke said it's different in Columbia, describing it as a racially diverse community with restaurants and recreational opportunities nearby.

Overall, she said, "The quality of life" is better.