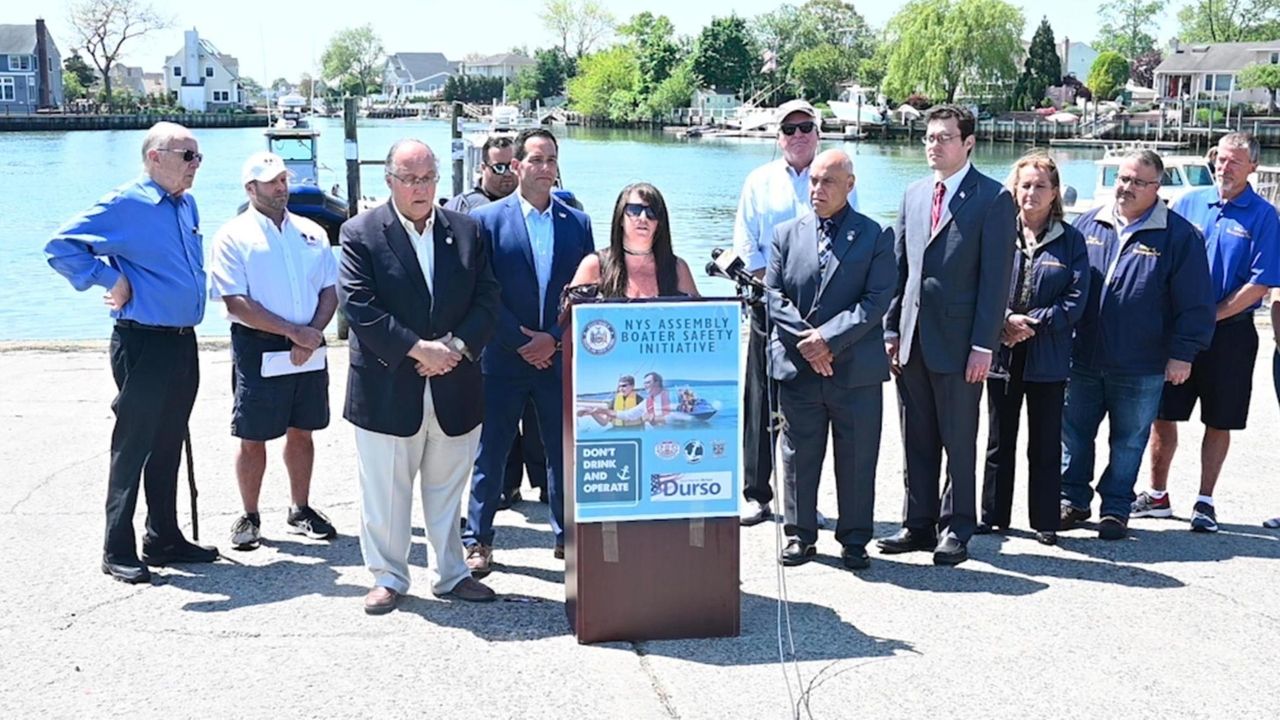 When her 11-year-old daughter Brianna was killed in a boating crash on Great South Bay off Bay Shore in August 2005, Gina Lieneck vowed to make boating safer for others.

On Tuesday, Lieneck, joined by six members of the New York State Assembly, urged local Long Island boaters to sign up for what will soon be mandatory boating safety courses for all motorized watercraft operators, the result of Brianna's Law, which took effect Jan. 1, 2020.

The law requires all operators of motorized watercraft to complete a state-approved course by 2025.

During the news conference at John J. Burns Park in Massapequa, Assemb. Michael Durso (R-Massapequa Park) and his fellow lawmakers also vowed to pass a bill that would mandate a New York State driver's license suspension or revocation for anyone convicted of Boating While Intoxicated — a proposal Lieneck has long championed.

"It's bittersweet," Lieneck said of Brianna's Law. "It will never bring back my daughter. But it will protect other families on the waterways from suffering a tragedy. The most important thing is people have to take boating serious and know it's just as dangerous out on the water as it is driving your car."

Statistics compiled by the New York State Department of Parks, Recreation and Historic Preservation in the 2019 Recreational Boating Report, the last year data was available, show there were 251 accidents statewide resulting in 129 injuries and 15 fatalities in 2019.

"You've got to follow the rules, you've got to be smart out there," Nassau County Police Commissioner Patrick J. Ryder said.

"Get out on the water, have fun," Durso said. "But it must be done safely and responsibly. Enough of these preventable accidents."