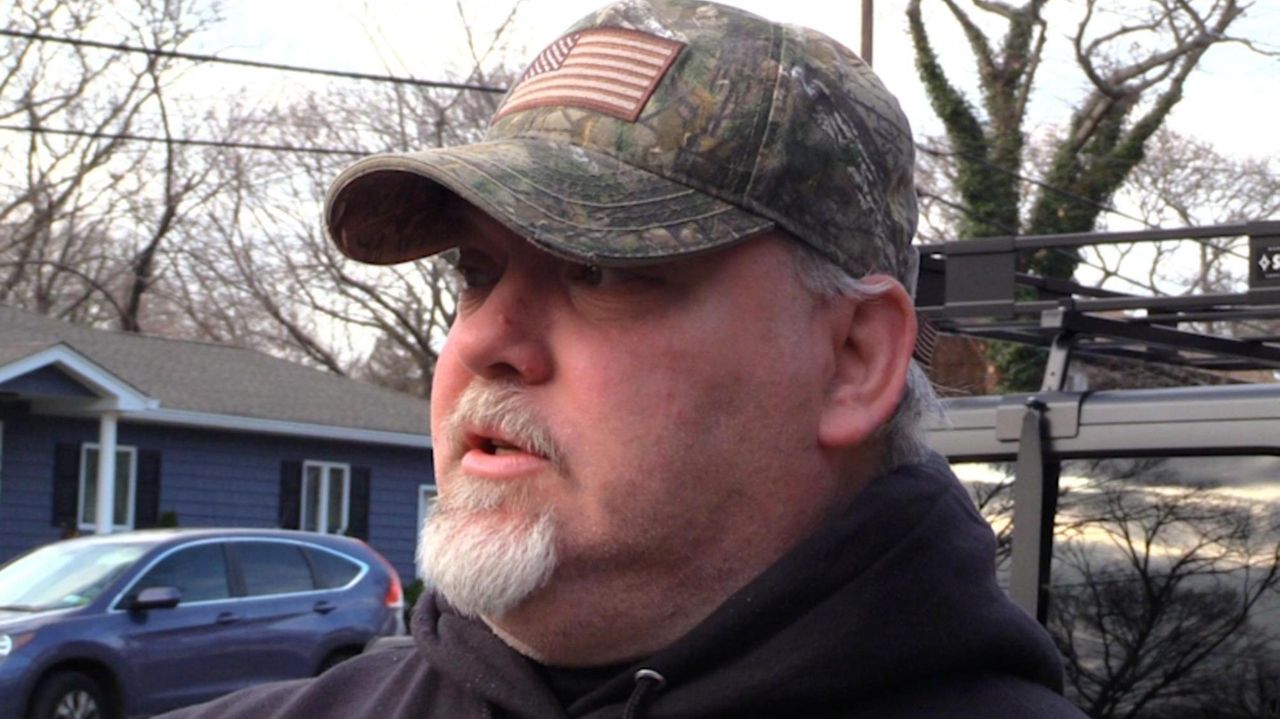 On Wednesday, Suffolk County police said bones found in the basement of a Lake Grove home right before Halloween are the remains of George Carroll, a Korean War veteran who vanished in 1961. Credit: James Carbone

An intact skeleton found in the basement of a Lake Grove home right before Halloween are the remains of George Carroll, the Korean War veteran who mysteriously vanished nearly 60 years ago, Suffolk police said Wednesday.

Police are investigating Carroll’s death as a homicide, according to a statement, and Suffolk County Medical Examiner Michael Caplan said blunt force trauma to the head was a cause of Carroll’s death, although authorities may never be able to determine who killed and buried the father of four.

“We were able to determine that the cause of death included blunt impacts to the head with fractures of the skull and brain injury, although there may be other injuries that are no longer detectable,” Caplan said in an email.

Carroll’s son Steven Carroll said he is not surprised the bones found in the basement of the family home belong to his dad, but the news was still tough to hear.

“This has been a long journey but it is still shocking to hear this,” said Steven, 61,  who said the family planned to have their father’s remains interred at Calverton National Cemetery.

Steven was 5 and his brother Michael, who owns the Olive Street home where the bones were found Oct. 30, was 8 months old when their father  disappeared in 1961. Their sisters Patricia and Jean were 9 and 7. George Carroll’s sons said their mother, Dorothy Carroll, never offered a straight answer about what happened to their father. They said she told them George, who was in his late 20s when he vanished, went out one day and never came back.

Other family members provided darker explanations about their dad’s disappearance, the brothers have said. Some told George Carroll’s children that the U.S. Army veteran had abandoned the family and may have returned to South Korea. Others suggested George Carroll had met a more nefarious end — and was buried in the basement of the family home, which Michael purchased from his mother in the 1980s.

Suffolk police say they believe nobody — including Dorothy Carroll, who died in 1998 at the age of 64 — ever filed a missing-person report.

“I’m happy to learn that that is my dad,” Michael said. “This is a deep and very emotional thing and everybody is dealing with this in different ways. This has broken up my family.”

Michael said the last person who may have had direct knowledge about George Carroll’s whereabouts was Dorothy’s second husband, Richard Darress, who moved into the Lake Grove home not long after his father went missing. The couple had a son who remains close to his half-brothers and sisters.

Suffolk police have said Darress, who divorced Dorothy Carroll in the early 1980s, is somebody they would have liked to interview about George Carroll’s disappearance. Darress, who became a long-distance truck driver, eventually moved to Nuevo Laredo, Mexico, near the Texas border. He died earlier this year.

Michael, who has lived in the Olive Street home most of his life, said a psychic told the children a few years ago that their father’s remains were somewhere in the basement of the house, which was built in 1925. A team of paranormal investigators who visited in June reported that they detected a “a lot of energy” in the house.

Michael said he started digging up his basement earlier this year, but he stopped because he feared the work would damage the structural integrity of the home. He later brought in a man who used ground-penetrating radar to examine the soil under the basement, which indicated a place with a disturbance in the soil five or six feet below the surface, Michael said. He decided to dig.

Michael's adult sons Michael Jr. and Christopher took over the dig a few months ago. After cutting through concrete that covered an old well, they found the bones around 10 p.m. on Oct. 30. Michael Carroll notified his family of the discovery and called Suffolk police the next day.  The remains were taken to the Suffolk medical examiner's office, which determined this week that the skeleton was indeed George Carroll.

“The DNA was extremely well-preserved within the skeletal remains, even after almost 60 years,” medical examiner Caplan said.

Construction was underway at the house when George Carroll went missing, police said, and Investigators suspect the body may have been buried by a worker or someone else who had unfettered access to the home.

“How does something like this happen?” Steven asked. “How do you dispose of someone and bury them in the basement and pour concrete over them and nobody knows about it?”

Michael said the family planned to have a memorial service for their father next spring, when the weather turns warmer.

Family unravels mystery after finding skeletonThe fate of George Carroll, a Korean War veteran from Lake Grove who mysteriously disappeared ... Brothers: Remains in basement are our father"It was just always a family legend or lore that the father was buried in the basement since 1961," a homicide detective said.