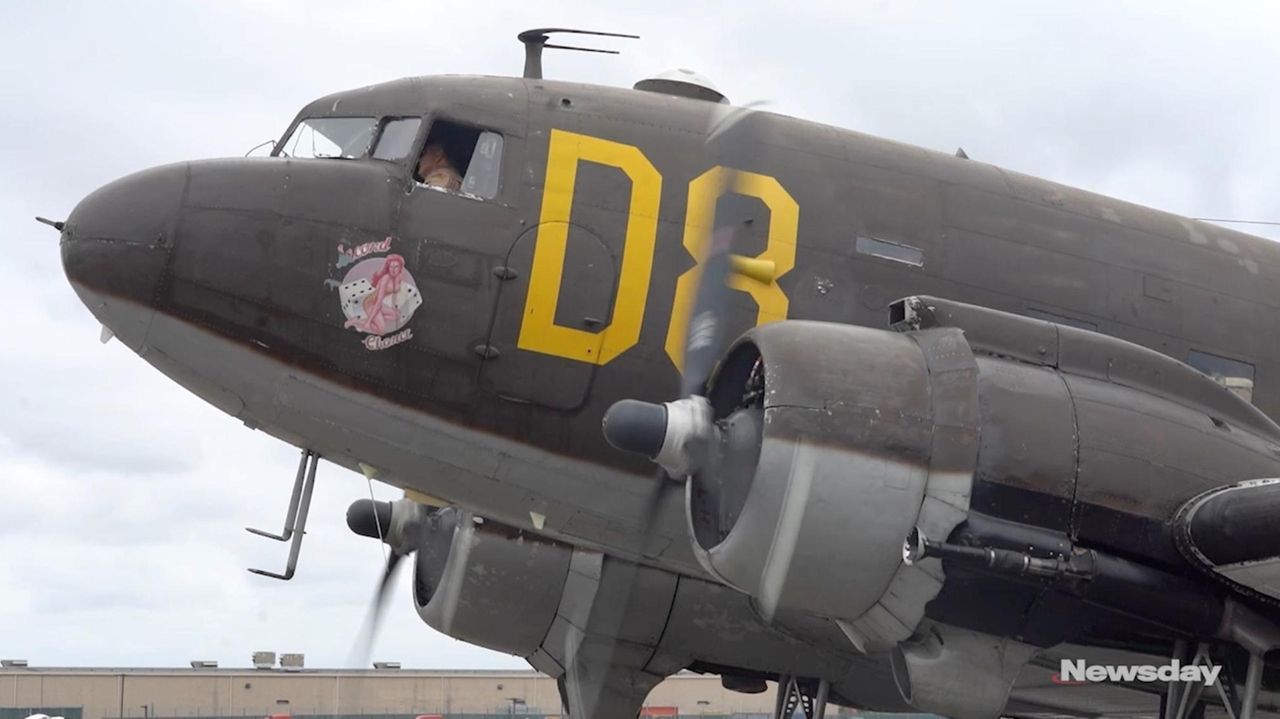 History lovers had an opportunity to fly in the C-47 plane as part of the 75th D-Day Anniversary Living History Flight Experience at the American Airpower Museum in Farmingdale on Saturday, September 14, 2019.  Credit: Debbie Egan-Chin

As George Holz stood in the cabin of a C-47 Skytrain on Saturday, he pictured that 1,400 feet below lay the beaches of Normandy — not the South Shore.

Holz, 87, of Merrick, was one of about 50 people who went up in the World War II-era plane for a living history flight experience at the American Airpower Museum in Farmingdale.

Participants got a taste of what it was like to be a paratrooper landing at Normandy ahead of the D-Day invasion, when the Allied forces stormed the coast of northern France. They dressed in Army fatigues, were briefed on their objective and then boarded the C-47.

“We wanted to share not only the aircrafts, but the history of the individuals that flew them,” said Jeff Clyman, the museum’s director and president. “Every aircraft has a story to tell because of the people who flew it.”

The event was led by World War II historians who guided participants through the immersive experience, which cost $350. Each person was assigned the identity of a member of the 506th Parachute Infantry Regiment, which was led by historian Robert Scarabino, who acted as the commanding officer.

In a small room with walls covered in maps of the French coast, Scarabino laid out the objective — to destroy a German garrison and secure the causeways leading to the beach. Before dismissing his troops, he issued them a tourniquet, a box of what was meant to be morphine and a reminder to take out a GI life insurance policy.

“You’ve been training hard and fast for two years,” Scarabino said to the room. “God bless you, and I’ll see you in the assembly area.”

Participants then boarded the C-47 and, as they flew over Jones Beach, lined up as if they were to parachute down. After about half an hour in the air they returned to the museum and pulled from their pockets a card which had written on it the fate of the paratrooper whose identity they had assumed.

Holz, of Merrick, played Pfc. Joseph Hogan, who he learned survived the campaign. Holz flew Saturday with his two sons and son-in-law, who treated him to the day as an 87th birthday gift.

“We were just thinking about the actual soldiers that were on that same plane and what they had to do,” Holz said. “It was unbelievable.”