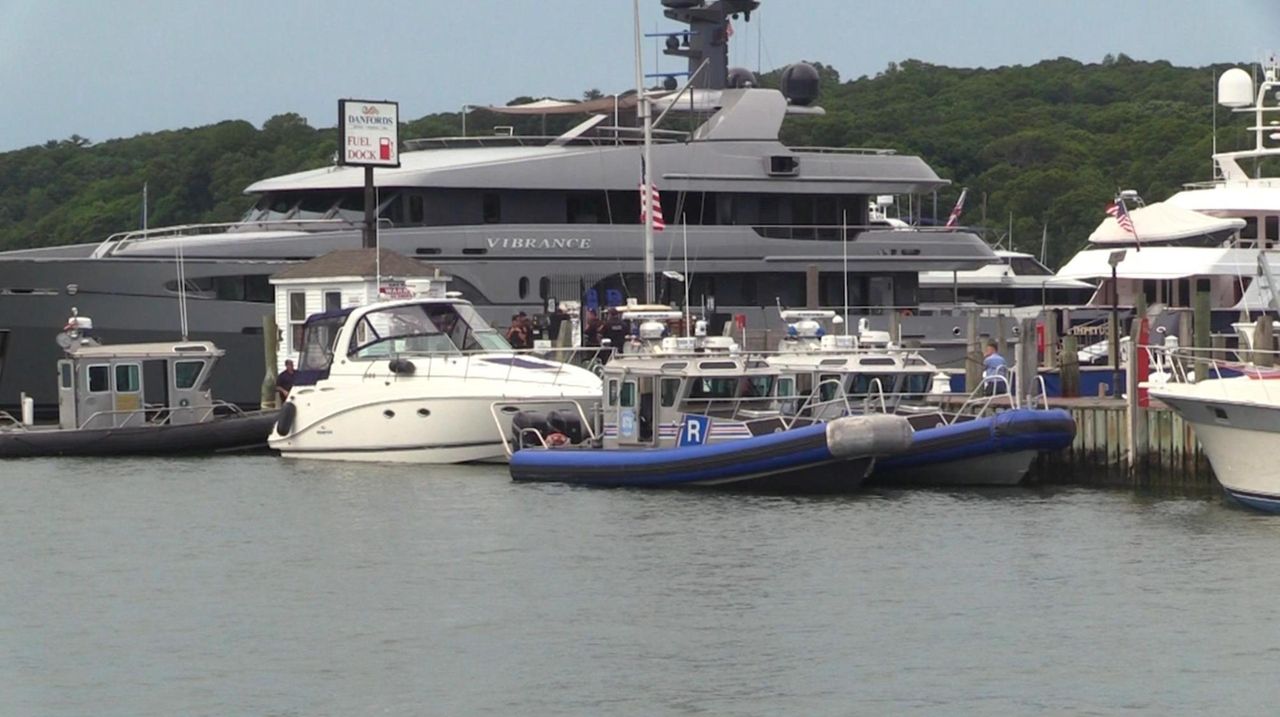 Sixteen people aboard a private pleasure cruiser in Port Jefferson were taken to hospitals Sunday afternoon for treatment of carbon monoxide poisoning on the vessel, according to officials on the scene. Credit: James Carbone

A carbon monoxide leak on a 35-foot private pleasure craft that sickened 16 people Sunday in Port Jefferson was caused, in part, by the vessel being overcrowded, according to the Suffolk Police and the Town of Brookhaven Fire Marshal.

Suffolk Police Chief Stuart Cameron explained that the leak occurred when the boat was operated at a high bow angle, with a heavy load of passengers and with the canvas up, reducing the amount of natural ventilation — commonly known as backdrafting or the "station wagon effect."

In a statement Chief Fire Marshal Christopher Mehrman said the carbon monoxide originated from the "motors and the generator running while the boat was going slow because it was over occupied."

It was not immediately clear what the capacity limit was for the vessel but Cameron said "the boat was not overloaded legally."

Authorities issued two tickets for expired safety flares and another for having less than the required number of personal flotation devices.

"Many boaters may not be aware of backdrafting but this is something they should be aware of," Cameron said.

It was also not immediately clear if the boat had working carbon monoxide detectors which are not legally required but recommended by law enforcement.

Meanwhile, all but one of the 16 sickened passengers have been released from area hospitals or will be discharged Monday evening, officials said.

The Captain Ryan, a 35-foot private pleasure Rinker craft, was traveling from City Island in the Bronx to Port Jefferson when 16 of 17 people onboard — including 12 adults and four children ages 10 to 13 — became sick with carbon monoxide poisoning, police said. The boat was able to safely dock at Danford’s Hotel, Marina & Spa.

Five of the six passengers admitted to Mather Hospital's hyperbaric unit were scheduled to be released Monday evening after completing their treatments, said spokesman Stuart Vincent. The sixth will remain at Mather for further testing, he said.

Stony Brook and St. Charles said all patients brought to their hospitals have been treated and released.

The origin of the carbon monoxide has been ruled noncriminal, police said.

Official: 16 on boat sickened with apparent CO poisoningSixteen people aboard a vessel in Port Jefferson were taken to hospitals Sunday for treatment of carbon monoxide poisoning, officials said.