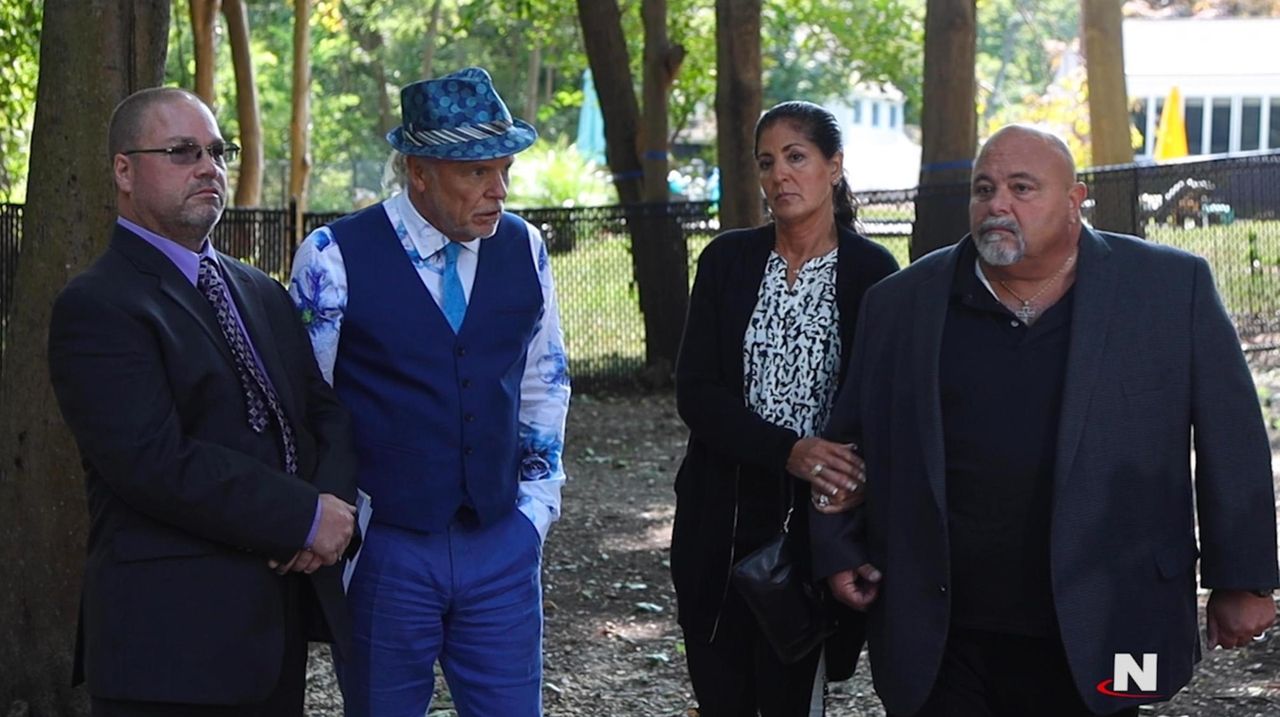 Three Long Islanders claim they’re living in fear and their reputations have been ruined after an incident involving Cardi B’s sister and her sister’s girlfriend at Smith Point, which was shared on social media. But the rapper says her sister and her girlfriend were being harassed. Credit: Howard Schnapp / Photo Credit: Noam Galai, Getty Images

Three Suffolk residents contend they were threatened, assaulted and later defamed by rap superstar Cardi B, her sister Hennessy Carolina and girlfriend Michelle Diaz after a confrontation at Smith Point beach captured on cellphone video and shared by the hip-hop star on social media.

The beachgoers, who filed suit against the trio last week, allege the Sept. 6 incident was sparked when Diaz's Mercedes pulled up to the oceanfront beach and blocked in Manuel Alarcon's Mitsubishi Outlander.

The incident quickly escalated. The video shows Carolina hurling expletives, racial slurs, graphic sexual descriptions and threats of violence at Peter and Pauline Caliendo of Moriches, who had attempted to intervene in the parking dispute, and at Alarcon, who was wearing a Make America Great Again hat in support of President Donald Trump.

Cardi B was not present for the incident but later shared the video on Twitter and Instagram. On social media, Cardi B, Carolina and Diaz allege Alarcon and the Caliendos made several racist and homophobic remarks and told them "go back to your [expletive] country."

On social media, the Bronx-born rapper called the residents "racist" and said they were "harassing" Carolina and Diaz "all because they are a Afro/Hispanic gay couple."

But at a news conference in Miller Place Tuesday announcing the $20 million lawsuit, the residents denied those allegations and said they were victimized by publicity-seeking Internet stars looking to stir up trouble.

"All I wanted to do was go home. That's all I wanted," said Alarcon, of Middle Island, who works in transportation management. "And now my life has changed … I've got insomnia. I am on medication for it. I have not slept since 12:05 two days ago. I am upset. I am in fear."

Representatives for Cardi B, Carolina and Diaz did not respond to requests for comment.

Attorney John Ray said the 49-second expletive-laden video is just a fraction of the full confrontation and that the recording was edited to show his clients in a poor light.

"You just don't do these types of things without consequences," Ray said. "And these are the consequences. This is about money."

Ray's lawsuit cites claims of assault, as Carolina "sprayed her copious spittle" on his clients, along with battery, defamation of character, libel and violation of their civil rights to privacy.

Peter Caliendo said he spent the day at the beach with his wife, two children and 8-year-old granddaughter when Carolina and Diaz arrived and illegally parked on the beach, blocking in Alarcon's SUV.

Caliendo said he asked Diaz to move the vehicle as Alarcon, who was standing nearby, was preparing to depart. But Caliendo said Hennessy became enraged, sprinting from the beach with her cellphone camera in hand, hurling expletives and threats of violence.

"I live in fear," said Caliendo, an ambulance salesman. "She said she had a gun and … that she would get her people to come after us and hurt us for real."

On the video, Peter Caliendo can be seen telling Carolina to move back while his wife engaged in a heated back-and-forth with the reality star.

The Caliendos, who had a Trump flag on their tent and "Blue Lives Matter" banner in support of police on their pickup truck, said Carolina also criticized their support for the president.

Alarcon said he called 911 but by the time officers from the Seventh Precinct arrived, Carolina and Diaz were gone.

The incident, Alarcon said, has left him rattled, with co-workers treating him coldly and a stranger calling him a racist in a store.