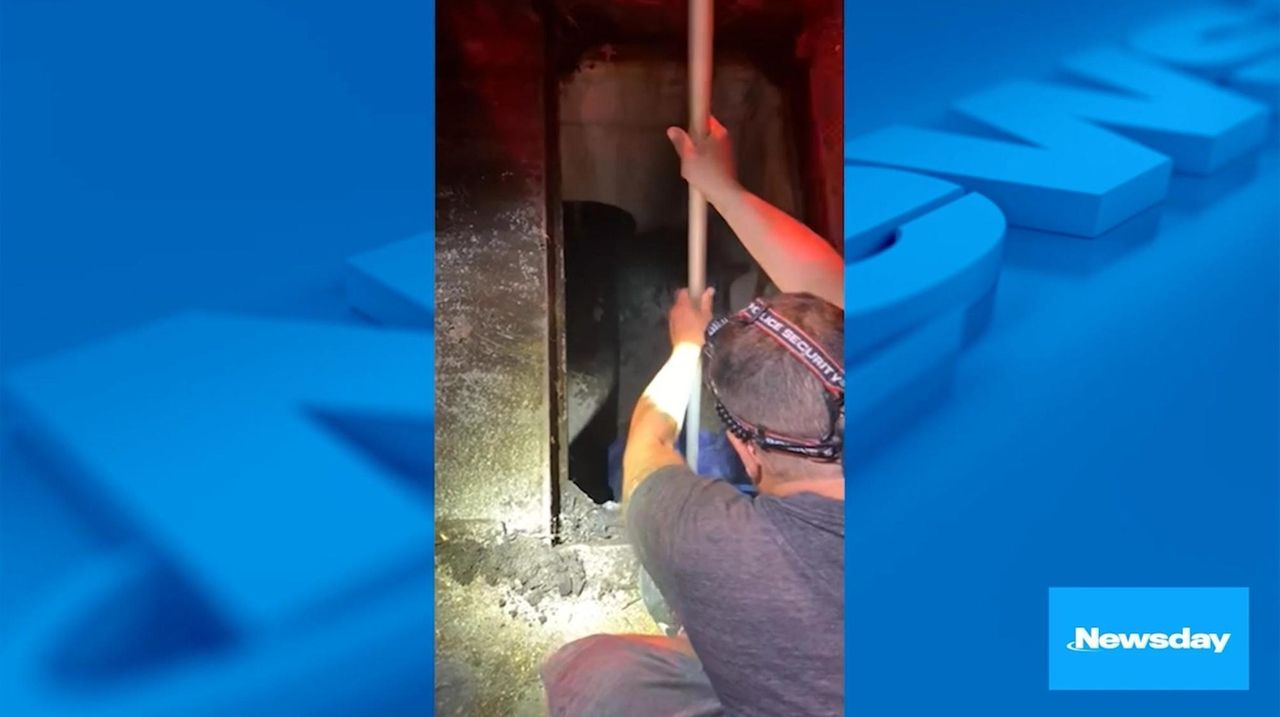 A cat seen on video in Holbrook with a tin can on its head is expected to make a full recovery Thursday, while the night before a baby killdeer had to be rescued from a storm drain in Port Jefferson Station.

On Thursday around 8 a.m., Holbrook resident Karen Anderson spotted a black cat running frantically on Avenue B near Union Avenue.

"I had seen this cat before but I was not expecting to see it with a tin can on its head," Anderson, 51, said.

She then called Frankie Floridia, president of Strong Island Animal Rescue of Port Jefferson Station, for help. Others had tried to rescue the feline, believed to be a stray, but were not able to.

"I knew that it would be very soon before this animal would die," Floridia, 46, said, adding he has a contract with Brookhaven Town to rescue animals. "No food, no water. The residents there said that they’ve seen this going on for four or five days."

Video of the rescue shows Floridia using a net to catch the cat, which was underneath the front porch of Anderson’s home. Floridia initially caught the cat successfully, but the animal managed to escape.

A scramble then ensued as footage shows Floridia running after the cat into the driveway of a different home before using a net to get the cat and place him in a container.

"We got him," Floridia said in the video.

Floridia and staff at Sweet Briar Nature Center in Smithtown were able to remove the can. The cat was then taken to Long Island Spay and Neuter in Medford.

Less than 24 hours earlier, Suffolk County police said they received a 911 call that a bird fell into a storm drain at about 9 p.m. Wednesday on Route 347 near ShopRite in Port Jefferson Station.

When Floridia arrived at the scene, he said a woman "actually heard the chirping back and forth" between the baby and its mother.

"I was unable to remove the drain by myself so I called the police back and had them block the road and we were able to together lift the drain off," Floridia said.

Video shows Floridia using a net to lure the killdeer, a type of plover, in before lifting the net up and placing the bird into a plastic container.

The bird was taken to Sweet Briar Nature Center for hydration and was reunited with its mother, Floridia said.