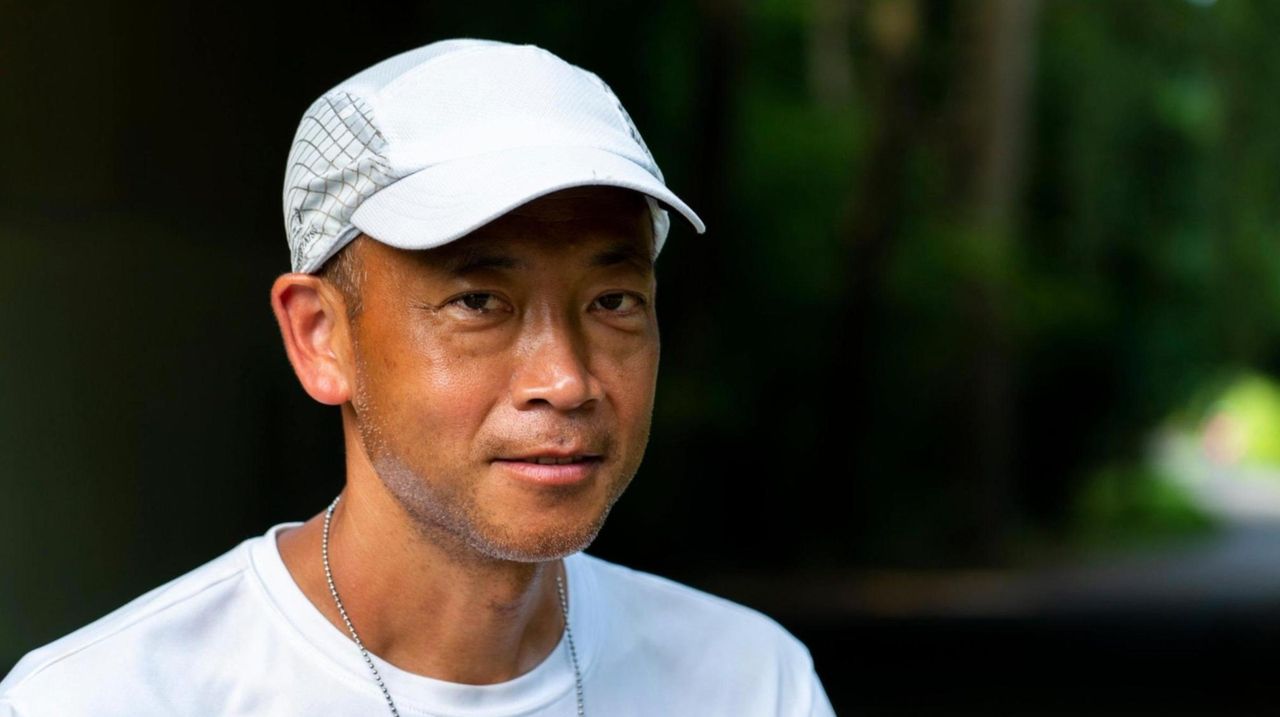 Wai Law, from Bethpage, ran hundreds of miles in honor of his friend's father and to raise awareness for Parkinson's disease.  Credit: Corey Sipkin

In Buffalo, in Rochester, in Brockport, in Albany, in Syracuse, and throughout New York State, strangers would stop Bethpage accountant Wai Law to ask why he’s running a trail with an empty stroller.

To raise money for Parkinson’s disease research, Law, 54, would explain, he is running some 555 miles along the Empire State Trail. And about a dozen times, to Law’s surprise, the strangers shared stories of how the disease — a disorder of the central nervous system that impairs movement — impacted their moms, dads, grandmas, grandpas and friends.

"It really opened up my eyes and mind as well," Law said, at 240th Street and Broadway in the Bronx, on the homestretch to his finish at Battery Park in lower Manhattan. Law completed his run late Monday night.

Law departed Buffalo on June 25 on the 11-day fundraising trip. He pushed the stroller with his necessities for the journey — camping gear, clothing, water.

The trip was inspired by his friend and fellow accountant Dennis Almodovar, 53, of Massapequa, whose dad, Ruben, of Wantagh, died at age 80 in 2017, of the disease.

The money raised from Law's run helps Stony Brook University’s Thomas Hartman Center for Parkinson's Research, which was created by an endowment about eight years ago. The center conducts the early work that generates data so researchers can qualify for federal grants, said Dr. Alfredo Fontanini, professor and chair at Stony Brook University's Department of Neurobiology and Behavior and co-director of the center.

"Often when you apply as a scientist to federal grants, and you have a very new idea, you also need a lot of preliminary data to be able to put in a grant and support the project," Fontanini said, "and so funding that sparks new ideas is actually very rare to find and very precious because that can translate some very innovative new programs into reality."

Stony Brook spokeswoman Kali Chan said the fundraiser had garnered $14,426, with 142 supporters, as of early Monday afternoon. Fontanini said the endowment plus donations averages about $100,000 or $150,000 a year. The money raised isn't the only benefit of Law's run, he said.

"Of course, you know, the money's good, and we're very grateful for that, but the most important part is the awareness that Wai raised on Parkinson's disease and on the need for Parkinson's research."

The center backs research projects relating to the symptoms of Parkinson's — cognitive, emotional, for example — as well as therapies to stop disease progression, with an eye to a cure.

Research at the center is done both on animals and humans. Fontanini said there are three or four projects funded a year. One recent project funds work by two researchers at Stony Brook focused on trying to understand the function of a newly discovered protein that could be important in the disease’s progression.

Fontanini, 49, himself a runner, trained recently with Wai and Almodovar at Sunken Meadow State Park.

"It was wonderful. We ran together, 18 miles, that to me seemed an incredibly long distance," he said Sunday. "Of course, I realized it’s quite a joke compared to the feat that Wai is about to complete."

As for Law, he said on Monday: "Other than some aches and pains, I feel pretty good. Perhaps a little sleepy."