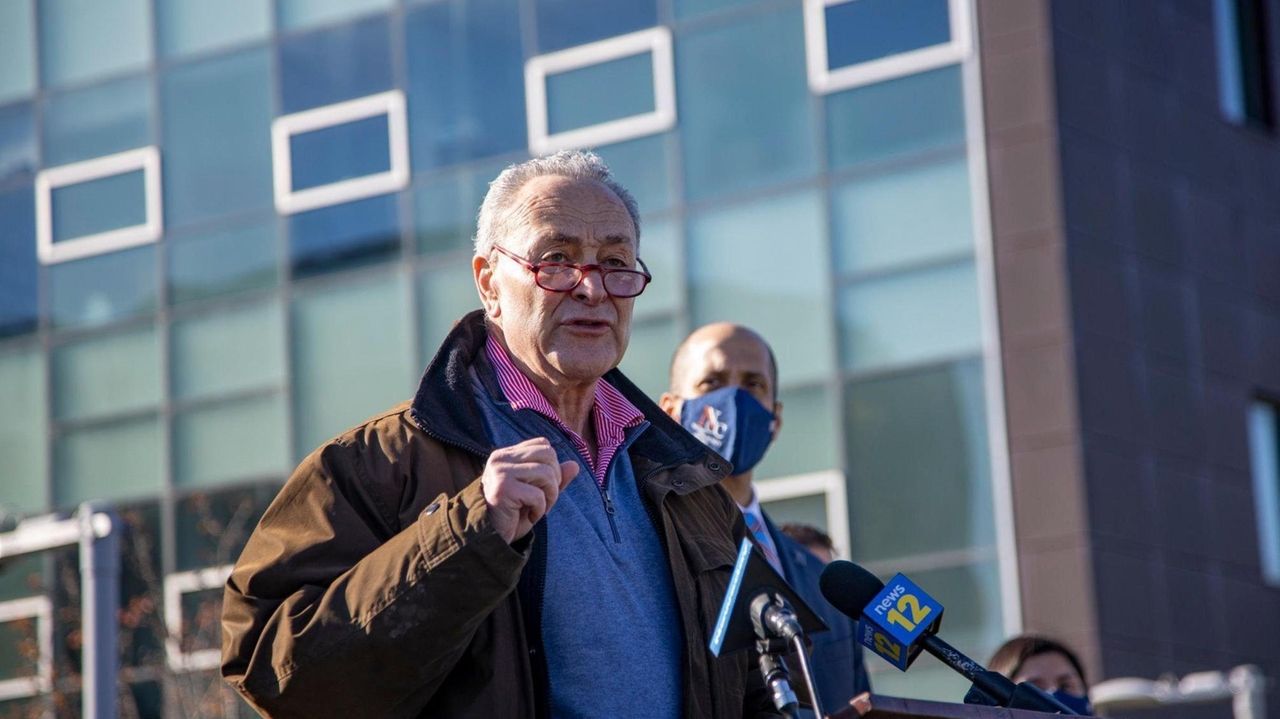 "Thinking what that final amount will be fills me with anxiety as I wonder what sort of opportunities I am giving up such as traveling, saving for retirement or starting a business," Asfe said Tuesday during a news conference at Nassau Community College where Sen. Chuck Schumer urged President-elect Joe Biden to cancel up to $50,000 in federal student loan debt after taking office.

Schumer (D-N.Y.) said Biden can issue an executive order under the Higher Education Act to substantially cancel federal student loan debt for students across the country with no tax liability. Roughly 93% of student loans are backed by the federal government.

The plan, the senator said, would provide relief to millions of borrowers struggling with onerous debt and interest payments.

Biden has yet to commit to a wide-scale student loan forgiveness program — a wish-list item for many progressives. In March, then-candidate Biden tweeted that he supported forgiving a minimum of $10,000 in federal student loans.

Canceling that debt "will help alleviate the financial burden so many face in their pursuit of higher education," said Natalie Asitimbay, president of Nassau Community College's Student Government Association.

Before the COVID-19 pandemic, 8.8% of loan borrowers on Long Island were more than 90 days behind on their student loan payments, said Nassau Comptroller Jack Schnirman,

"Student loan delinquency is higher than any other debt including mortgage or credit card debt," said Schnirman, who contends the executive order would "supercharge" the local economy and drive new spending.

"The role of college is supposed to be to prepare you to get a job and give you the skills to pursue whatever goals you have in life," said Spencer Payton, a higher education major at Stony Brook University. "It should not burden you with insurmountable debt."

Liane Aviles hoped a master's degree from Stony Brook's School of Social Welfare, where Asfe is currently studying, would "catapult" her to new career opportunities. Instead, Aviles, a wife and mother who graduated in 2017, said she's unemployed and drowning in debt.

"We need this relief," she said. "We need to be able to get our heads out of the water and to finally breathe again."