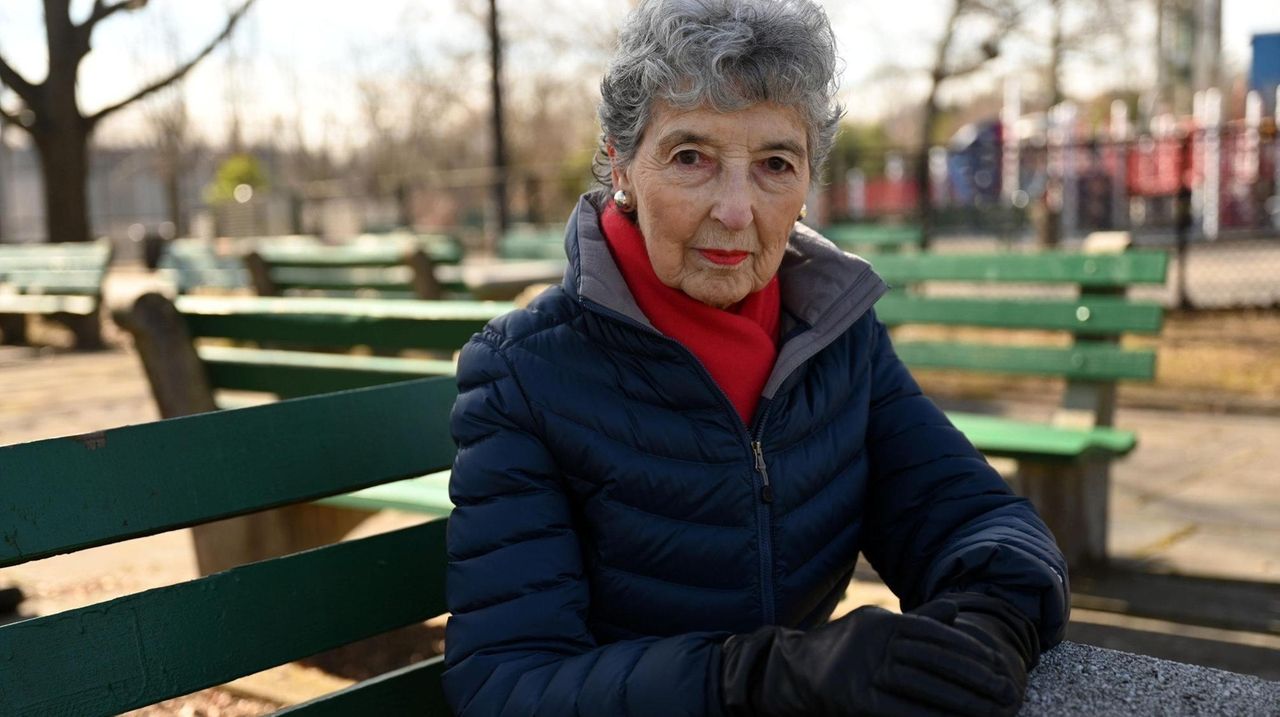 Three Long Islanders with deep roots in the civil rights movement say they are disturbed by what see today in U.S. racial relations and civil rights. Credit: Newsday

One was a special assistant to James Farmer, the head of CORE, one of the top civil rights organizations of the 1960s. Another camped out in front on the White House in protest on her way to the famous 1965 marches in Selma, Alabama. A third is the longtime leader of the NAACP on the East End, fighting to integrate local schools and governments.

These three Long Islanders have deep roots in the civil rights movement. All three are disturbed by what they are watching today in the United States as, they say, racial relations deteriorate, civil rights appear under attack and bigotry has become acceptable in many quarters. At the beginning of Black History Month, here are their stories and their thoughts.

On many days when she reported to work in the Harlem offices of the Congress of Racial Equality, or CORE, Marge Rogatz was the only white person there.

Rogatz was a special assistant to James Farmer, who was the national director of the group. She did background research for his speeches, sought grant money to keep the organization alive, and helped alert the media to the group’s latest actions, including Farmer’s arrests. She commuted to Harlem from her home in Roslyn, where she lived with her husband and two children.

In this front row seat to history in the making in the 1960s, Rogatz met and dealt with many of the legendary leaders of the civil rights movement, from Stokely Carmichael to the Rev. Martin Luther King Jr. “I worked with all these people,” Rogatz, now 91 and living in Port Washington, recalled in a recent interview. She met King twice when he visited Long Island, and “knew his lieutenants well.”

“More important,” she added, “I worked with the unsung heroes of the civil rights movement. Most of them were women. They set up freedom schools. They registered voters. They did all kinds of things. And many of them had their homes burned.”

In 1961, Farmer initiated the first Freedom Ride, a campaign to integrate the bus systems in the South that was often met with bloodshed, including attacks by Ku Klux Klan members.

Rogatz often was present when Farmer called in to CORE leaders on Long Island during the rides to alert them to developments. She did not go on the Freedom Rides herself even though she wanted to because CORE had strict rules about who could participate — the mother of two young children did not qualify because of the violence.

Rogatz became involved in civil rights straight out of college — shortly after graduating from Barnard College in the early 1950s, she became a board member of the National Urban League. By 1956, when she moved to Long Island, she became involved with CORE chapters in Nassau and Suffolk counties. That led to her work in the national office.

Today, more than a half-century later, she is “extremely alarmed” by the state of race relations.

“I think they are terrible,” she said, as “unbelievable bigotry” has become commonplace. “There is a perfect storm of bigotry being expressed in all kinds of different ways that we didn’t think used to be acceptable.”

She doesn’t think racism ever went away — it was just kept more under wraps. The election of Donald Trump has changed that, said Rogatz, who is a co-founder of the Long Island advocacy group Erase Racism.

“Trump has allowed … this deep deep racism … to be OK,” she said. “And the result is it’s an underlying disease that has to be really changed, wiped out.”

To do so, she believes the country needs visionary leadership. “Now, more than ever before in our history, we need wise, steadying, courageous leadership to combat the discriminatory and dehumanizing rhetoric, policies and practices that are being proclaimed and instituted by our president and his appointees at all levels of governments — federal, state and local,” she said.

She also favors reparations to the descendants of slaves as part of the solution.

“Historic and continuing white power and white privilege have produced and maintained structural and institutional racism across the nation and here on Long Island,” she said.

Sandy Thomas was on her way to what would become historic marches in Selma, Alabama, in 1965, including two led by the Rev. Martin Luther King Jr. By the time she and other college students arrived in Washington, D.C., though, word had come that violence seemed unavoidable down South.

Leaders of the Student Nonviolent Coordinating Committee (SNCC), one of the preeminent civil rights organizations of the 1960s and to which Thomas belonged, ordered the students to stay in Washington because it would be too dangerous in Selma.

So Thomas and the other students spent a frigid night outside the White House at a vigil to support the Selma march. Every once in a while a local church opened its doors to the students for hot chocolate and a chance to warm up.

The next day, March 7, led by James Farmer of CORE, they marched to the Washington Monument for a rally with a coalition of groups. They sang spirituals as they marched, with Thomas’ eyes welling with tears as she felt the stirrings of justice they were fighting for.

Meanwhile, in Selma, state troopers and local police attacked 600 unarmed demonstrators with billy clubs and tear gas in what became known as “Bloody Sunday.” It was a turning point in the civil rights movement, horrifying millions who saw the images on television. King arrived to lead another march two days later, and another, longer one on March 21.

Thomas, of Wheatley Heights, had joined SNCC in the mid-1960s as a college student in Ohio. When she was a freshman at Central State University, a historically black college in Wilberforce, students protested outside a barbershop in the nearby village of Yellow Springs after a black student was denied a haircut. Police turned high pressure fire hoses on the demonstrators.

The next day Thomas took part in a march on the local jail to protest the arrests of numerous students. A year later came Selma.

Decades after those electrifying days, Thomas, a member of the NAACP and other groups, is distraught over what she sees in the world of civil rights and race relations today.

“It’s frightful to me,” said Thomas, who has spent years combating racial steering by real estate agents and other problems on Long Island. “Intolerance has become very, very heightened under the president. I think he recognizes the culture of hate, and that’s why you have so many bias incidents that are occurring."

“As a whole, I don’t see a national movement” in favor of civil rights, she added. “I see hate and intolerance. I don’t see any national leadership that says these things are wrong and that we need to do something about it.”

She noted that the movement of the 1960s was successful in getting people to coalesce around it — “whites, blacks, Christians, Jews, all kinds of people. In addition, we were successful in the courts and in Congress.”

Today, she said, “I don’t see any of that happening.”

Lucius Ware grew up in Ohio and as a high school student he recalls how many public swimming pools there were off-limits to blacks. Court cases and protests ensued, and eventually the pools were integrated.

Around the same time, the newspaper in his hometown carried out its own form of segregation — news about blacks was relegated to a small, back pages section under a heading, “For Colored Subscribers.”

Ware and others were outraged, and orchestrated a boycott of the newspaper for two months. The newspaper changed its policy.

Ware’s father was a longtime activist in the NAACP, and by the time the son relocated permanently to Long Island in the late 1960s, he brought that activism with him. Ware would soon become a leading force in the civil rights movement on the Island, operating out of his home base in Southampton and becoming president of the Eastern Long Island NAACP.

He was a trailblazer almost from the start. When he got hired as the work-study coordinator at Southampton High School, he was one of the few blacks on the schools’ payroll.

The bias was not limited to the schools, he said. Ware said he saw it in local government as well. In one of his more notable achievements, Ware organized a protest movement against the Town of Southampton in late 1999 and early 2000 over its largely unfulfilled affirmative action agreement of 20 years earlier.

For a couple months, he and others protested regularly at Town Hall. Ministers did a prayer vigil. African-Americans from various churches lined the halls. Another day, protesters brought pots and pans and did a drumroll throughout the building. On the final day of the protest, they marched through the Village of Southampton and symbolically nailed their demands on the Town Hall doors — something like Martin Luther and his Ninety-five Theses, Ware said.

Before the protest started, there were just a handful of blacks working for the government. By the time the protest ended, there were several dozen, Ware said. And in subsequent years the numbers continued to grow, reaching 17 percent by mid-2003.

Today, Ware, who went on to work in several school districts in positions including principal and superintendent, is disappointed by what he sees in terms of race relations and civil rights on Long Island.

“I don’t believe that we are farther along than we were 30 or 40 years ago here on Long Island,” he said. “We have a long ways to go.”

He said he believes that because “there seems to be more hatred spewing than there was at that time. You have more negative comments than ever before.”

As part of the solution to deteriorating race relations, Ware sees a need for a change in national political leadership.

And one of the biggest solutions may be education, specifically having students study the history of African Americans, slavery and the civil rights movement, he said.

Ask the Clergy: Honoring Black History MonthBlack History Month, which began Feb. 1, is celebrated throughout Long Island in schools and ... Raynham Hall tour illuminates history of slavery on LIThe tour, called "Standing Where They Stood," was sparked by a previously unknown Townsend family Bible that a New York City auction house obtained in 2005. Quilt illustrates Spinney Hill's African American rootsMore than a year of research and design culminates in a quilt that depicts scenes of the community where freed slaves from the South had settled. Black History Month events on Long IslandBlack History Month has its roots in 1926, when the organization now known as the ...