Below-freezing temperatures and wind chills as low as 20 degrees below zero are expected to continue throughout the weekend and that could put extra stress on pipes, particularly those in elevated homes. Looking north, elevated bungalows in Long Beach. Credit: Barry Sloan

Below-freezing temperatures and wind chills as low as 20 degrees below zero are expected to continue until Monday and that could put extra stress on pipes, particularly those in elevated homes.

“This has been a talk of the town and it is a major issue,” said Ben Jackson, a general contractor in Freeport who has raised 100 homes since superstorm Sandy hit in 2012. “It’s all over, more so with elevated homes.”

Whether for peace of mind, lowered insurance rates or to meet Federal Emergency Management Agency rules, thousands of homeowners across Long Island find themselves many feet in the air, or in the process. Some raised homes have open foundations and others are closed, but with flood vents that can be drafty.

That extra exposure to wind and temperature can cause pipes to freeze if they aren’t properly insulated or heated.

Jackson, president of Ben’s General Contracting Corp., said three of his raised homes have had frozen pipes, some due to old house issues, some due to new construction.

“[The issue] is kind of new,” he said. “This is something that is being thought about.”

At Shannon Bauman’s house in Bay Shore, her toilet froze a few days ago. She resorted to heating water in a pasta pot and pouring it into the bowl to thaw out the freeze.

“Everybody’s got these wide open spaces now,” she said. “All you need is the wind on that.”

Her contractor stopped working without notice on her lifted home in October and she called in another person to look at her pipes. He added insulation where he could and she cut wood or Styrofoam to fill holes in her foundation, which is now 5 feet higher than it was before Sandy. 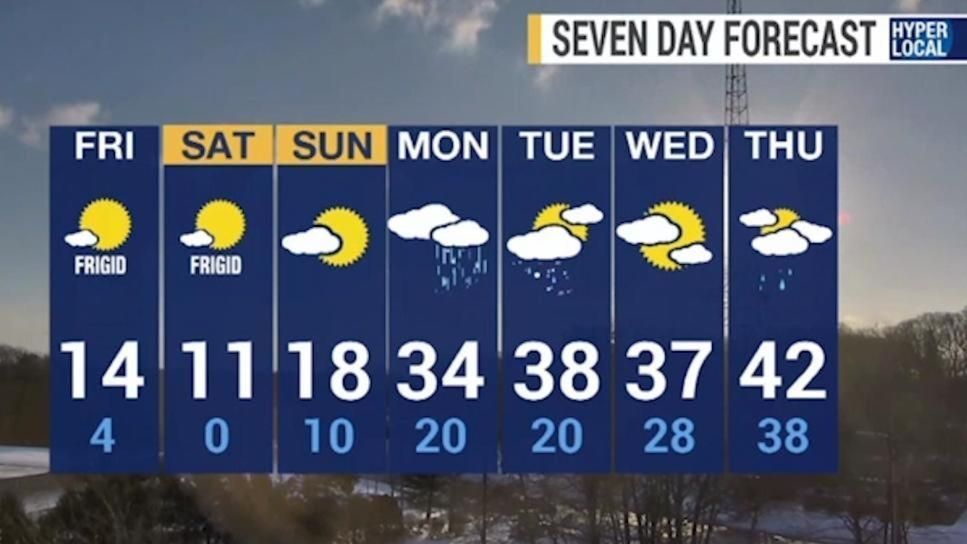 “I had no insulation under the house basically,” Bauman said. “I’m dripping every faucet. I can’t risk pipes going.”

Arline Wetterhahn has lived in her East Rockaway home for 46 years. Since lifting her house after Sandy, her pipes have frozen but not burst, thanks to some quick hair dryer use, a space heater and added insulation.

When she looked in her crawl space, she saw nothing insulating her pipes, despite the work passing inspection with the Town of Hempstead and the Governor’s Office of Storm Recovery, which oversees federal construction grants to rebuild, restore and elevate homes.

“Now you have all this cold air underneath the house, what happens now?” she said. “What I don’t understand is why no one thought of this.”

The Governor’s Office of Storm Recovery does not have any regulations regarding exposed pipes and leaves it up to local building codes, spokeswoman Catie Marshall said in an email.

Many municipalities rely on state code and state building code “is silent with regard to insulating water pipes from freezing temperatures,” said Mercedes Padilla, a public information officer with the New York Department of State.

Energy code, however, requires that hot water pipes be insulated to not lose heat.

Jackson, who is a contractor in the state’s construction program, said the issue came up recently with the state and was being discussed. “I hate to call it an oversight, but it’s an oversight,” he said, adding that New York could require more stringent rules.

“In other words they can say to the design professional, ‘Design this so the pipes don’t freeze,’” he said.

The City of Long Beach, a barrier island community hard hit by the storm, has issued permits for 1,034 elevated homes and 245 new elevated homes.

City officials have not heard of an increase in elevated homes with frozen pipes but that could change as temperatures rise and water begins flowing again, Building Commissioner Scott Kemins said.

“We’re not seeing it as a large-scale issue,” he said.

Insulating pipes, keeping water dripping and draining outside pipes are ways to prevent pipes from freezing in all types of homes, he said.

As for Bauman, she no longer worries about flooding. Now it’s the pipes. “Ever since Sandy I don’t have that peace that I had,” Bauman said.

Emily C. Dooley has worked at Newsday since 2010 and covers the environment and superstorm Sandy recovery on Long Island.

Weekend wind chills could hit 20 below on LISuffolk County Executive Steve Bellone said two men in their 50s died after suffering "cardiac injuries while performing shoveling or snow removal." A Nassau police spokesman said there were no-storm related deaths in that county. Cold-weather tips for you, your pet and homeThis story was originally published on Jan. 5, 2018. The snow may be done for ... Local forecast Storm takes out power for more than 21,000A day of unrelenting winds mixed with heavy snow left more than 21,000 customers without ...