Nassau County Executive-elect Laura Curran said Friday that she had no plans to bring back speed cameras in school zones, like those seen here in front of the Dutch Broadway School in Elmont on Aug. 31, 2014. Credit: Newsday / Audrey C. Tiernan

Five days after bringing up the possibility of Nassau’s short-lived speed cameras coming back during a meeting with Republican lawmakers, County Executive-elect Laura Curran, in an interview, essentialy said never mind.

“I have no plan to bring them back,” Curran said last Friday.

As for that discussion with Republican lawmakers last week, she said, “It was part of a wide ranging conversation with everything on the table, let’s look at everything.”

The discussion came as the state control board overseeing Nassau finances was threatening to do the job of Nassau’s elected officials by cutting the county’s 2018 budget. 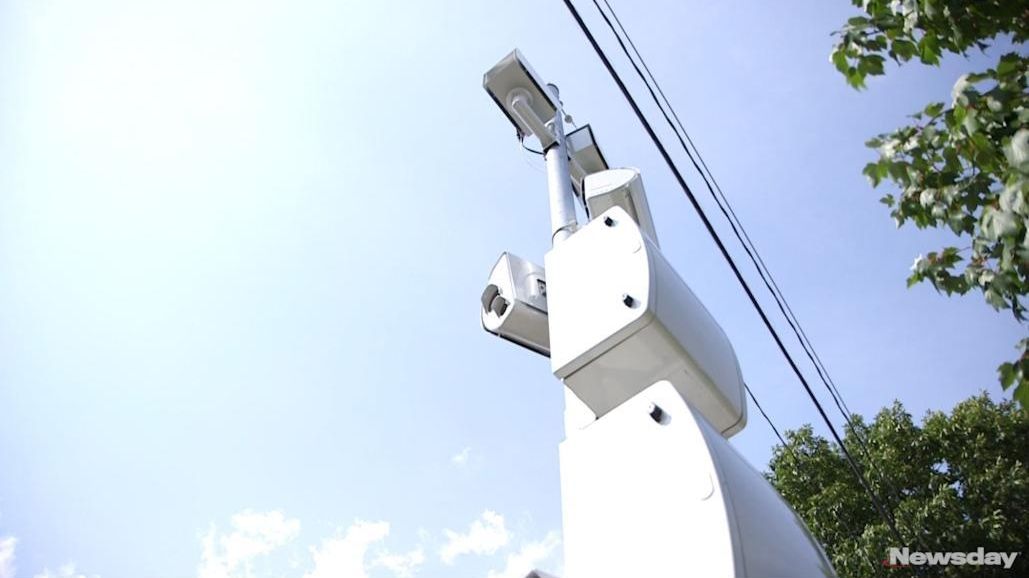 On Friday, the Nassau Interim Finance Authority followed through with its threat by, for the first time in the agency’s history, directing County Executive Edward Mangano to cut almost $18 million in spending by county departments.

NIFA gave Mangano, who did not seek re-election as he fights corruption-related charges, until Tuesday to get the job done.

In 2014, Nassau’s newly installed speed camera program quickly proved itself as a revenue-producing leviathan. The cameras, which were placed near schools, generated more than 400,000 tickets — and $24 million in new revenue for the fiscally ailing county — from September to November.

But there were plentiful problems.

For one, the cameras were put in place in July,— with no public notification.

By August, and in the midst of public outcry, Mangano had dismissed $2.4-million in tickets generated by cameras at six school locations — after cameras at five locations malfunctioned and a sixth was turned on prematurely.

During September, October and November, residents complained about tickets being generated on weekends — when school was not in session — and at locations where required signage was not in place.

In December, after almost four hours of listening to public comment, lawmakers voted unanimously to end the program.

And with that, speed camera ticket revenue stopped flowing.

NIFA’s head, Adam L. Barsky, has said that the authority would support putting a program — properly vetted, and properly rolled out — back in place. Which may be one reason that Curran, a Democrat, bought it up withRepublicans, who, until January, are her fellow lawmakers.

But Republicans immediately shot down the prospect.

On Friday, Curran said more than once that she had no plans to bring speed cameras back.

The problem for Curran, however, is that the meeting last week in which she initially floated the idea was about fixing Nassau’s budget — not about safety.

Which — both politically and practically — would render attempts to resurrect the program almost impossible.