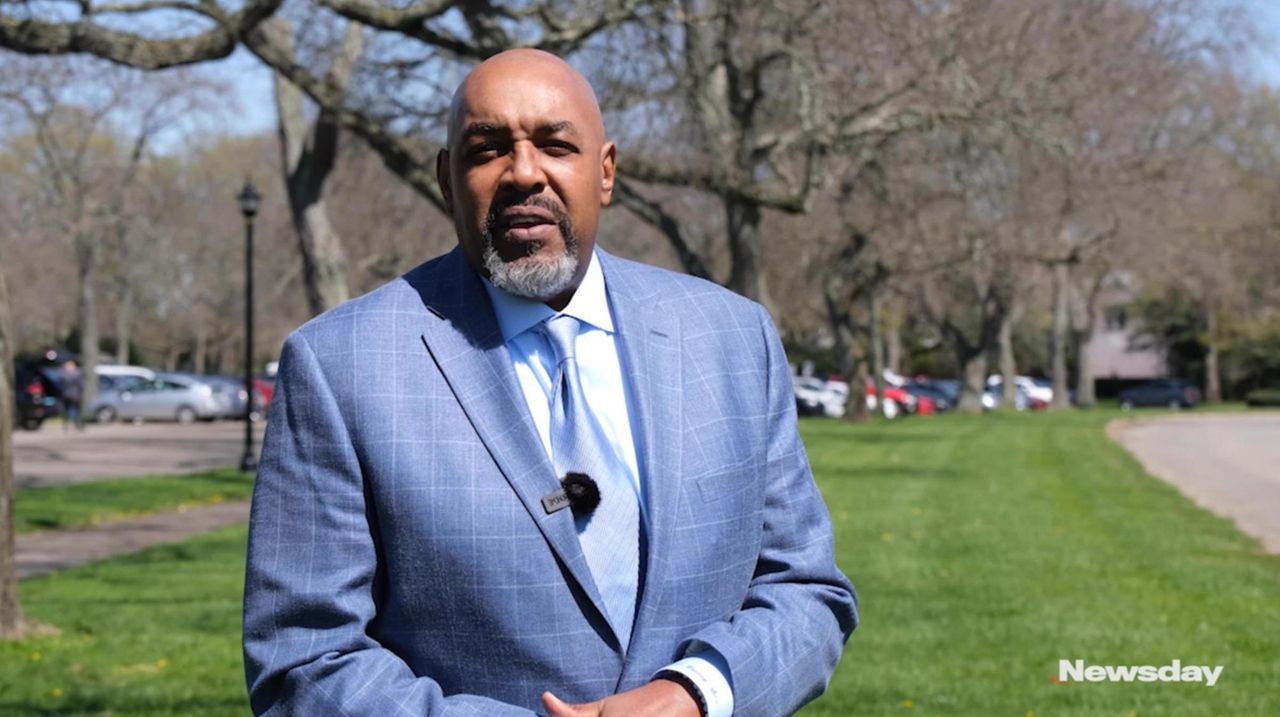 Bishop Lionel Harvey of First Baptist Cathedral of Westbury says George Floyd's death "was a wake-up call for everybody. And I think with a wake-up call, it is incumbent upon all of us to identify what the problems are, to try to correct those problems collaboratively, and to come together as a community to make sure that we have a better understanding of one another." Credit: Craig Ruttle

Long Island community leaders are hopeful that the murder conviction Tuesday of a former Minneapolis police officer in the death of George Floyd will set the tone for police accountability.

Others, who cited continued police shootings of Blacks throughout the course of Derek Chauvin's three-week trial, said meaningful change feels elusive despite the passage of police reform plans for Nassau and Suffolk counties.

"On the surface, yes, you want to think about police reform. Clearly that’s a change," said Martine Mac Donald, a Huntington social worker. "But the infrastructure and culture of policing hasn’t changed. There are still people nationally being shot."

Christopher Verga, a local historian who wrote "Civil Rights on Long Island," drew a parallel between the Floyd killing with the 1946 shooting deaths of Charles Ferguson, a Black soldier, and his brother, Alfonso, by a patrolman in Freeport. The police officer was exonerated by a grand jury.

"It sparked a lot of protests," said Verga, 39, of Bay Shore. "You had two groups coming out. You had the ones that supported the police and the ones that wanted police reform. It had the same echo of what’s going on now with the emotions everyone has."

The Chauvin verdict, he said, may be a foundation for conversations and reform.

"It’s too soon to tell what the long-term effect would be," Verga said.

Some see a tidal change

Bishop Lionel Harvey of First Baptist Cathedral of Westbury was glued to his seat when he sat down in his Mineola office to watch the judge in the Chauvin case read the verdict.

When he heard Chauvin was convicted of two counts of murder and one count of manslaughter, he felt mixed emotions in quick succession.

"You rejoice in the fact that they got it right," said Harvey, 61. "Then you sober up and you begin to think about the whole length and breadth of everything that took place. You begin to realize that it was just a travesty and it makes you sad."

In the 11 months since Floyd was killed, he saw the ensuing summer protests and sensed change.

"When I watched people coming together and advocating for justice, I think it is a shift that is taking place," Harvey said. "I think people are becoming more aware of the atrocities that have been done on Black men. … I think people are starting to become more sensitive to it and not as dismissive."

Lucas Sanchez, the Long Island director for New York Communities for Change, said the verdict came after years of protests that began in 2013 after the shooting death of Trayvon Martin and peaked following Floyd’s death last year.

By some estimates, the Black Lives Matter demonstrations last summer were the largest mass movement in U.S. history.

"I think it potentially marks a before and after in this country in terms of police accountability," said Sanchez, 40, of Mineola.

Harvey and others pointed to police reform plans Nassau and Suffolk counties passed last month to expand use of body cameras as visible indicators of change.

"I think we made great strides," said Harvey, who is also deputy director of Nassau County’s Office of Minority Affairs. "Did we get everything done? No. But I think we are moving in the right direction."

When Mac Donald saw the verdict, he was relieved but quickly overcome by sadness.

"It’s a lose-lose for everybody. When this incident occurred, you already lost," said Mac Donald, 42, of Huntington. "Someone may look at it like we are making gains. But just because you get one guilty verdict out of thousands and thousands of injustices doesn’t make it a change."

Mac Donald, who works with youth and families at Huntington’s Tri Community and Youth Agency, acknowledged awareness of racial injustice has grown since last May when Floyd was killed. But he hesitates to predict what it means.

"This has been occurring since slave patrol days, segregation, Jim Crow and Rodney King. Those issues haven’t changed. People are starting to see it and maybe even believe it because it was done publicly and recorded on video," Mac Donald said. "But how much of the actual policing has changed? I guess time will tell."

To Jackie Burbridge, co-founder of Long Island Black Alliance and a convener of LI United to Transform Policing and Community Safety, the verdict alone doesn’t change anything.

"It’s a good day for George Floyd’s family but still a reminder for the rest of us that there’s much work to be done," she said.

Crystal Fleming, a Stony Brook University professor and author of "How to Be Less Stupid About Race," noted that one verdict doesn’t address the root of a systemic problem.

"Regardless of this particular verdict, the fact remains that because we are dealing with a structural problem of policing and anti-Blackness and white supremacy, we are going to continue unfortunately to see Black and brown people disproportionately targeted by the violence of policing," she said.

"There are others who may feel like: ‘OK, there’s a guilty verdict and that means we don’t have to protest anymore,’ " she said. "That would be a grave mistake."

Police say they are committed

"Whatever people think out there, I think the cops are all disgusted by this whole thing and about what Derek Chauvin has done to the profession," he said.

Nassau County Police Commissioner Patrick Ryder said officers in his department will "continue to serve our residents with fairness and equality."

"The people have spoken and the outcome is exactly what we all thought would be," Ryder said in a statement in response to the verdict. "Hopefully we can start the healing process and begin to collectively move forward."

Suffolk County Police Commissioner Geraldine Hart said the verdict holds Chauvin "accountable for the murder of George Floyd" and that her officers are committed to treating people "fairly and equitably."

"While we hope the verdicts bring some peace to the Floyd family, we know there remains much work to be done," she said in a statement.