This is a device made by Interceptor Ignition Interlocks of Shirley, which is the subject of a legal dispute. Credit: Newsday / J. Conrad Williams Jr.

Interceptor Ignition Interlock, a company in which Melius was an early investor, battled with the state over compliance issues for about a year before it was suspended in May 2013, according to correspondence obtained by Newsday through a Freedom of Information Act request.

Ultimately, the state Department of Criminal Justice Services terminated Interceptor's certification to supply interlocks for convicted DWI offenders because of its failure to correct ongoing problems, its lingering $600,000 debt to AT&T and its practice of washing and reusing mouthpieces, correspondence shows.

The fate of Interceptor became an issue recently in a lawsuit in which Melius, owner of Oheka Castle in Huntington, won control of the company from Ruocco. Disclosure of the lawsuit came after Melius was shot in February at Oheka -- an attack police have yet to solve.

Ignition interlocks, which test a driver's blood-alcohol content before allowing a vehicle to start, became required in 2010 by New York's Leandra's Law in vehicles of DWI offenders placed on probation. Interceptor, based in Shirley, was one of seven companies in 2010 that gained state certification to supply interlocks. Certification was worth an estimated $3.7 million to Interceptor, according to state contract records.

Interceptor's local market share rose in 2011 -- from 7 percent to 54 percent in Nassau County, and from 13 percent to 22 percent in Suffolk -- while other companies' shares remained flat or declined.

But by 2012, Interceptor ran into regulatory troubles. 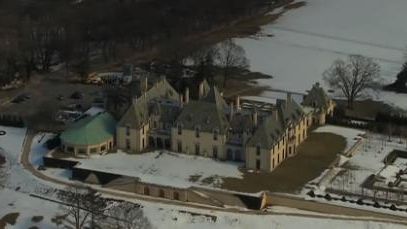 These included problems with AT&T modems that were no longer providing "real-time reporting" data. The company had promised to switch to Verizon Wireless modems by April of that year, but failed to follow through, DCJS Deputy Commissioner Robert M. Maccarone said in a letter to Ruocco.

Hygiene was cited too.

"At that meeting, you were advised of Interceptor's unacceptable practice of washing and re-using (interlock) mouthpieces and our health concerns with this practice," Maccarone wrote.

The state met with Ruocco again on June 26, 2012, but he couldn't provide documentation to show that issues with Verizon had been solved, so Interceptor agreed to immediately suspend sales of its ignition interlocks.

DCJS said it gave Interceptor until March 11, 2013, to submit proposals to address the problems, but the company failed to "even provide a plan."

The agency terminated Interceptor's certification and ordered it to begin steps to return the devices to the state.

Oheka Castle shooting: Complete coverage Melius a veteran in politics, developmentGary Melius is a longtime player in the Long Island development and political worlds who ... Behind the luxe, Oheka Castle has money troublesOheka Castle, the wedding palace owned by Long Island power broker Gary Melius, has faced ... Melius 'cannot excuse' criticism by top DemGary Melius said in his first interview since being shot outside Oheka Castle recently that ...

After vandalism, cleaned Floyd statue will move to Manhattan
School administrator criticized for equity efforts steps down
Cuomo team assails investigators as probe hits pivot point
1:52
Going to the chapel, but first a detour to LI for that marriage license
Search enters fifth day for escaped bull
Police name boy, 9, killed in head-on crash
Didn’t find what you were looking for?