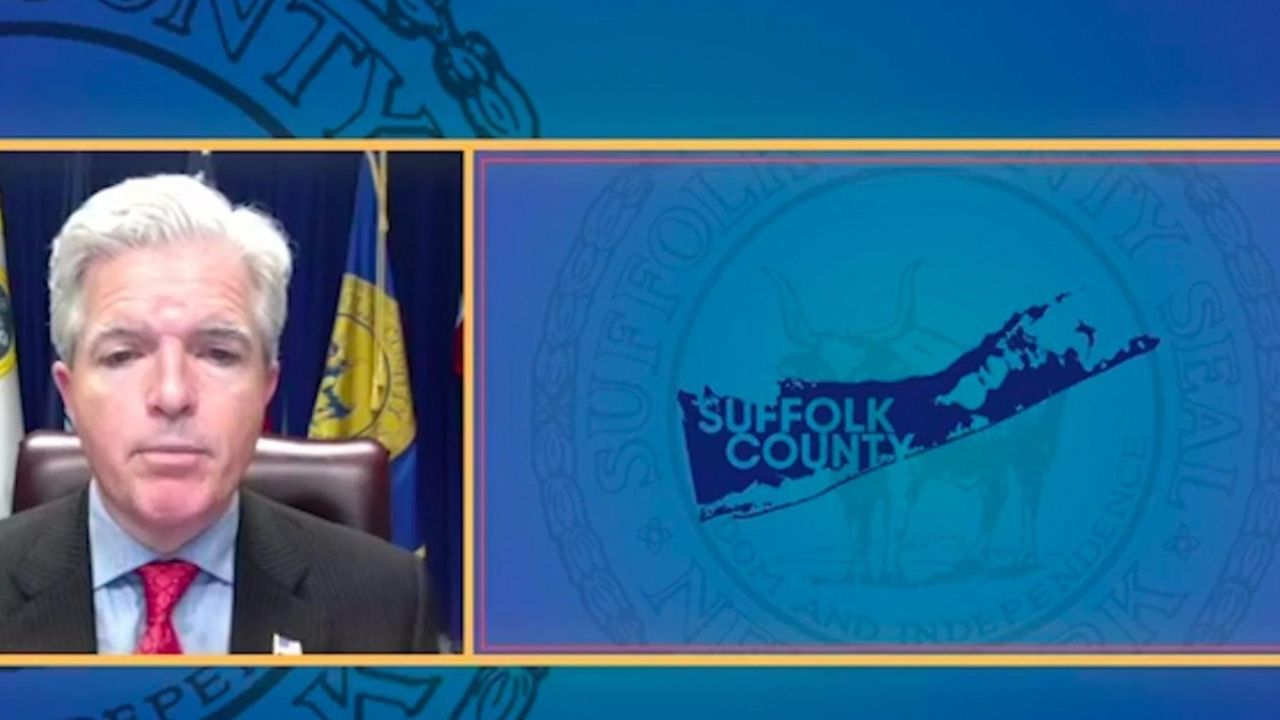 Suffolk County has not reported community level data on new coronavirus cases since May 25. Newsday asked how the county can say it will make decisions based on data, but not provide it to the public. Credit: Suffolk County Executive Steve Bellone Facebook Page

Nassau County residents can track trends in COVID-19 infections in their communities using newly detailed data presented in print and online by Newsday starting Wednesday. Similar trends in Suffolk communities were unavailable because the county stopped publishing infection statistics on May 25.

After more than a week’s delay, Suffolk officials said Tuesday that they would resume releasing infection statistics for communities no later than Wednesday morning.

As in Nassau, Suffolk officials had posted daily updates on the number of coronavirus infections identified in each county village and hamlet or other unincorporated community. They shut the county’s coronavirus community mapping website — and the stream of data presented by Newsday — in an attempt to switch to a new state system that is also used for contact tracing.

At the time, County Executive Steve Bellone said the county would complete the change in a couple of days.

"It's a brand-new system. We have been working with the state on working out the kinks, the idiosyncrasies," Bellone said Tuesday. "Obviously I would love to say we could have gotten this up earlier, but this is the time it has taken. We've been focused on this."

Newsday’s data analysis has so far enabled residents of both counties to learn the cumulative number of coronavirus cases in their communities, along with a per capita rate of infections that permitted comparisons between communities of varying sizes.

Questioned at the county executive’s daily news conference on Tuesday, neither Bellone nor Health Commissioner Dr. Gregson Pigott explained what new data, if any, would become available when the county launches its new system.

"We all want this up and running. We understand your frustration. We are equally frustrated," Bellone spokesman Derek Poppe said. "I have my IT guys working around the clock on it, but they are also working on 9,000 employees working remotely, which is not an easy task as you can imagine."

Poppe said it was not possible for Suffolk to keep data supplied by the older state system online while integrating the new state system. County officials cannot log in to both state systems at the same time, he said, making it impossible to move to the new data while still sharing data from the old system.

St. James resident Scott Flugman looks forward to the data returning as soon as possible. Flugman said he uses the data to makes decisions on whether to let his teenage children out of the house or whether it is OK for his 77-year-old mother to leave her home in Smithtown.

"She's going crazy," Flugman said of his mother. "You try to do the right thing, but you don't have the information to know if you are doing the right thing."

Matt Clark is an investigative reporter, data analyst and computer programmer who has been a member of Newsday's investigative team since 2013. He worked on the 2013 police misconduct series that was a Pulitzer Prize finalist for Public Service.