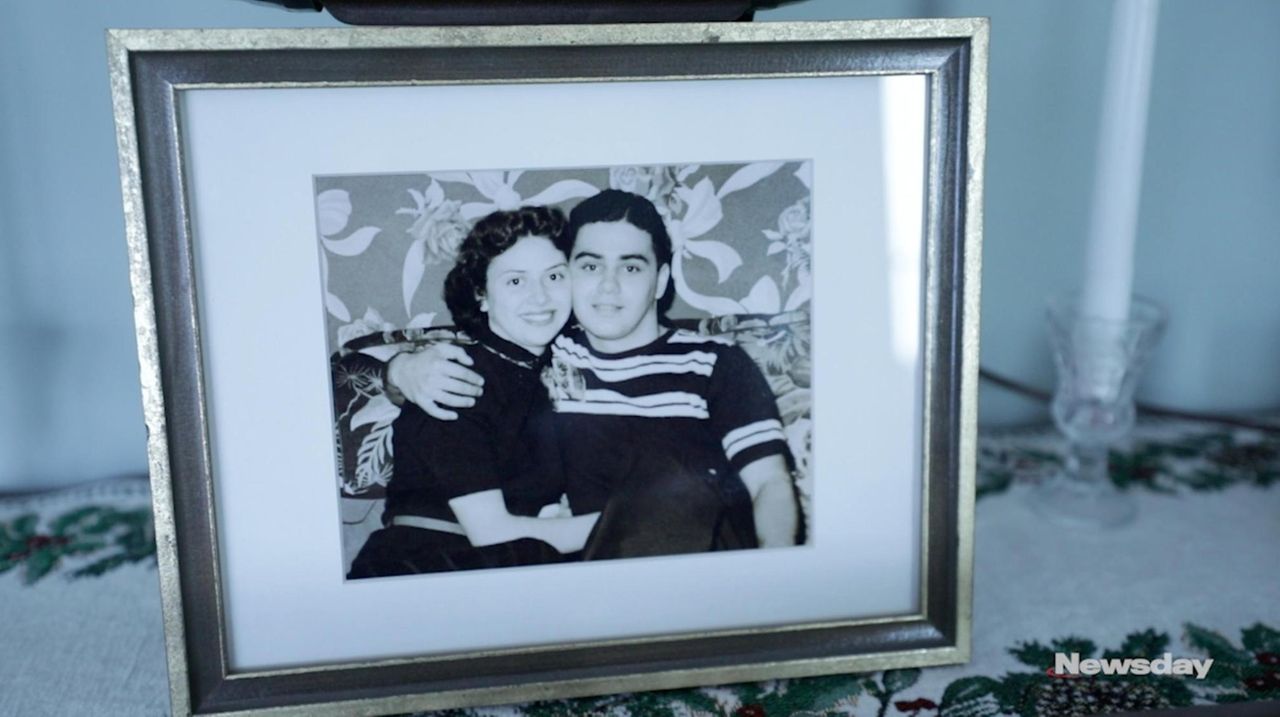 Three couples on Long island who have been married for over five decades offer some of their tips to how to make a marriage last.  Credit: Newsday / Yeong-Ung Yang

When you’ve celebrated 50 years together as a married couple, you learn a few things about love, arguing and happiness.

Gerald and Amelia Mullen of Roosevelt have been married for 50 years. So have Jim and Dianne Jackman of Manorville. Last year, Vincent and Walda Corazón of North Bellmore celebrated 65 years of marriage. The longtime lovebirds recently shared their story of courtship in Newsday's "Love Story" feature.

Here, they revealed their secrets for staying together.

First, an expert's take: Andrea Macari, a clinical psychologist, board certified in behavioral and cognitive psychology and who specializes in marriage counseling, says that at her Manhasset practice, she tells couples that the key to a happy marriage is to stay connected.

“There is no ‘one size fits all’ answer to how a couple stays connected,” Macari says. “But the presence of a connection is the crucial element to marriage satisfaction.”

Macari says that couples can achieve a connection in ways like maintaining an active lifestyle together, providing emotional support through conversation, or sharing intimate moments.

She adds that there are four main characteristics an ideal partner should bring: integrity, attractiveness (meaning they are "kissable or at least huggable" to you), the ability to have fun together and, if you want children, excellent caregiving skills.

“If your partner has these four qualities, you can’t go too wrong,” Macari says.

Vincent and Walda Corazón met at a party in the Bronx when he was 16 and she was 14. During their courtship, they took turns: She approached him. He led on the dance floor. She kissed him first. Eventually, he proposed.

Walda said she and Vincent were told they were “too young to know what love is,” and that they wouldn’t last. In fact, they consider "Too Young" by Nat King Cole to be their song.

“We had the last laugh,” Walda said.

The Corazóns have been married for 65 years.

July 5, 1953, was the start of Vincent and Walda’s first adventure: their wedding. They would go on to take many more as they traveled the world together — but only after establishing the foundation that led to over six decades of marriage.

“I think that your husband or your wife should be your best friend,” said Walda, 85. “You should look at each other in that way.”

Walda smiled. “You should have a sense of humor when you need it, but most important is always respect one another,” she said. “If you lose respect for each other, it’s over I think.”

The couple say that after tying the knot and moving to North Bellmore in 1961, they learned about marriage as they went along. For example, Vincent knows that finances can become a strain on young relationships. He worked two full-time jobs: by day, he taught high school physical education (and later science, after earning his master’s degree in biology from Columbia University in 1957).

After that, he’d head over to the Police Athletic League Recreation Center, where he assisted with after-school sports activities for children. Walda worked as a secretary in Nassau Community College’s Nursing Department.

“We didn’t go on vacations,” Vincent said. “We had to understand that it was a big factor in us being able to stay together because I had to work two, three jobs during the year, and then I worked every summer when I was off. I worked at a camp during the summer. So finances were important.”

The Corazóns both retired in 1988, and have since taken many trips together. “We went on our first vacation when we had been married 25 years,” Vincent said. The couple’s adventures include scuba diving in Punta Cana, sailing from New York to Florida, and learning to ski in their 40s.

They also treasure their vacations with their children — the first one they ever took as a family was to Puerto Rico. Vincent and Walda raised two sons and a daughter together, and also have two grandchildren and two great-grandchildren.

Walda says one of the most essential pieces of advice she would give a newlywed couple is to help each other out whenever possible.

“Share the responsibilities of housekeeping and taking care of children, the whole thing,” she said. “Share it together.”

After receiving well wishes from family and friends, the couple climbed into their limousine, excited to begin their new life together. Amelia’s cousin saw the couple off, and as they were leaving he asked her, “So, where are you going to live?”

Amelia and Gerald hadn’t thought about homeownership yet. “We’re gonna get an apartment in Brooklyn,” Amelia remembers replying.

Her cousin said the couple should be saving up to buy a house, adding that they should have been asking their family to pitch in and help pay for it. The Mullens didn’t take that route.

“I tell my own children that old cliché: You have to crawl before you can walk,” said Amelia, 72. “Everything looks rosy now, but it’s the baby steps. And you can’t take your partner for granted.”

The Mullens skipped their honeymoon to get back to their jobs. After about six years living in Brooklyn, they moved to their home in Roosevelt and have been there ever since. Gerald and Amelia celebrated their 50th wedding anniversary last year.

After three decades of hard work, Gerald and Amelia retired from the Department of Sanitation and teaching, respectively. Suddenly, the couple had plenty of time to spend together. Gerald calls this period of their lives a wake-up call.

“It got good for us; we got closer,” said Gerald, 73. “You’re learning each other’s little things that you didn’t know about them before.”

For example, Amelia figured out how “orderly” her husband is. “He does the laundry and he does it more efficiently than I do, and he does it in a way that it’s like you’re sending your clothes out to the cleaners,” she said with a grin.

Gerald says it’s important for couples to “sit and talk a lot” and learn to understand each other, just like he and Amelia do. Patience is key, the couple agree.

“Don’t give up with the first argument,” he said. “If you don’t have something to argue about, you’re never going to understand each other.”

“It’s also about a support system,” Amelia added. “I think you have to endure things between you. A lot of times you want to be open with someone, but you have to find someone that you trust when you talk about the concerns of your marriage.”

Nowadays, the Mullens take vacations whenever they can. Some of their favorite destinations are Paris, Madrid and Aruba.

“It’s like our honeymoon,” Gerald said with a laugh.

Jim and Dianne Jackman met when they were in eighth grade, going to school in Howard Beach, Queens. They were the best of friends, and for a while, that was all they were. Over the years, Dianne would confide in Jim about her boyfriends.

In 1967, Jim joined the National Guard and was stationed in Fort Dix — not too far from Dianne’s steady boyfriend at the time. It was around this time that Jim started to feel differently about his pal Dianne.

“I started to realize that I didn’t like the idea of her dating somebody else,” said Jim, now 75.

When he got back to Howard Beach, he and Dianne started spending more time together. Their romance was a whirlwind, since they had already known each other for so many years.

“It was always very organized,” Jim said. “We sort of just blended together, like it was always supposed to be.”

Dianne, now 73, said she was surprised by his proposal.

“It wasn’t the way people get engaged now with the big fanfare,” she said. “We were at my kitchen table and he handed me the ring.”

Why was she so surprised? It was Feb. 9 — she had expected the ring on Valentine’s Day.

“I did it on the ninth just to throw her off a little bit!” said Jim.

Before retiring, Jim served as an NYPD officer for 16 years. Dianne worked as a certified teaching assistant with the Valley Stream Central High School district for 19 years. Along the way, they raised two sons and now have six grandchildren. They reside in Manorville, often taking walks together along the pond by their home.

Looking back on 50 years together, the Jackmans say that a happy marriage is built on patience, realistic expectations and transparency.

“I don’t think there’s really a secret,” Dianne said. “I think it’s work, understanding, putting yourself in the other person’s position. Jim loves sports. I would get up at a football game at the wrong time and root for the wrong team, I did do that. But I know it means a lot to him.”

So Dianne planned a special trip for Jim, a baseball fanatic — this summer, they will tour five ballparks all over the country, including Wrigley Field, one of his favorites.

Dianne added that she’s learned a lot about marriage from her parents, Edna and Walter Steiger. They were married for 78 years before Walter passed away at 97. Edna will turn 101 in March.

“I thought it was normal, until maybe recently, to have parents just doing everything,” she said. “They did their gardening and my father drove until the day he died, did all the grocery shopping and the cooking, and it was just normal for me.”

Jim echoed that sentiment, adding his advice for newlywed couples: “Always remember that your family is your life, and you build around your life.”

This year for Valentine’s Day, the Jackmans will be baby-sitting their grandchildren. But they don’t mind. Said Dianne, “We celebrate every day, really.”