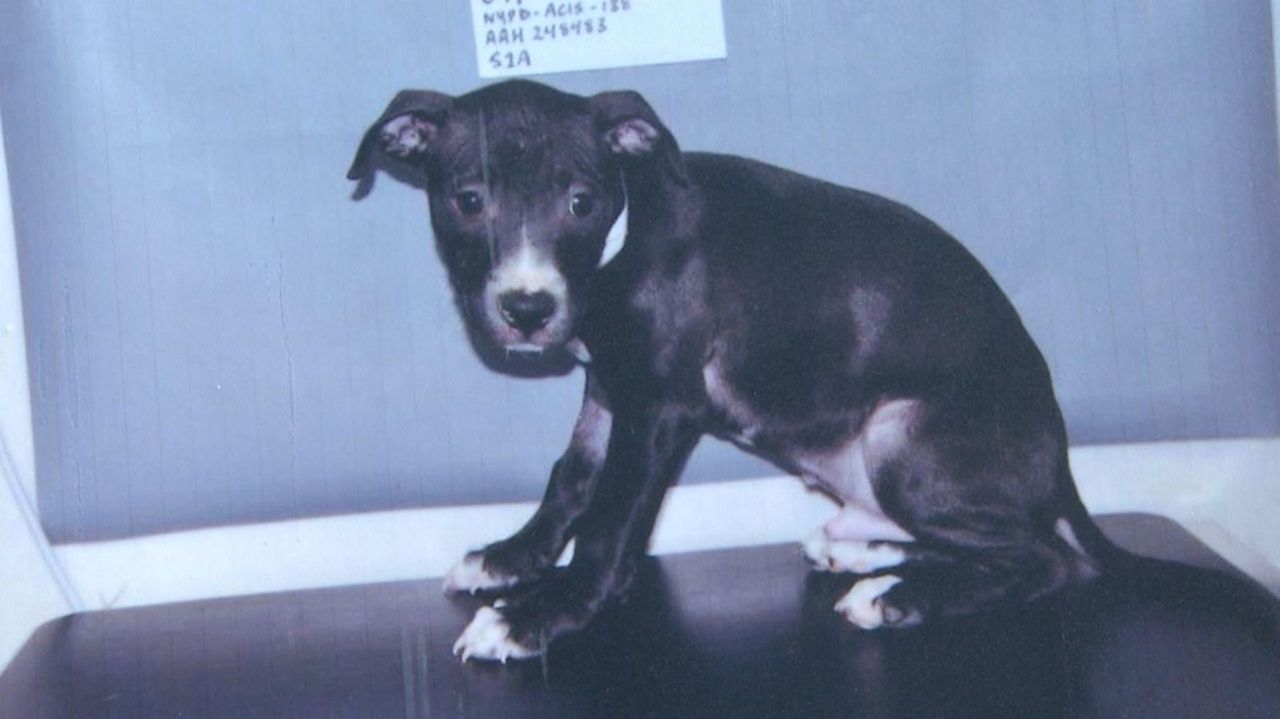 Three Wyandanch men have been arrested and charged with running illegal dog breeding and training facilities. The facilities, run under the guise of being dog kennels, were actually part of a sophisticated dogfighting network, state Attorney General Eric T. Schneiderman said at a news conference outside the Babylon Town animal shelter in West Babylon on Thursday, Oct. 19, 2017.  Credit: News 12

Three Wyandanch men have been arrested and charged for allegedly abusing dogs in “prisons of torture” before selling them off for dogfights around the region, authorities said Thursday.

The facilities, run under the guise of being dog kennels, were actually an interconnected part of a sophisticated network that supplied a “significant number of dogs to dogfighting in this whole region,” state Attorney General Eric T. Schneiderman said Thursday at a news conference in West Babylon.

The probe led to the execution of search warrants at two Wyandanch facilities: the Roll Right Kennel at Davis’ home on Birch Street, and the Rise ‘n’ Shine Kennel at Newkirk’s home on Irving Avenue. Wheeler is alleged to have run a third kennel, Across the Line Kennel, at his North 26th Street home.

Wheeler has an unrelated pending misdemeanor charge of torturing and injuring animals from last year. His attorney, Robert Macedonio of Central Islip, said Wheeler denies all the recent charges, and maintains his two dogs were beloved family pets. Macedonio called Wheeler’s arrest a “political stunt by the attorney general.” Attorneys for Davis and Newkirk could not be reached Thursday.

What investigators saw inside the homes, Schneiderman said, was a “truly gruesome discovery.” The dogs were found with scars and untreated wounds, living in filthy conditions with no food or water, and tethered by heavy chains. Some were in weighted vests, and investigators found treadmills and supplements — all used to make the dogs stronger for fighting. Also found were bloody “breaking” sticks, which Schneiderman said are used to pry open a dog’s jaws while they are biting another dog.

The investigation led to the seizure of 36 pit bull terriers, more than half of which are puppies — some only weeks old, authorities said. Three animals — two puppies that had been mauled by their mother, and Wheeler’s dog, Sophie, who was deemed too great of a threat to humans — had to be euthanized, Schneiderman said.

The dogs, called “game” dogs, come from what are considered prized bloodlines in dogfighting. Schneiderman said the men arrested allegedly boasted online about the dogs’ winning pedigrees. Such dogs sell for $1,600 and higher, and a dogfighting match could bring in $20,000 to $30,000 in bets, he said.

Schneiderman said it is believed that there are others involved in the dogfighting network and that the investigation will continue. The dogs are being cared for by the ASPCA at various locations, with the goal of eventually getting the animals adopted.