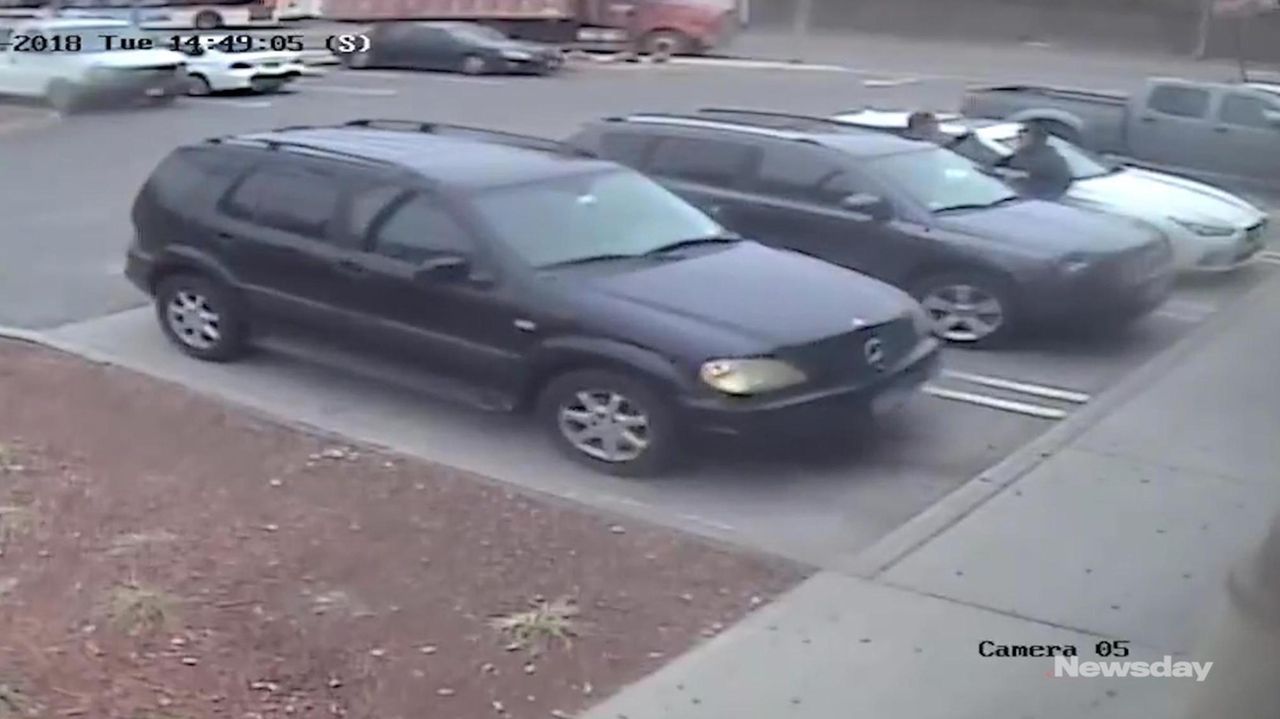 A video released by police captures a driver dragging an employee with her vehicle after she allegedly left a 7-Eleven in Hewlett without paying for products.  Credit: NCPD

Nassau police are searching for a woman who was captured on video dragging a 7-Eleven employee with her vehicle after they said she left the Hewlett store without paying for merchandise.

The March 20 incident left the employee with relatively minor bruises and lacerations after he clung to the    open driver’s side door as the car backed out of a parking space and slammed into a parked car in the lot at 1700 Broadway, police said.

The video shows the woman driving off after the collision as the employee releases the door and steps onto the pavement.

The victim was one of two people who confronted the woman after she left the store. It was unclear if the other person on the video was also employed by the store.

In addition to releasing the video, police have also issued a wanted poster. Police tweeted both.

The suspect is described as standing about 5 feet tall and weighing about 110 pounds. She was driving a dark-colored Jeep Compass, police said.

Police urge anyone with information about the incident to contact Fourth Squad detectives at 516-573-6400 or Crime Stoppers at 800-244-TIPS.