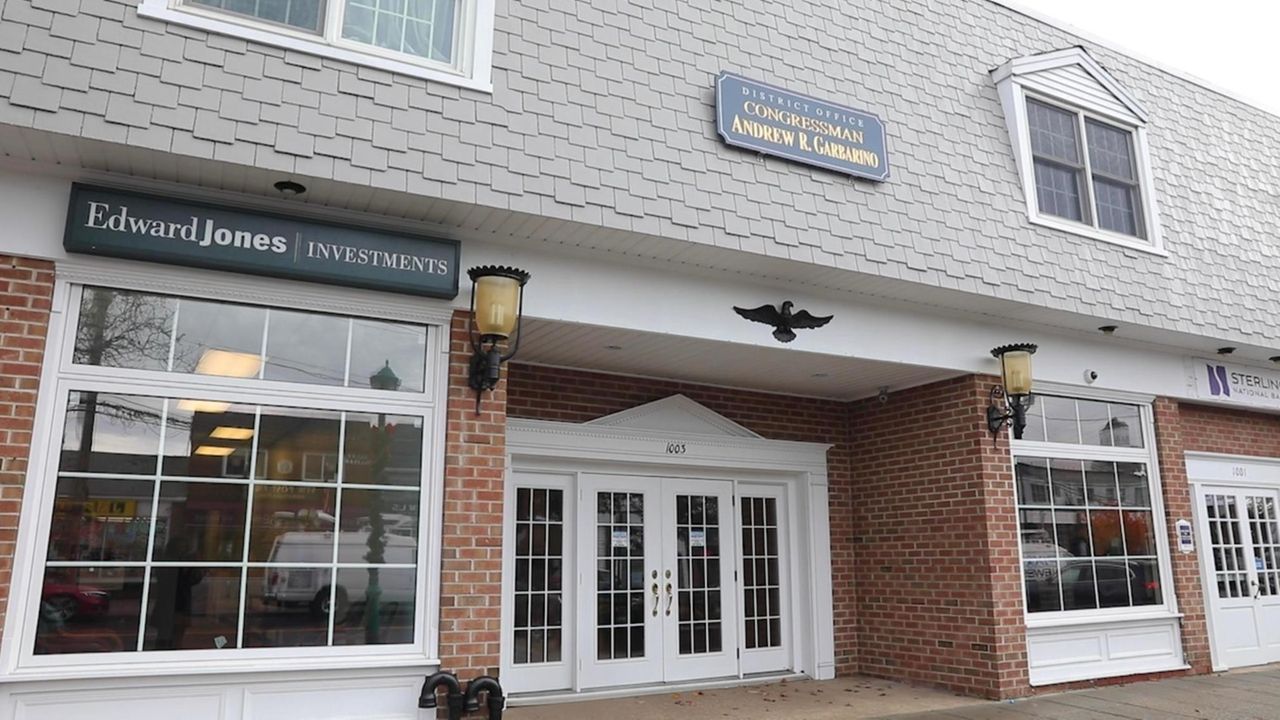 Kenneth Gasper, of Lake Ronkonkoma, was arrested after allegedly making a telephoned threat on the life of U.S. Rep. Andrew Garbarino over a recent congressional vote by the Bayport Republican. Newsday's Steve Langford reports. Credit: Newsday

Nassau Police Commissioner Patrick Ryder said Friday that patrols are being stepped up around the local office of U.S. Rep. Andrew Garbarino after a retired Long Island Rail Road worker allegedly phoned in a threat to kill the congressman because of the elected official's vote in favor of an infrastructure bill.

Defendant Kenneth Gasper, 64, of Lake Ronkonkoma, surrendered to police Wednesday evening before he pleaded not guilty to a misdemeanor aggravated harassment charge at his arraignment Thursday.

"We have zero tolerance for this type of behavior," Ryder also said at a Friday news conference, adding that police take such threats very seriously "in the world that we’re living today."

John Ray, a lawyer for Gasper, said in a statement later Friday that his client was a "grandfather with a spotless record" who hadn't threatened the congressman.

"Ken is an ordinary American who was offended when politician Garbarino became an overnight Democratic and voted, in Ken's view, to wreck our country. He conveyed his chagrin to an unseasoned telephone aide in Mr. Garbarino's office. Ken never made any threat," the Miller Place lawyer added.

A court complaint charging Gasper with the misdemeanor alleges he called Garbarino’s congressional office in Massapequa Park at about 3:30 p.m. Monday. It says he spoke to a congressional staffer and "was extremely upset over an infrastructure bill" and "unhappy" with Garbarino’s vote on it.

Gasper, whose identity police said they determined later, "continually cursed" at the staffer and called the congressman a "RINO" — or Republican In Name Only — according to police and the court filing. Gasper also allegedly told the congressman’s employee: "If I see that (expletive) in the street I’m going to kill him!"

Police said they used phone records to track down Gasper, who they said admitted he had called Garbarino’s office Monday. Gasper also allegedly told a detective "if I see him" while referring to the congressman, but then stopped speaking, according to the court complaint.

Garbarino was one of 13 House Republicans to vote Nov. 5 for the Democratic-led $1.2-trillion infrastructure package. Former President Donald Trump criticized those Republicans and Rep. Marjorie Taylor Greene (R-Ga.) called them traitors while Tweeting out their names, Newsday previously reported.

On Thursday, Nassau District Court Judge Christopher Coschignano released Gasper on his own recognizance and ordered him to get a mental health exam. The judge also signed protective orders for the congressman, and for the staffer who answered the alleged threatening call, that prohibit Gasper, a registered Republican, from contacting them.

The judge seemed to allude to current political divisions by telling Gasper he recognized his frustration. But Coschignano, a Republican, also told the defendant that while complaining is one thing, a threat on someone’s life is something different.

Ryder said Friday that police searched Gasper’s home but didn’t find any weapons and that the defendant had expressed remorse.

"He realized that he crossed that line … I think he is upset with himself that he made this kind of threat. He got caught up in the moment," the commissioner added.

Garbarino said in a statement Friday said that "there's been so much misinformation circulating and it's causing a lot of anger and confusion," but that the infrastructure bill was "about paving roads, repairing bridges, and bringing jobs to Long Island."

He added: "I’d like to thank the Nassau County Police Department as well as Capitol Police for working diligently to address this threat to me and my staff."