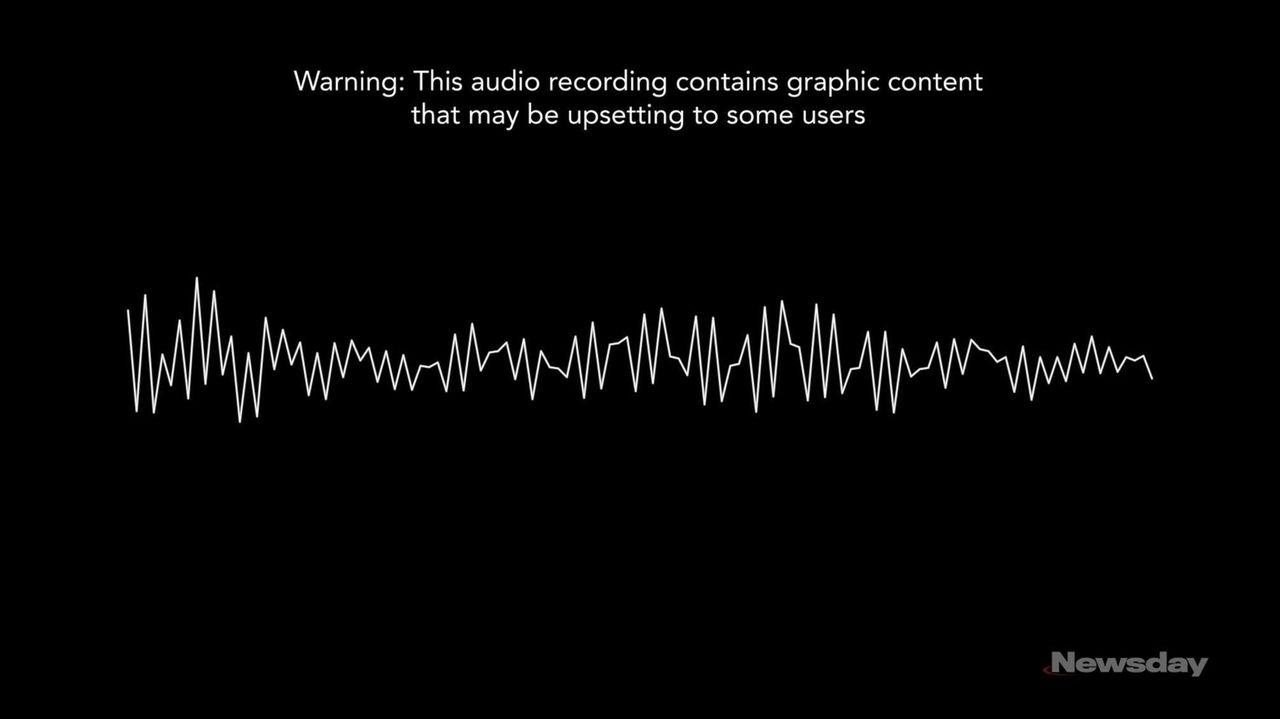 On Sept. 14, 2018, Ann Marie Drago allegedly ran over and killed anti-gang activist Evelyn Rodriguez. Here is Drago's 911 call to the police, a Newsday exclusive, which was played as evidence in court on Wednesday. Credit: State Court Evidence

The woman who found Evelyn Rodriguez’s slain 16-year-old daughter in her Brentwood yard testified Wednesday at the trial of her own daughter, now accused of killing Rodriguez on the same block exactly two years later in a confrontation sparked by a memorial for the teenager.

The testimony of defense witness Patricia Moran in the criminally negligent homicide trial of her daughter, Ann Marie Drago, 59, of Patchogue, illustrated a tragic link between the two families.

"It was chaos, madness," Moran, a 75-year-old retired nurse, said of the activity around her now-former home on Ray Court after the discovery of Rodriguez's daughter and the body of another teenager following an alleged gang attack.

Two years later, prosecutors say, Drago acted with criminal intent when she ran over Rodriguez, 50, of Brentwood, in her Nissan Rogue shortly after 4 p.m. on Sept. 14, 2018.

The Suffolk district attorney's office claims Drago “hit the gas” while Rodriguez was at the front driver's side tire of her Nissan after Rodriguez and her companion, Freddy Cuevas, ran up and demanded the return of items that Drago stole from a  memorial to their daughter Kayla Cuevas.

Drago dismantled the memorial so potential buyers of her mother’s home — due to stop by — wouldn’t be scared off, according to prosecutors.

Rodriguez had set up a portrait of Kayla, a flower wreath and other items by a fence in front of Moran’s house before a vigil planned for that evening.

Drago, however, testified before a grand jury that she didn’t see Rodriguez in front of her Nissan when she drove forward with some of those items in the vehicle. She said she feared for her life as Rodriguez and Cuevas shouted at her and threatened her that day.

Drago’s attorney, Stephen Kunken, contends Moran’s family constantly had to clean up memorial items that mourners left behind on her property for Kayla, which included not only balloons and flowers but also burning candles, pizza boxes and liquor bottles.

“It was just constant outside,” Moran testified Wednesday as Kunken questioned her in Suffolk County Court. “There was always stuff that they would leave.”

Moran also said police “told me it was my responsibility” to clean it all up.

The harrowing connection between the families of Rodriguez and Moran began after federal prosecutors say MS-13 gang members fatally beat Kayla and her friend, 15-year-old Nisa Mickens, in September 2016. Police recovered their bodies — a day apart — by different homes in a cul-de-sac on Ray Court.

Moran on Wednesday recalled Rodriguez walking onto her property the day after Moran found Kayla’s remains to see the spot where the beloved Brentwood High School student’s body had been.

The witness, who now lives in Virginia, said she told Rodriguez — who had another woman with her — that the property had become “sacred ground.” Moran said she also told the grieving mother she didn’t want to talk then but she could come back at another time.

When that knock at her door came another day, Moran said she and Rodriguez — accompanied by the same woman, who called herself a cousin — talked for 10 minutes in the foyer of her home.

“She wanted to know what her daughter looked like, what she was wearing,” the witness testified.

But Moran said that speaking as one mother to another, she held back some of what she knew.

“There was a part where I couldn’t really tell her what she looked like,” Moran said of Kayla’s appearance.

The witness said police swarmed Ray Court on Sept. 13, 2016, following the discovery that day of Nisa’s body on the corner.

It was a day later, when she stepped into her yard “to get some fresh air” that she came upon Kayla’s lifeless form. Moran said she walked over to a woodpile to pick up what she thought was a plastic bag and saw the teenager.

“The body was laying there in the fetal position,” she said, her voice faltering. “It looked like a mannequin. ... I didn't see any breathing."

Moran said police also recovered a piece of a bat that she pointed out to them in the area.

The witness said she moved off Ray Court and put her house up for sale a year after the teenagers’ slayings because she was “afraid to be there.”

Moran said she called police a few times because of crowds that would gather outside, sometimes smoking marijuana, drinking and playing loud music. She said no one ever asked her permission to leave items by her home.

During a cross-examination, Moran told prosecutor Maggie Bopp she had talked to her daughter about the fatal encounter involving Rodriguez.

A video that News 12 Long Island recorded of the encounter shows Rodriguez shouted to Drago, “I know your mother!” before she went under the Nissan — something Drago has denied hearing.

But Moran, while appearing confused by the question, then seemed to agree that her daughter had told her that Rodriguez said she knew her mother.

In other testimony Wednesday, Suffolk’s Chief Medical Examiner Michael Caplan said Rodriguez died of a blunt impact to the back of her head that caused skull fractures and a brain injury and “the vehicle itself did not crush her.”

Jurors also heard testimony from police officials and a 911 call Drago made.

“You have to get an ambulance here,” she said from the scene on Ray Court. “…I just ran over somebody.”