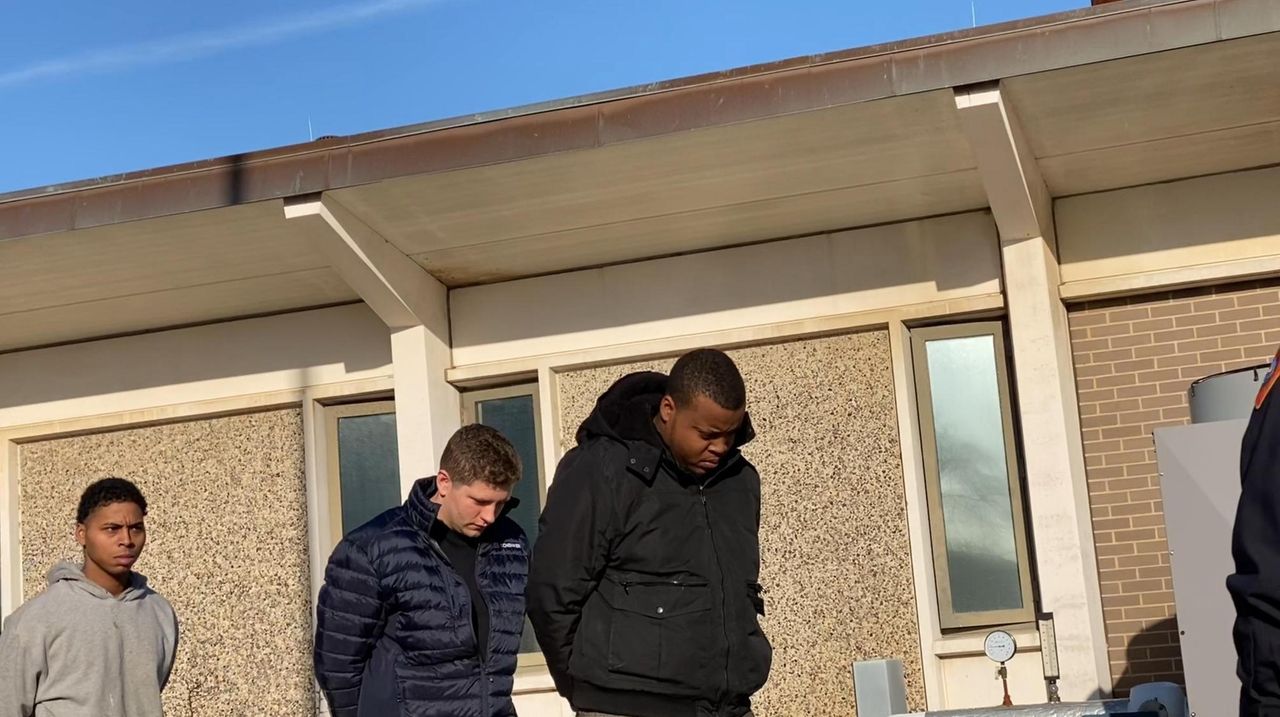 David Nolan, 22, of Rosedale, Queens, was one of two men Suffolk police arrested Friday and charged with murder for their roles in Wednesday's daylight shooting in Copiague that killed a young father from Lindenhurst. Credit: Howard Schnapp

Suffolk police arrested two men Friday and charged them with murder for their roles in Wednesday’s daylight shooting in Copiague that killed a young father from Lindenhurst.

David Nolan, 22, of Rosedale, Queens, and Christopher Mohan, 29, of West Babylon, are charged with second-degree murder in the slaying of Jewuel Hanson, 25, whose body was found with multiple gunshot wounds Wednesday afternoon at 70 Court St. in an industrial section of the hamlet.

Nolan and Mohan were held overnight in the First Precinct while awaiting arraignment Saturday in First District Court in Central Islip, police said. At arraignment, Mohan was held without bail on a second-degree murder charge and was ordered to return to court Feb. 27.

Hanson’s parents said this week their son was engaged to be married and a doting father to his 4-year-old daughter.

His mother, Lichele Hanson, 45, of West Babylon, said Friday night in a text: “I’m happy the Suffolk County Police Department acted quickly to get these murderers off the streets. My son can now Rest in Peace.”

Beyrer said Hanson “had a connection” to the auto repair shop in front of where he was killed.

Police did not release a motive in the slaying late Friday night.

Lichele Hanson had said earlier in the week her late son was beloved by his family for his dedication to them. The body shop owner had overcome a difficult past that included involvement in “street life” that somehow, she believed, may have been linked to his homicide, she said.

About 30 people, some of whom identified themselves as Jewuel Hanson’s relatives or loved ones, gathered behind crime tape about a block away from his body while detectives combed the area for clues Wednesday night.

Hanson’s father, Ricardo Hanson, 49, said learning about his child’s death marked the “worst day” of his life. But at the crime scene, the elder Hanson pointed to all the people who showed up there as an indication his son “was a good kid” who was “loved by many.”

Man found fatally shot in Copiague, Suffolk police sayPolice said the victim was targeted for attack and "had a connection" to the auto repair shop in front of where he was killed.