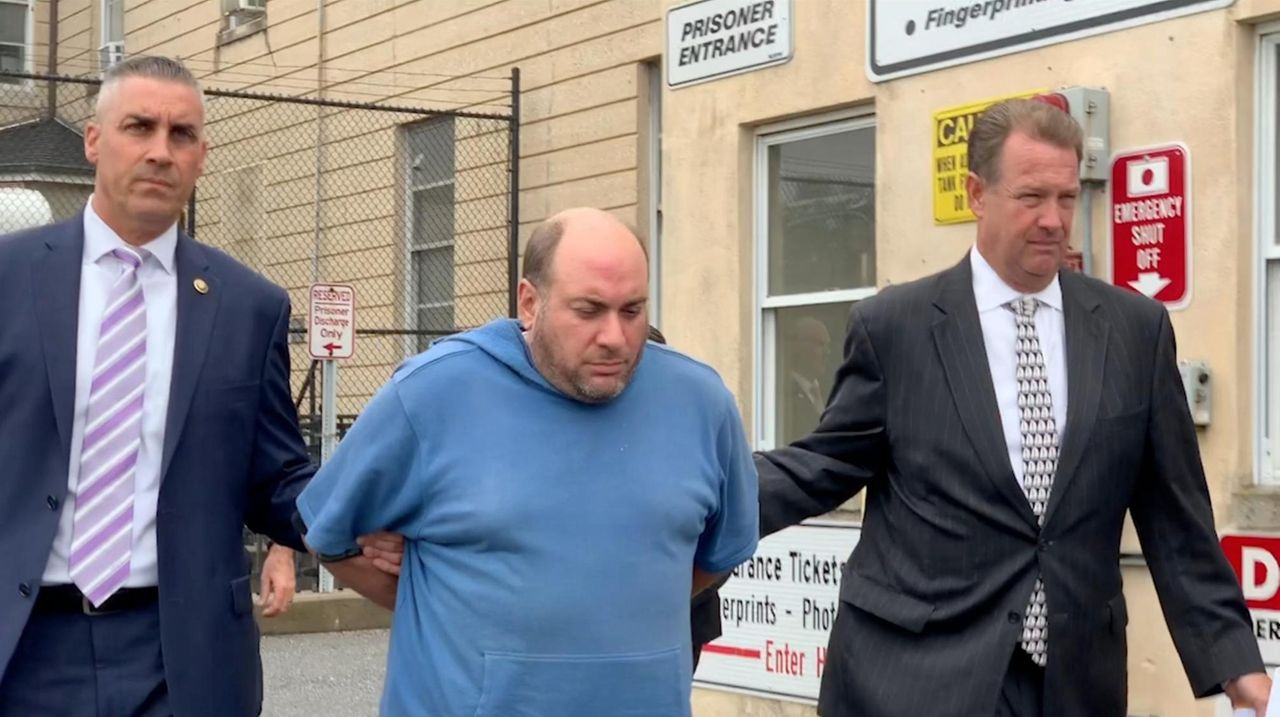 A Dix Hills man was arrested Wednesday in the fatal stabbing of his 70-year-old uncle, whose body was found at his Levittown home by officers during a wellness check in January, Nassau County police said. Credit: Howard Schnapp; NCPD

A Dix Hills man was charged with second-degree murder Thursday in the death of his 70-year-old uncle, whose body was found by Nassau police in his Levittown home during a January wellness check.

Nassau police said Cahoon stabbed his uncle, William Cahoon, more than 10 times. The nephew was angry because the older man had refused a request for money.

David Cahoon’s attorney, Michael Soshnick, said his client did not kill his uncle and that police were using him as “a convenient patsy.”

William Cahoon had been dead for about a month before his body was discovered, police said.

Prosecutors said Cahoon should be held without bail because he had tried to evade police in the months since the killing. He had moved from his Huntington  apartment, abandoning his dog, and ditched his cellphone and got a burner phone — an inexpensive cellphone designed for temporary use — they said. He also used aliases when he visited his mother at her gated community.

CORRECTION: Due to incorrect information provided, a previous version of this article stated a wrong hometown for the suspect.