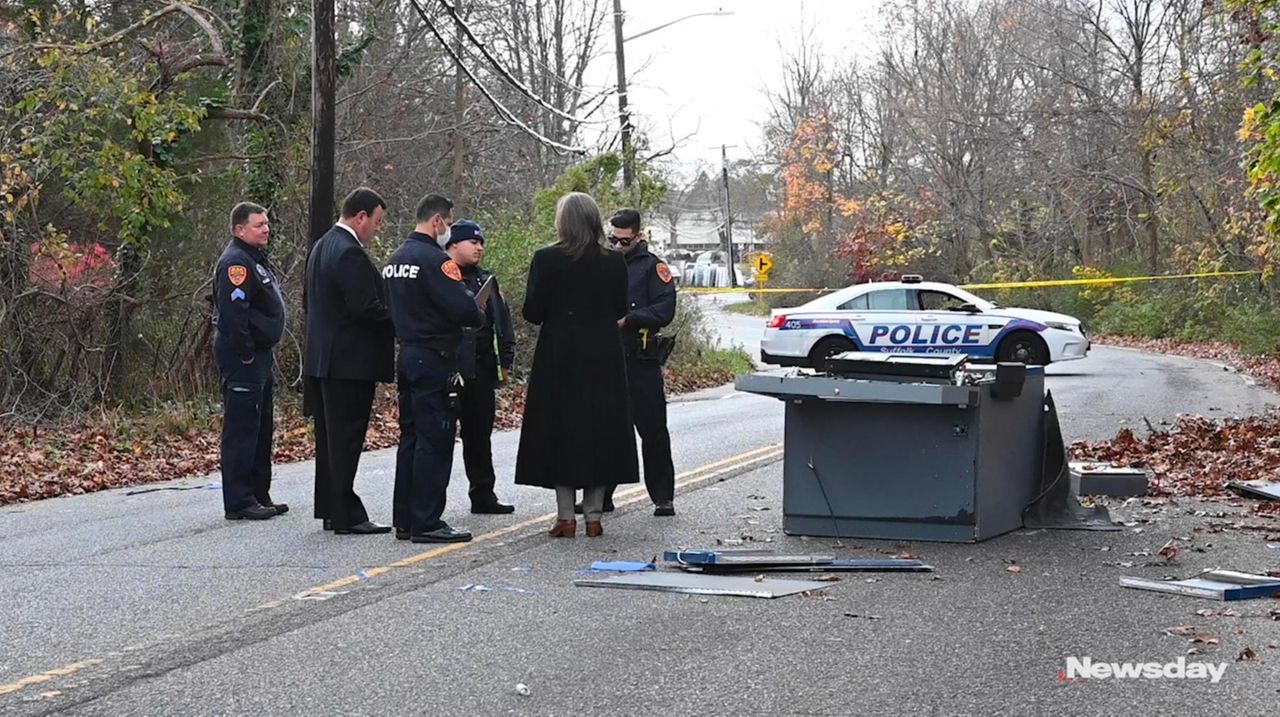 On Tuesday, Suffolk County police said they are investigating an ATM that was dragged by a vehicle with a chain and became dislodged after being stolen from outside a Capital One Bank in Ronkonkoma.    Credit: James Carbone

Police responding to a call of a "transformer" in the middle of a road in Lake Ronkonkoma early Tuesday were surprised to find an ATM — stolen from a nearby bank.

Police said the ATM was located outside the Capital One bank branch located at 131 Portion Rd. and said the thief — or thieves — dragged the machine several blocks from there using a chain attached to a vehicle before the ATM became "dislodged" and ended up abandoned in the middle of Ronkonkoma Avenue near Hillcrest Street.

The find was reported to police in a 911 call about 5:45 a.m. and Fourth Precinct officers responded, finding the ATM.

"It was an outside machine and it appears it was dragged from that location and left here at this location," Major Case Unit Det. Lt. Scott Welshimer said.

Asked if police had seen this kind of scenario before — an ATM stolen from a bank — Welshimer said: "We've had it occur around the county, but it's a little unusual."

Police have not released any information on the thieves or a vehicle that may have been involved and have not said if they believed the theft was part of a pattern.

Police are asking anyone with information regarding the incident to call Crime Stoppers at 800-220-TIPS. All calls will remain confidential.