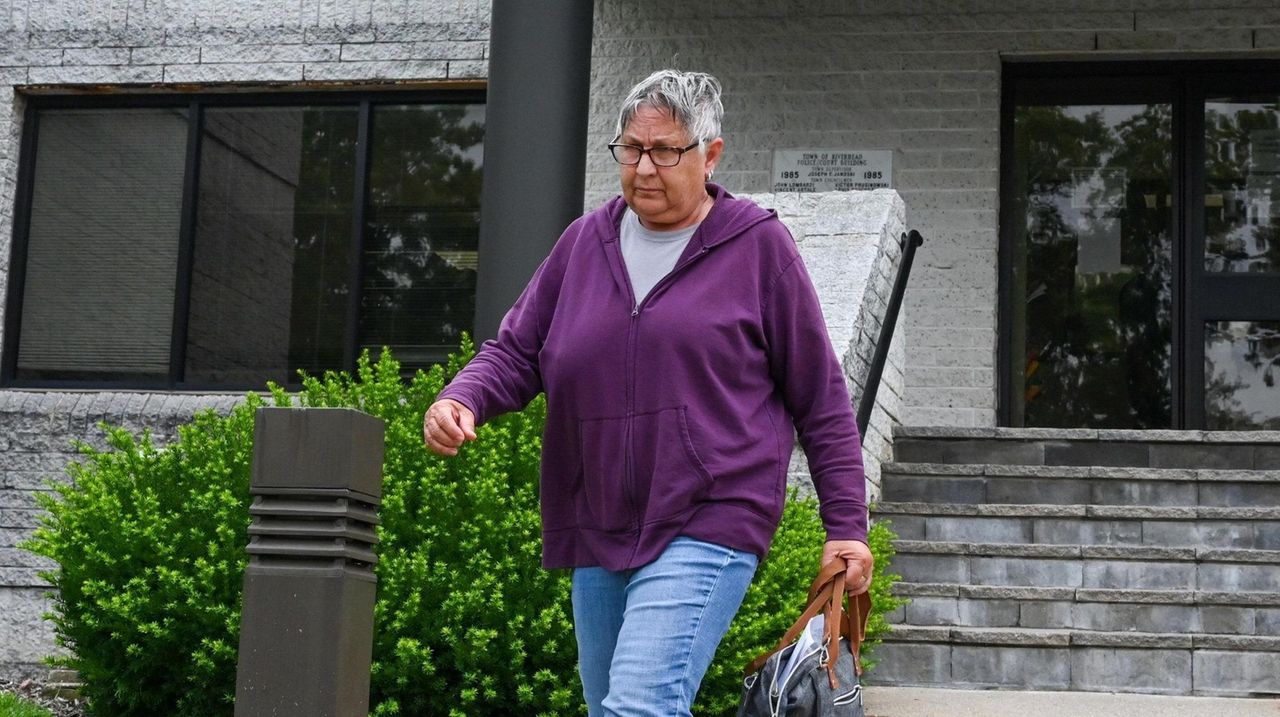 A bus driver was arrested and charged with drunken driving under Leandra's Law after police said she hit two vehicles and left the scene of both crashes while taking juvenile day campers from the Baiting Hollow Scout Camp on Tuesday afternoon in Baiting Hollow. Newsday's Cecilia Dowd reports. Credit: James Carbone, Howard Schnapp

A bus driver was arrested and charged with drunken driving after police said she hit two vehicles and left the scene of both accidents while transporting juvenile day campers.

Riverhead Town Police said Diane M. Juergens, 61, of Ridge, was arrested following a 911 call around 4:37 p.m. on Tuesday that reported Juergens was "having possible altered mental status or under the influence" while transporting campers and staff.

Police learned the bus had been involved in two separate accidents on Sound Avenue near Oak Hills, just west of the Baiting Hollow Scout Camp, while day campers and a camp counselor were aboard the bus.

Police said all campers were safely reunited with their families.

A spokesperson with First Student Inc., the company to which the bus is registered, expressed concern regarding the incident and said in an email that the company is working with authorities to help with the investigation.

"We are incredibly disappointed by our driver’s actions. Behavior such as this is unacceptable and does not align with the high standards we strive for in all we do. We have initiated the termination process."

In a statement Wednesday, the Suffolk County Council of Boy Scouts of America said: "Nothing is more important than the safety of our youth members. As part of our regular safety measures, we always have a staff member on board each bus that takes youth members to and from camp. Upon realizing that something was wrong with the bus driver, our staff member took immediate action, and we were able to safely remove all youth members from the bus before contacting authorities. There were no injuries thanks to this quick action."

She also was charged with 10 counts of endangering the welfare of a child and two counts of leaving the scene of a motor vehicle accident.

Juergens is represented by Daniel Ginty of the Legal Aid Society of Suffolk County Inc, Morrissey said. Ginty could not be immediately reached for comment.