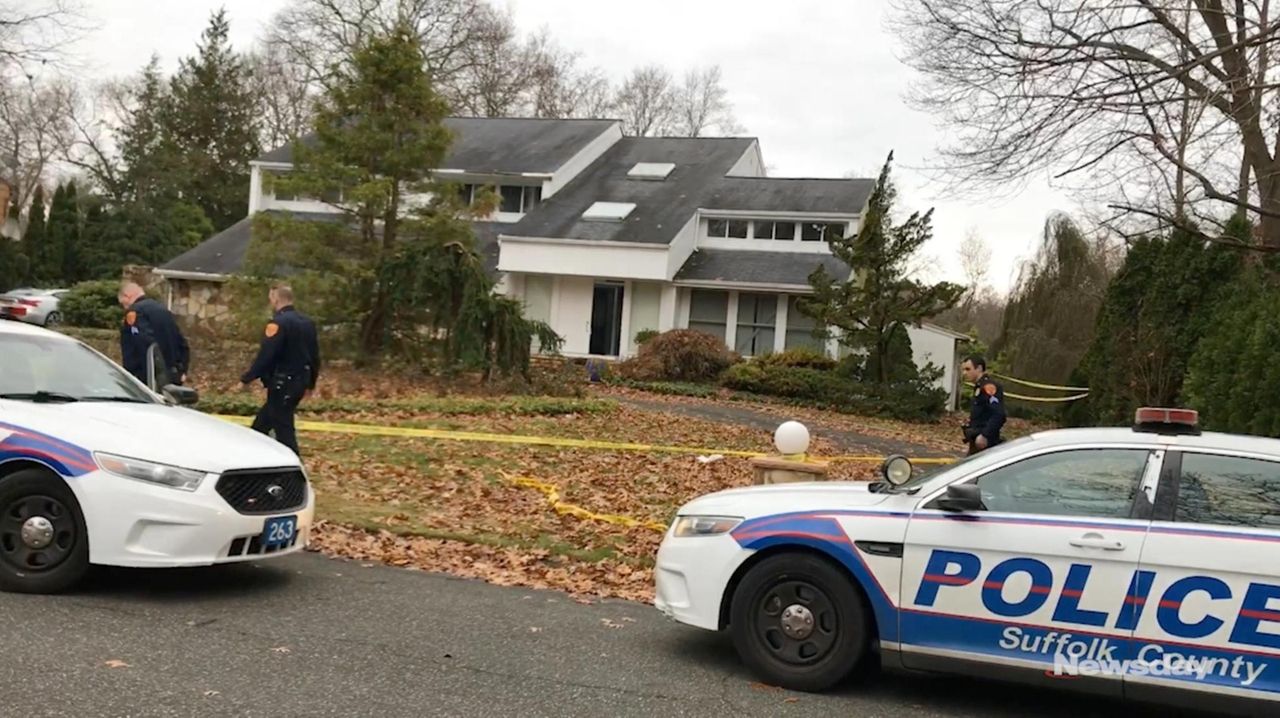 On Monday, a man stabbed his brother in the neck inside their Dix Hills home and set a fire in the basement before responding Suffolk police officers subdued him with a Taser, officials said. The stabbing victim, 32, was taken by helicopter to Stony Brook University Hospital with non life-threatening injuries. The suspect, 30, was taken to Huntington Hospital, a Suffolk police spokeswoman said. Credit: Newsday / Craig Schneider; Howard Schnapp

A Dix Hills man stabbed his brother in the neck inside their home late Monday morning and set a fire in the basement before responding Suffolk police officers subdued him with a Taser, officials said.

The stabbing victim, 32, was taken by helicopter to Stony Brook University Hospital with injuries that were not life-threatening. The suspect, 30, was transported to Huntington Hospital, a Suffolk police spokeswoman said.

The identities of the brothers were not immediately available. The spokeswoman said it was unclear whether the fire was set before or after the stabbing. After officers arrived, she said, they entered the home on Northwood Court and encountered the suspect who was then hit with the Taser.

Dix Hills Fire Department spokesman Steve Silverman said firefighters responded to the home at about 11:15 a.m. and extinguished the fire.

The brothers live with their parents in the home, police said. Their mother was transported to a hospital for treatment of a panic attack, the spokeswoman said.

Muthukrish Saba, 79, a neighbor, said the family has lived there for more than 30 years.

Saba said he's known the brothers since they were children. He described them as "nice kids" though one of the siblings seemed especially quiet and had difficulty making friends.