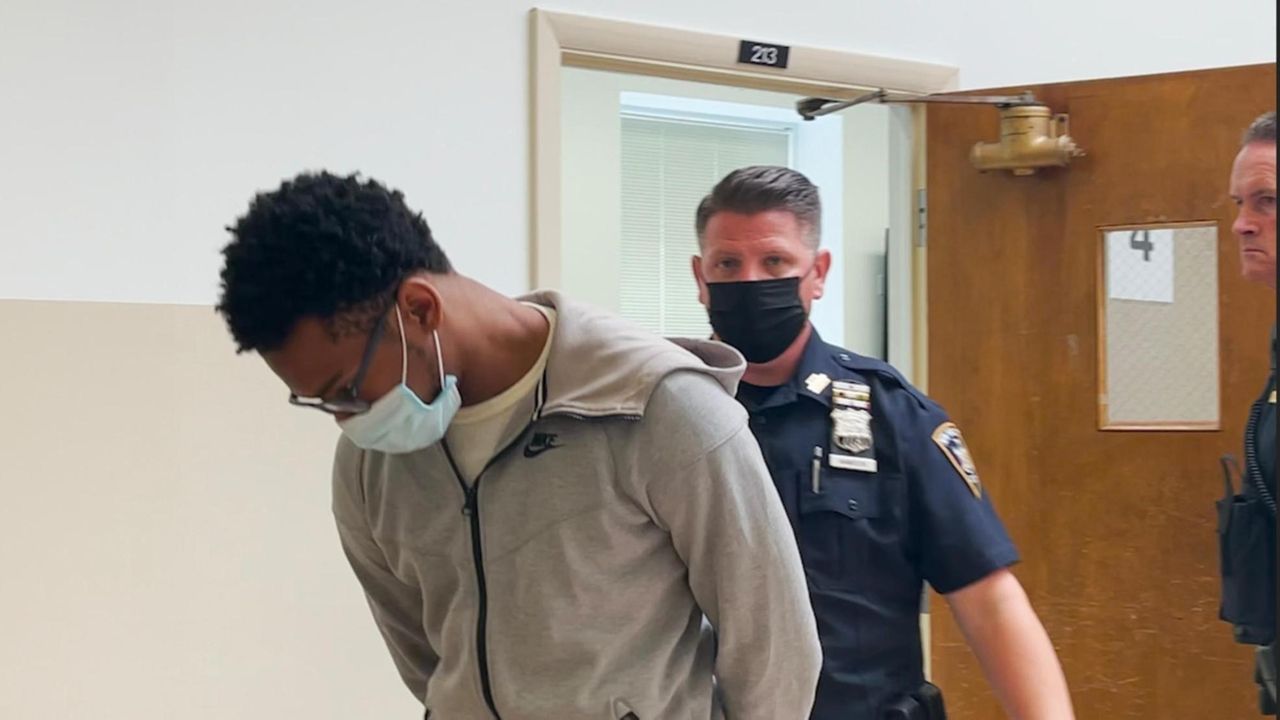 On Friday, Thomas Massenburg, an alleged Bloods gang member, pleaded not guilty to murder and attempted murder charges following a shooting last year at a July Fourth house party in North Massapequa. Newsday spoke with the family of one of the shooting victims, Rashawn Cummings. Credit: Howard Schnapp

An alleged Bloods gang member pleaded not guilty to murder and attempted murder charges Friday after gunfire that erupted last year at a July Fourth house party in North Massapequa left one man dead and wounded two others.

A judge called defendant Thomas Massenburg, 20, a flight risk during his arraignment in Nassau County Court and ordered his continued detention at Nassau’s jail without bail.

A prosecutor said the 11:17 p.m. shooting broke out because of a fight between two groups of partygoers: one from Hempstead and another from Brooklyn. Police said at the time of Massenburg’s June arrest that the factions got into a verbal dispute about a woman before things escalated into gunfire.

The defendant, who authorities said uses the street name "2 Balla" and lives in Queens, also faces assault and gun charges.

The mother of slaying victim Rashawn Cummings, 21, of Hempstead, sobbed quietly as she watched the defendant’s arraignment Friday.

Celia Ridley wore a custom-designed top that had images of her late son at different ages, and her daughter, Natasha Cummings, 23, hugged her as they faced the alleged killer.

"I just want him to pay for what he did to my son," Ridley, 57, said later while decrying gun violence by young adults.

"They’re wasting their lives," the Hempstead mother of six added.

Court records show a grand jury also indicted two other defendants on felony gun charges. One is out on bond following his June arrest and scheduled to be arraigned Monday. Another defendant is described in court records as "John Doe" or by a street name.

Nassau Acting District Attorney Joyce Smith said in a statement Friday that a holiday party "on a quiet street turned violent and deadly when Thomas Massenburg senselessly shot Rashawn Cummings after a physical altercation." She called it "remarkable that more lives were not lost" and promised an aggressive prosecution of the case.

The gunfire at the large gathering on West Drive also wounded Massenburg, along with a 20-year-old Uniondale man he also allegedly shot, according to authorities.

First responders took Massenburg and the 20-year-old to a hospital, where they later were in stable condition, police said after the shooting without releasing their identities. They said Cummings died at the scene.

A prosecutor also said Friday that some information was intercepted on a wiretap connected to a separate investigation.

Nassau police arrested Massenburg in June after they said the NYPD released him after an arrest on unrelated charges of criminal possession of stolen property. He’s also facing a gun case in Brooklyn, a prosecutor said Friday.

Massenburg’s attorney, Mitchell Elman, declined to comment after the arraignment.