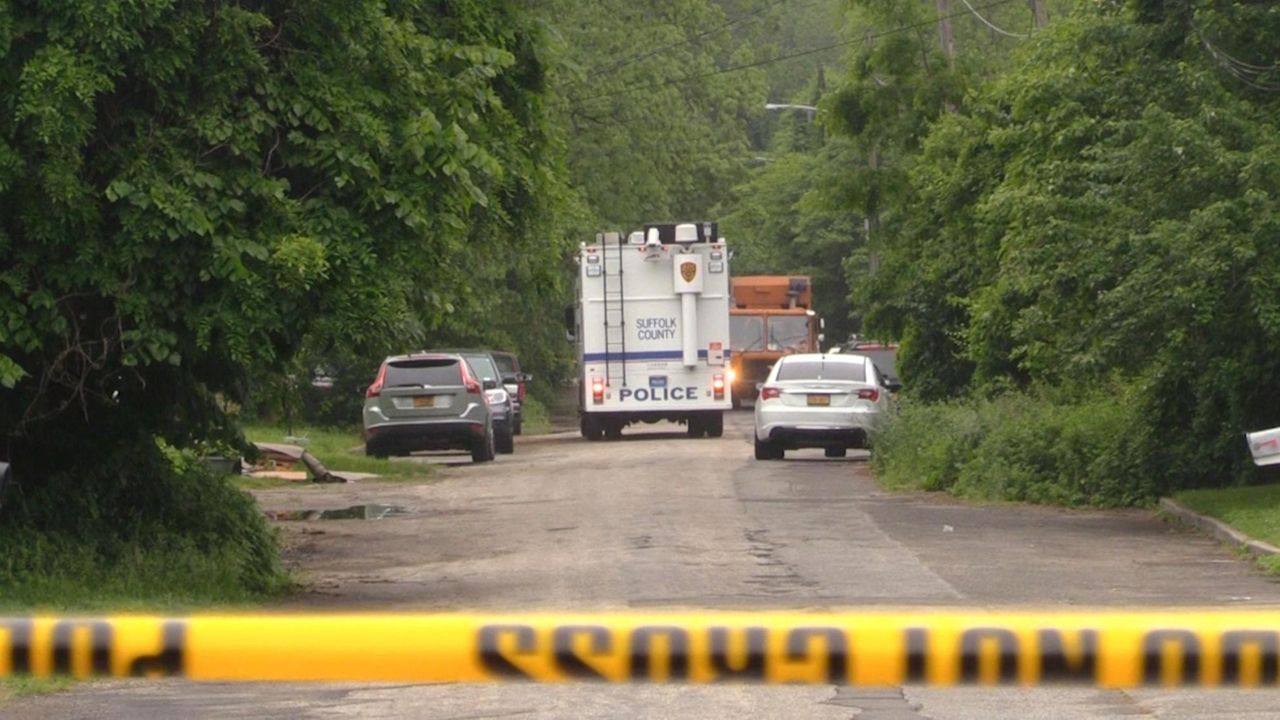 Homicide detectives are investigating the death of a man whose body was found by a sanitation worker on Thursday in Wyandanch, police said. The worker, who was on a garbage truck, saw the body about 7:15 a.m. on the side of Spruce Street, south of Jefferson Avenue, and called police, Suffolk County police said.  Credit: James Carbone

A man whose body was found in Wyandanch early Thursday was the victim of a shooting, Suffolk police said later in the day.

The man was later identified as Terrance L. Mitchell, 40, of Flatbush, Brooklyn. Homicide Squad detectives said Mitchell was shot in the head, and that it's possible he was killed elsewhere before his body was left on the side of the road.

Sanitation worker Keenan Jones said he called police after he saw the body while he was working with a partner Thursday morning.

”It was kind of creepy,” Jones said. “It’s a sad situation.”

Kenneally had said investigators didn't know if the man’s death was related to gang activity. "The victim was pronounced dead at the scene," police said in a statement.

Residents expressed shock at the discovery of the body, saying the neighborhood usually feels safe.

“It’s a quiet neighborhood, and that is why I’m shocked,” said resident Helen Little. “I know Wyandanch gets a bad name, but this area is very quiet.”

Shamiqwa Dixon, who was driving by the intersection of Jefferson Avenue and Spruce Street with friends Dashia Armstrong and Karine Anderson, said the discovery of the body made her worry about her children.

“I have three young kids, I don’t need this going on near my kids,” Dixon said. “This is crazy.”

Jones said he thought of the victim’s family after he saw the body.

Detectives ask anyone with information to call the Homicide Squad at 631-852-6392, or Crime Stoppers at 800-220-TIPS. All calls will be kept confidential.