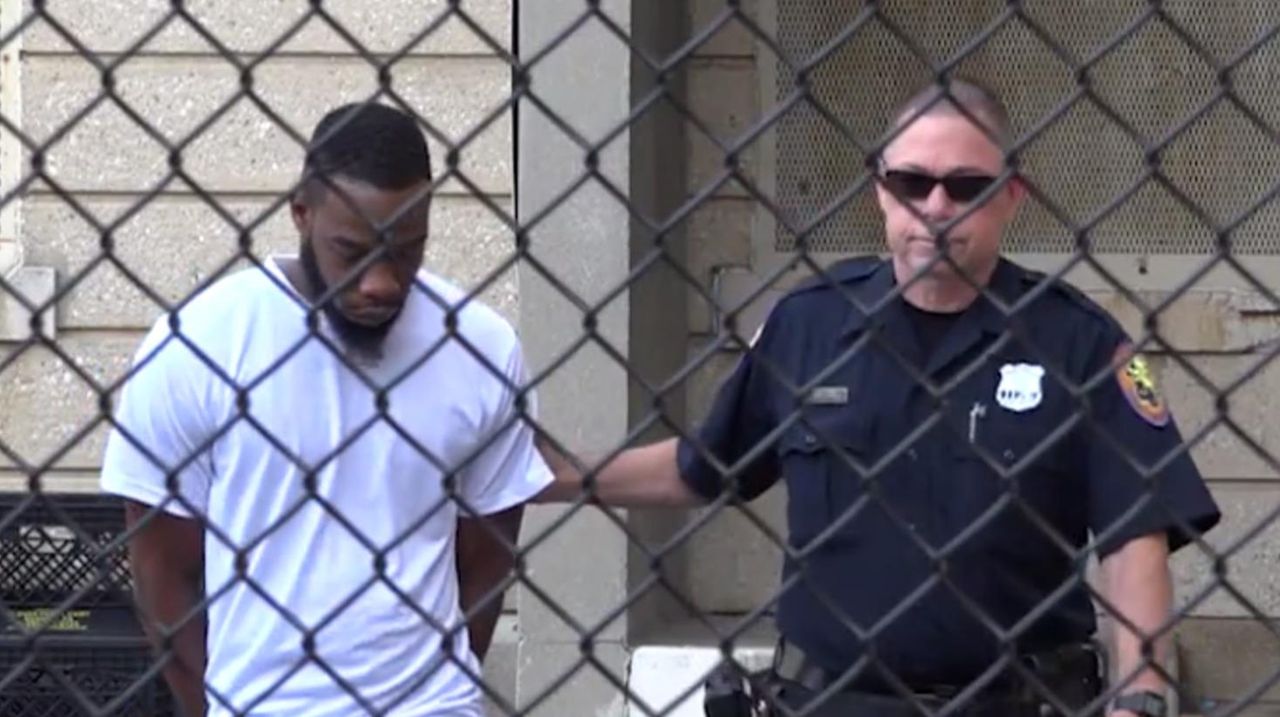 A 3-year-old boy died Thursday night, July 27, 2017, when he ran out in front of a car driving through a parking lot behind an apartment complex in Hempstead, police said. The driver, George J. Graydon, was arrested and charged with aggravated unlicensed operation of a motor vehicle -- after, police said, it was determined he was driving with a suspended license.

A 3-year-old boy died Thursday night after he ran out in front of a car driving through a parking lot behind an apartment complex in Hempstead, police said.

The child, Qualique McDaniels, was taken to Mercy Medical Center in nearby Rockville Centre, where Nassau County police said he was pronounced dead at 9:40 p.m.

The driver, George J. Graydon, 31, of Green Avenue, Hempstead, who remained at the scene and attempted to render aid, was arrested on a charge of aggravated unlicensed operation of a motor vehicle, police said.

A law enforcement source said his driver’s license was suspended because of an insurance lapse.

Graydon entered a not-guilty plea at his arraignment Friday morning in First District Court in Hempstead. Bail was set at $3,000 bond or $1,500 cash. An attorney for Graydon declined to comment.

Graydon has a criminal record that includes multiple felony and misdemeanor convictions for drug offenses and assault, prosecutors said.

A large group of family, including Graydon’s mother and aunt, were in the courtroom but declined to comment as they left the courthouse.

Police said the accident occurred at 9:04 p.m. in the rear parking lot of the complex on Maple Avenue.

Police said Graydon was driving his 2017 Dodge Challenger through the lot when the boy, who was playing on a sidewalk, “ran out in front of the vehicle” and was struck.

Graydon is due back in court Tuesday.

Police said the investigation is continuing.