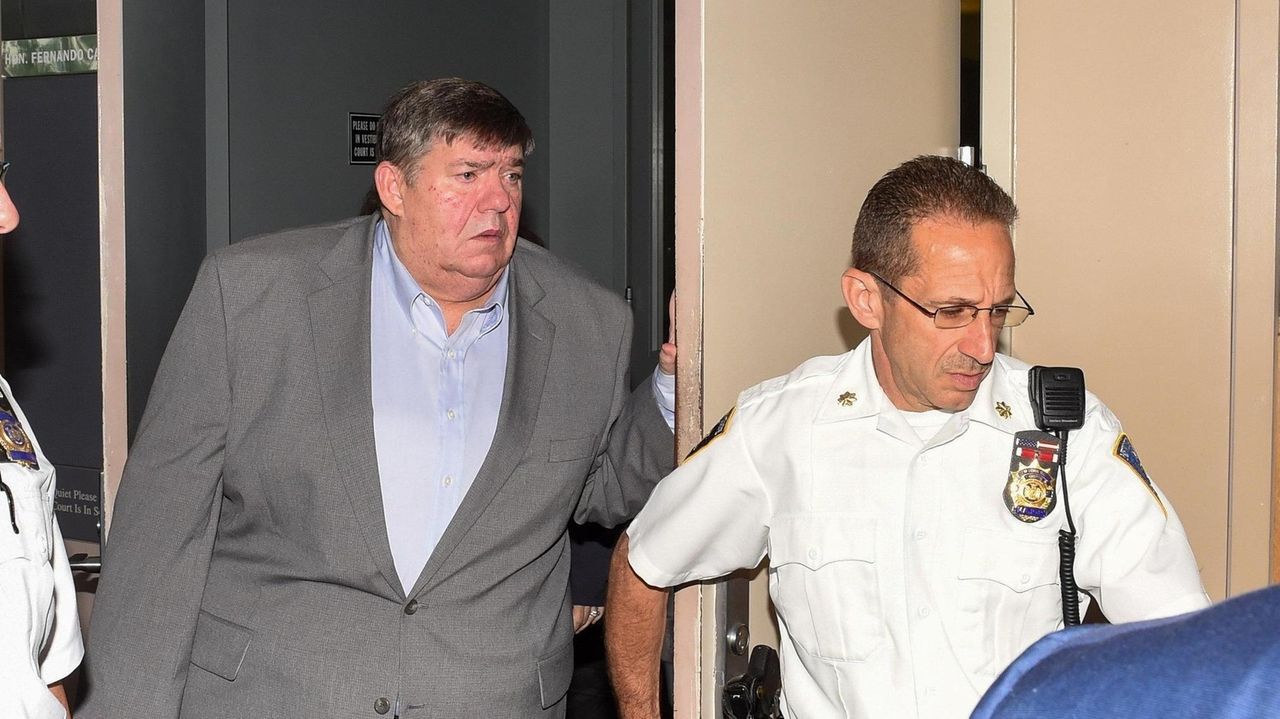 Previous public apologies from the accused drunken driver who allegedly struck and killed 12-year-old Boy Scout Andrew McMorris in Manorville last year were at the center of a courtroom showdown Wednesday morning.

The prosecution is seeking to have defendant Thomas Murphy's statements admitted as evidence at trial, while the driver's new defense attorney said such statements did not come from his client and should not be used against him.

After the arguments at the pre-trial conference in Central Islip, Alisa McMorris, the Scout's mother, appeared near tears as she left the courtroom surrounded by supporters.

"My son was supposed to be entering eighth grade today and I took a picture of my daughter on an empty porch," the mother said.

Murphy, 60, of Holbrook, has pleaded not guilty to aggravated vehicular homicide, assault, driving while intoxicated and other crimes in the Sept. 30 Manorville crash, which also left another Scout seriously injured. The top charge carries a maximum penalty of 8 1/3 to 25 years in prison. Jury selection in his trial is set for Oct. 8.

Murphy had stood beside his then-attorney Stephen McCarthy Jr., of Manhattan, at prior court appearances while the lawyer read from written statements on Murphy's behalf, declaring, "I'm so very sorry." McCarthy read a statement attributed to Murphy following an October appearance in which he said it was Murphy's "ultimate intention to accept responsibility for my role in this tragic accident" and vowed that the McMorris family's healing would "not be delayed by my court proceeding."

On Wednesday, Murphy's new attorney Steven Politi, of Central Islip, said McCarthy was no longer representing Murphy and claimed the prior apologies and other statements weren't approved by the defendant.

"These were never Mr. Murphy's words; these were Mr. McCarthy's words," Politi told the judge, adding that his client never intended to plead guilty in the case.

But Assistant District Attorney Brendan Ahern, chief of the Vehicular Crimes Bureau, argued that the statements were "strategic" and part of a public relations blitz for Murphy, who was himself seeking to influence the jury pool by standing with his attorney and "appearing remorseful."

State Supreme Court Justice Fernando Camacho said he would rule later on the admissibility of the apologies and statements attributed to Murphy.

Reached for comment after the hearing, McCarthy said: “At my suggestion, I introduced Steve Politi to my client Thomas Murphy. Mr. Politi is a quality, local attorney based in Central Islip. I have nothing but affection and respect for Thomas Murphy and his wonderful family and I wish Mr. Murphy and his family absolutely all the best."

Andrew McMorris was one of a group of Scouts, from Troop 161 in Shoreham, who was walking along the shoulder of David Terry Road as part of a hike through the woods when a 2016 Mercedes-Benz driven by Murphy struck them, authorities have said.

Prosecutors have said witnesses reported that Murphy began drinking vodka almost as soon as he arrived at the nearby Swan Lake Golf Club in Manorville about 9 a.m. on Sept. 30.

A blood sample drawn as a result of a search warrant hours later showed a .13 percent blood alcohol content, prosecutors said, adding that forensic toxicologists estimate it was .19 at the time of the crash — more than double the legal limit of 0.08 percent.

Politi also argued Wednesday that the judge should recuse himself from the case, citing comments made by Camacho -- and widely reported in the news media -- during an April 2 hearing when the judge told Murphy he was growing impatient with him repeatedly promising to take responsibility for his actions, but continuing to seek delays in the case.

Politi said Murphy was concerned that the judge's comments could negatively influence a prospective jury pool, giving the impression that Camacho had already determined Murphy to be guilty.

Camacho denied Politi's request, but not before chiding Politi for failing to include the full context of his remarks and reminding the attorney that four months before the hearing, he was told the case was likely being resolved.

Camacho, who on Wednesday read his words aloud from a transcript of the April hearing, said his comments showed "my frustration" with delays in the case.

"There is no question in my mind that I can be fair and impartial in this case," Camacho said.