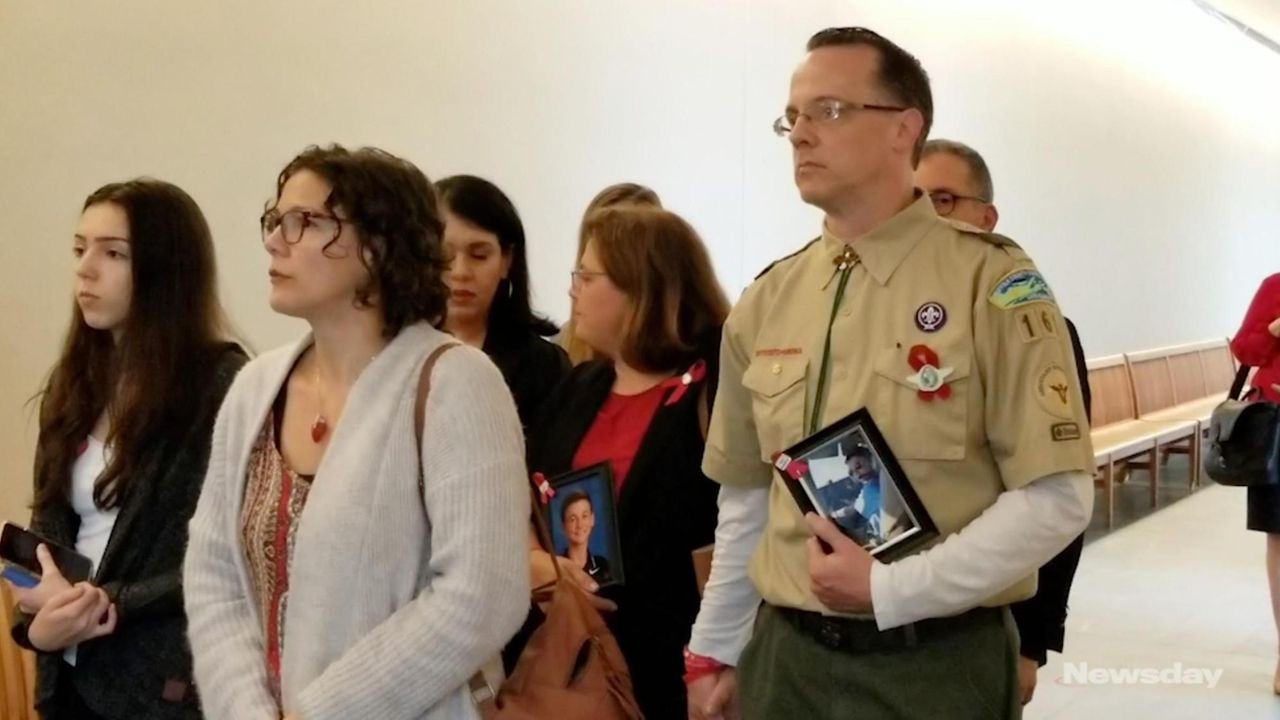 The Holbrook man accused of killing a Wading River Boy Scout while driving drunk decided Thursday not to plead guilty, disappointing the boy’s family and supporters and setting the stage for a trial later in the year.

“Wow,” said several of the victim’s approximately 150 supporters who filled the Central Islip courtroom behind the family of Andrew McMorris, 12, after the minute-long court appearance ended.

“Today wasn’t exactly what we expected,” said Andrew’s mother, Alisa McMorris, afterward. “But we’re ready. The road has been chosen for us, and we’re ready to walk it.”

Thomas Murphy, 60, had raised expectations over the past seven months that he might take a plea in the case. At every court appearance since his Mercedes-Benz plowed into a group of Boy Scouts walking by the side of the road in Manorville, he has issued statements through his attorney that he was remorseful and hoped to take responsibility for his actions as soon as possible. But plea talks stalled after prosecutors declined to negotiate.

Murphy is charged with aggravated vehicular homicide, assault, driving while intoxicated and other crimes. The top charge carries a maximum sentence of 8⅓ to 25 years in prison.

Prosecutors have said Murphy drank vodka all morning while playing golf at Swan Lake Golf Club, refused an offer from an another golfer to drive him home and then plowed into the Scouts not long afterward. A blood sample drawn as a result of search warrant hours later showed a 0.13 percent blood alcohol content, prosecutors have said. Forensic toxicologists estimate it was 0.19 percent at the time of the crash — more than double the legal standard of 0.08 percent.

McCarthy said there was no deal offered for his client to take.

District Attorney Timothy Sini said his office made clear all along it was seeking the maximum sentence in this case. Sini said any defendant has the right to go to trial, but he said Murphy broke his word in public statements he has made in past months.

“He went back on his promise that he was going to accept responsibility for his actions” and spare Andrew’s family the pain of a weekslong trial, Sini said. “So we’re going to try him, and justice will be served.”

Andrew’s parents made their disappointment and heartache clear as they left the courtroom.

“It is what it is,” said Andrew’s father, John McMorris, again wearing the Scoutmaster uniform he wore on the day his son was hit. “What happened that day was 100-percent avoidable. That man drank all day, got into his car and hit five boys.”

Alisa McMorris said, “We’ve expected all along that he would do the honorable thing.” Her voice cracked as she added that she has been without her son for 215 days now.

“You know, when all this is over, I still don’t get my baby back,” she said. “And when this is done, he [Murphy] gets to go home, even after he does his time.”