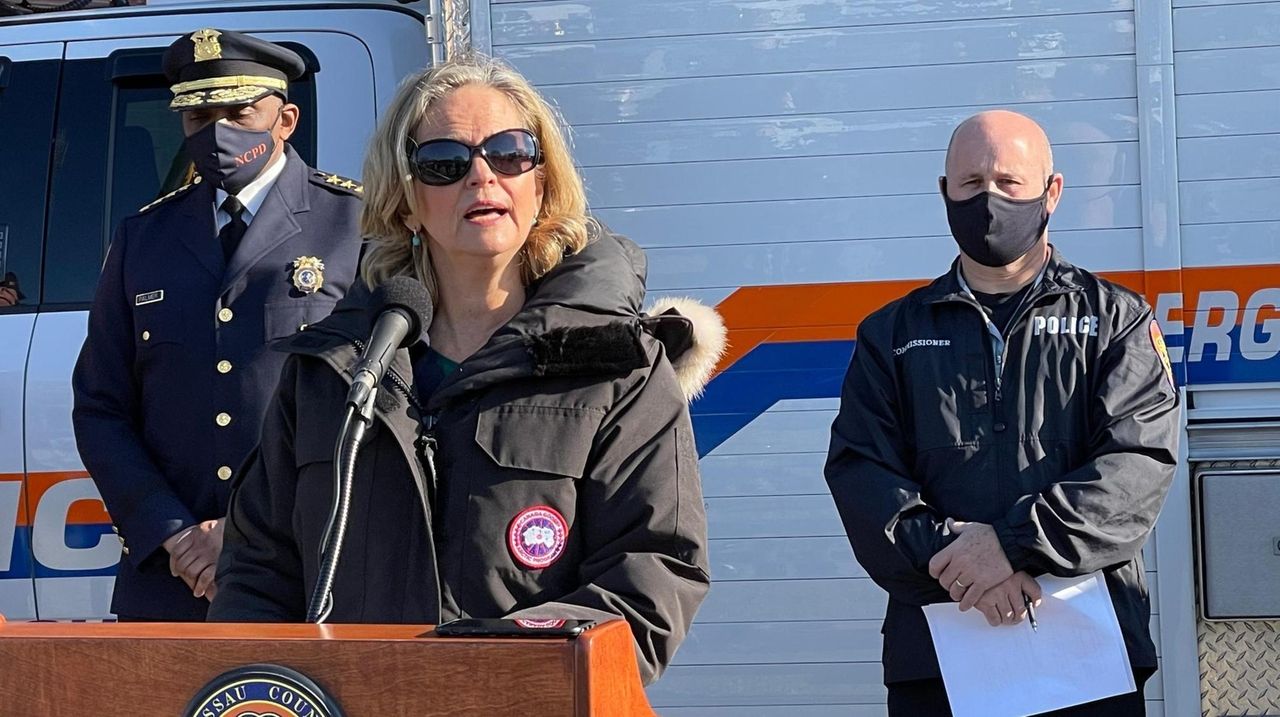 Nassau County Executive Laura Curran on Tuesday said that there is no credible threat to the county or its facilities and she wanted to assure Nassau residents that all possible measures are being taken regarding pre-presidential inauguration security Credit: Howard Schnapp

Nassau County will increase patrols at government buildings, hospitals and houses of worship through the inauguration of President-elect Joe Biden in response to following last week’s siege of the U.S. Capitol by anarchists and non-specific threats by anti-government groups.

Nassau Police Chief Patrick Ryder said he has had regular briefings from the FBI, State Police and NYPD and there is no "credible threat" to the county or its facilities.

But intelligence agencies have warned that anti-government groups are threatening violence leading up to the inaugural at all 50 state capitols.

With the county on "high alert" following Wednesday’s violence in Washington, Ryder said the county will beef up security and patrols at its 135 government buildings, 11 hospitals, 56 school districts, 486 houses of worship, 59 transportation centers and 71 fire departments.

"This is not a political issue," Ryder said at a news briefing Tuesday in Mineola. "It’s about law and order."

No Nassau County employees have been identified as participating in Wednesday’s attack on the Capitol, Ryder said.

Nassau County Executive Laura Curran said while First Amendment rights will be respected, violence will not be tolerated.