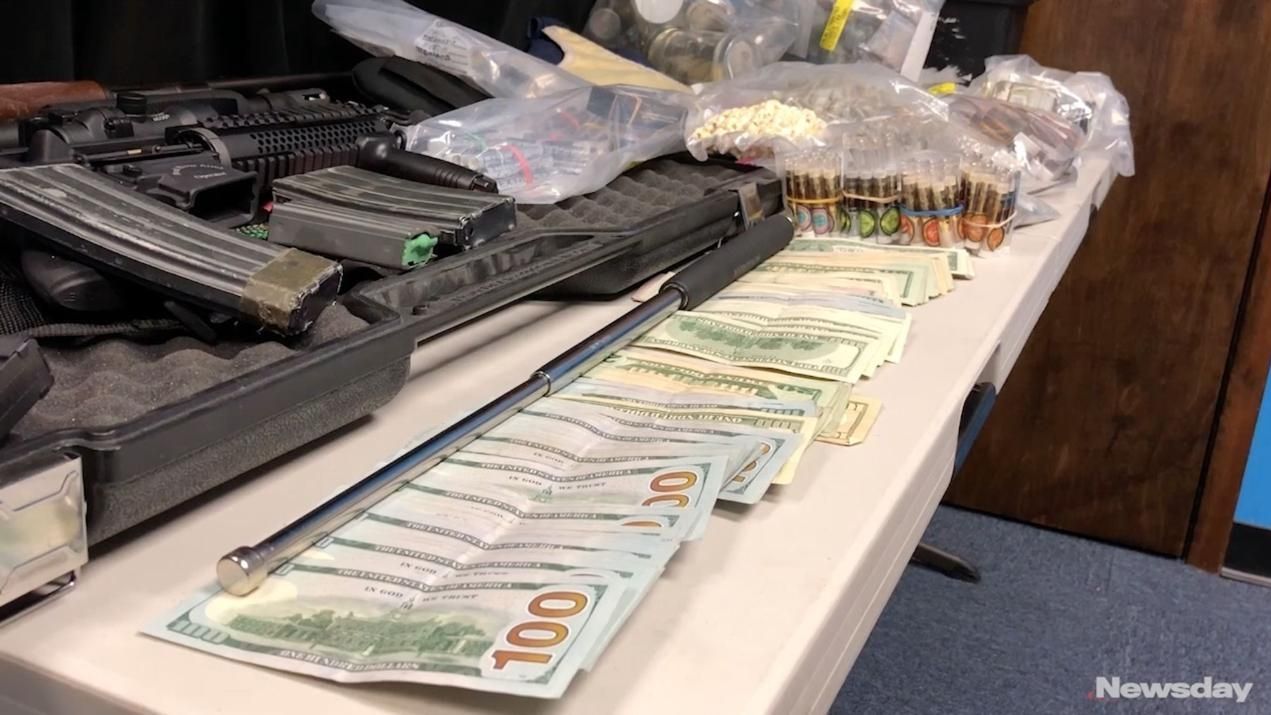 Nassau police said they arrested a Massapequa man on gun and drug possession charges on Wedensday, Dec. 6, 2017, after finding illegal drugs and firearms in his vehicle at a Hicksville car stop,  Credit: Howard Schnapp

Nassau police on Tuesday night seized liquid marijuana and other drugs valued at over $20,000 and an illegal AR-15 semi-automatic rifle from the owner of a North Massapequa store selling pipes and electronic cigarette products, police said Wednesday.

Jason Depietto, 33, of Chicago Avenue Massapequa, was charged with four counts of criminal possession of a controlled substance and third-degree possession of a weapon, police said. An attorney for Depietto could not be reached for comment.

“Our kids are buying these vape pipes and they’re putting the liquid marijuana in them,” said Ryder, at a news conference at police headquarters in Mineola. “It doesn’t put off the same odor as someone smoking a joint walking down the street. We have to engage with our children . . . because they’re onto the liquid marijuana, next you’re doing pills and you’re onto heroin and once you’re in, you ain’t getting out of the heroin game.”

Depietto, the owner of a vape store called Hemp Smarts Holistic Healing Studio on North Broadway in North Massapeuqa, was driving a black 2000 Nissan Pathfinder on West Barclay Street in Hicksville about 9:30 p.m. Tuesday, when police said he crossed the double yellow lines.

Depietto was pulled over and as cops walked toward Depietto’s Nissan, police detected an “odor of marijuana” and saw several concentrated cannabis cartridges and a clear pipe containing marijuana, police said.

Depietto does not have a prior criminal record, police said.

Depietto was ordered held on $150,000 bond or $75,000 cash bail at his arraignment Wednesday in First District Court in Hempstead, said Brendan Brosh, a spokesman for the Nassau District Attorney’s office.

No one answered the phone at Depietto’s business Wednesday afternoon.