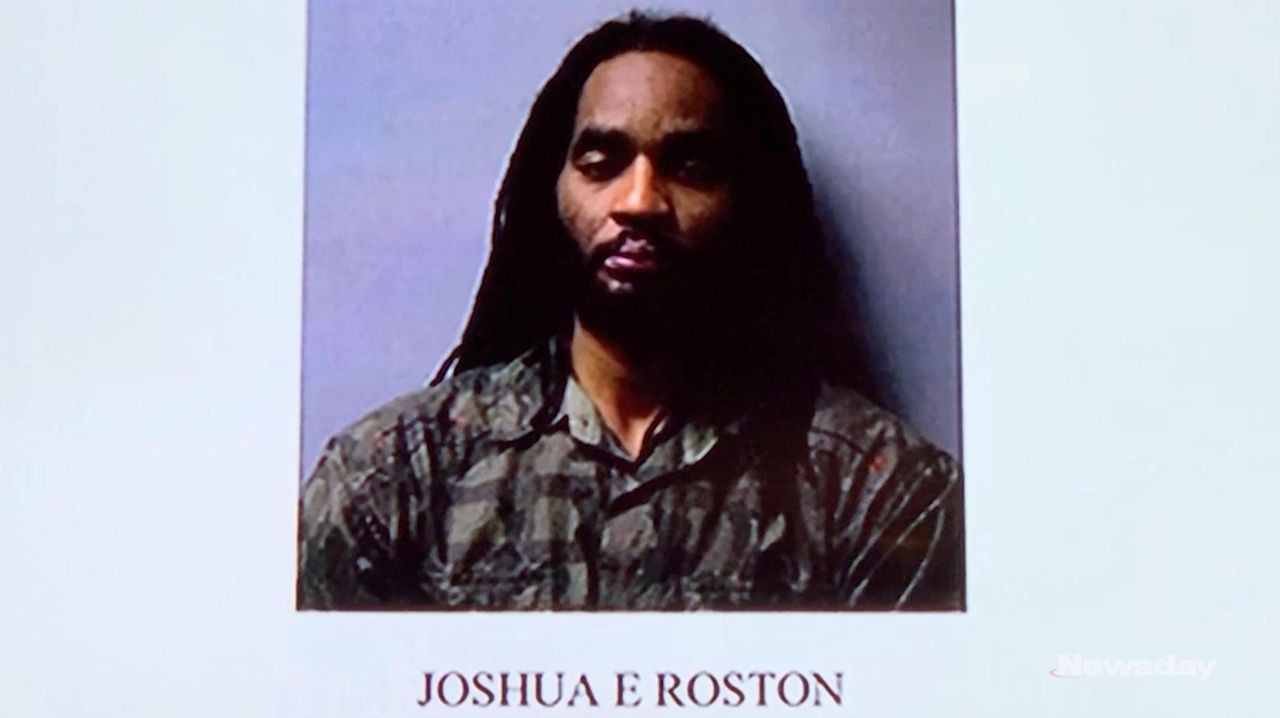 Nassau police have recovered the SUV they say was used to run over and kill a gas station manager earlier this week and identified a suspect in the killing as Joshua E. Roston, 33, of Baldwin. Credit: Howard Schnapp

Nassau police have recovered the SUV they say was used to run over and kill a gas station manager earlier this week and identified a suspect in the killing.

Nassau County Police Commissioner Patrick Ryder said police have already received dozens of tips from people who identified the suspect as Joshua E. Roston, 33, of Baldwin.  He asked for the public's assistance in finding the suspect.

“We want his face all over because we want him arrested and brought into the Nassau County Police Department,” Ryder said during a news conference at police headquarters Thursday. “He is armed and dangerous.”

Police say Roston ran over and killed Cemal Dagdeviren, 59, of Levittown while trying to flee from a Pit Stop gas station in South Hempstead Monday morning without paying for about $22 worth of gas.

Ryder declined to say where or how police recovered the dark GMC Yukon that Roston was allegedly driving when it fatally struck Dagdeviren because the case remains under investigation. He said police believe Roston has left New York State.

Ryder said Roston was briefly in police custody on an unrelated matter just last week: He was arrested Jan. 11 and charged with petty larceny for allegedly attempting to steal a pair of boots from a Sears in the Green Acres Mall in Valley Stream. Hempstead police also arrested Roston on Jan. 5 and charged him with unauthorized use of a vehicle, Ryder said.

Roston was also arrested in April 2018 for allegedly stealing $30 worth of gas from a gas station in Roosevelt, Ryder said.

“This individual, for $21, ruined a family’s life, took an individual’s life at 59 years of age,” Ryder said.

Friends, relatives and co-workers said Dagdeviren, an immigrant from Turkey who moved to the United States seeking opportunities for his family, was a hardworking and friendly man. A vigil was held for him Tuesday night at the gas station and his funeral was held Wednesday.

Police said the owner of the Pit Stop is offering a $5,000 reward for information leading to the apprehension of the suspect, matching the $5,000 offered by Nassau County Crime Stoppers.

Gas station manager mourned as hardworking"My father worked hard for his family," said Ali Dagdeviren, whose father Cemal was run over by a man trying to avoid paying for $22 worth of gas. "We are in a lot of pain. This is really hard for us." Cops: Driver kills manager after stealing $22 in gasThe manager had stepped in front of the SUV when the driver deliberately accelerated into him while speeding away from the station without paying for gas, police said. Most dangerous spots for LI driversThere were 1,073 fatal car accidents on Long Island from 2012 to 2016, according to an examination of National Highway Traffic Safety Administration data. The agency compiled that data from law enforcement. Crime in Nassau and Suffolk, 2006-2017 There were 35,503 violent or property crimes recorded on Long Island in 2017 by the state's Division of Criminal Justice Statistics, a 5.7 percent decrease from 2016.